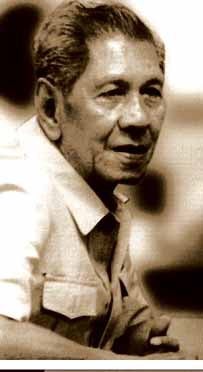 Nick Joaquin’s new book, ‘Gotita de Dragon and Other Stories,’ off the press

On the occasion of the 10th death anniversary on April 29 and the 97th birth anniversary on May 4 of National Artist for Literature Nick Joaquin, Anvil Publishing has released “Gotita de Dragon and Other Stories,” an anthology of five short stories for young adults which re-imagine Philippine folk tales.

The stories in the collection are “Lechonito the Holy Innocent,” “The Mystery Sleeper of Balite Drive,” “The Traveling Salesman and the Split Woman,” “Balikbayan,” and “Gotita de Dragon.”

Cyan Abad-Jugo, author and literature teacher, describes the collection: “The stories are an exhilarating mixture of mythical fantasy and folklore and fairy tale, superstition and legend, science fiction, mystery, and divine intervention. They are told with the same combination of depth and amusement that appears in all of Nick Joaquin’s prose. They are his lasting gifts for us to enjoy no matter how old we are.”

She adds: ““Lechonito the Holy Innocent” continues the magical thread of disaster and love mixed in with religious symbolism. “The Mystery Sleeper of Balite Drive” treats  one to a Filipino interpretation of Snow White. Yet there is also the mysterious figure of the White Lady in that story. The fright factor is never absent, a re-imagined manananggal and a creepy house take center stage in “The Traveling Salesman and The Split Woman” and “Balikbayan” respectively. Finally, wit and whimsy, intrigue, and adventure come to fruition in“Gotita de Dragon.””