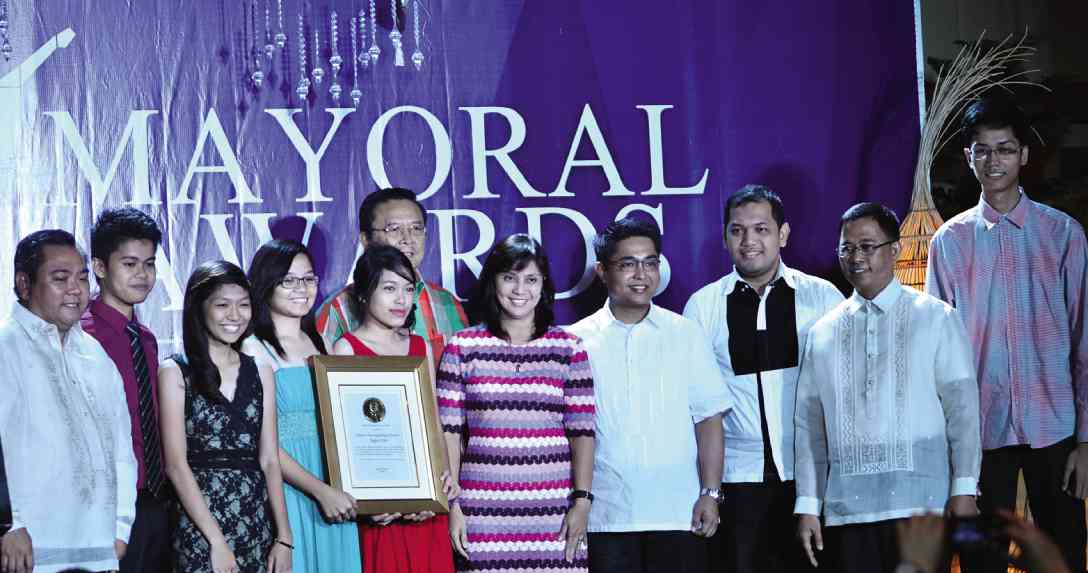 Nagueños who have displayed courage, good governance, heritage advocacy, or all-around excellence in their chosen fields, were honored by the City of Naga through the annual Mayoral Awards.

The awards began in 1968, 20 years after President Elpidio Quirino signed into law House Bill No. 1225 that was sponsored by Rep. Juan Q. Miranda, declaring Naga a chartered city.

“Today, on our 66th charter anniversary, we take time to rekindle our city’s glorious past as we celebrate the gains of the present and move on to secure a brighter future,” said Mayor Bongat. “It is on this special day that we are also holding in high esteem our outstanding citizens who have done their share in making our city truly a ‘Maigmang Lugar.’ Most fittingly, these men and women will today be conferred the honors that bear our beloved heroes’ names: Miranda, Aureus, Rosales and Robredo.”

The Juan Querubin Miranda Award is the highest and is named after the Father of the City Charter of Naga. This year’s recipient is VCA Cecilio Printing Press, which was founded in 1949 and remains one of the most important contributors to the continued blossoming of the Bicol language. Cecilio Press is recognized for its effort in nurturing the region’s culture through the publication and distribution of various literatures such as novenas, devotional materials, corridor, comedias, and prayers written in Bicol.

The Leon Salem Aureus Award is the second highest and is named after the first Mayor of Naga. Aureus was tasked to govern and rehabilitate the city after World War II, serving as Commander Miranda’s executive officer.

The movie business in Naga might have been different if it were not for enterprising Lebanese couple Victor Bichara and Emily Panayotti who came to the city in the 1920’. Naga was the booming capital town of Camarines Sur when the couple bought a lot and building in 1923 which became a movie theater that showed silent films. It branched out to many other towns and introduced the “talking” films to the locals in the 1930s.

Buencamino, a talented stage and film actress, has won numerous awards (Golden Screen and Asian Film Awards) for her works in indie films. Buencamino worked with the late director Marilou Diaz-Abaya on her last film “Ikaw ang Pag-ibig” (2011) about the Our Lady of Penafrancia, Principal Patroness and Queen of Bicol. She said the award was a blessing and that acting has to be truthful so it “resonates and reaches the heart of any viewer.”

A physician specializing in rehabilitation medicine for three decades, Dr. Bundoc gives her time and attention to persons with disabilities (PWDs), especially the orthopedically challenged, providing them mobility devices.

“It’s a very big honor because it exemplifies what each and everyone in the city aims to do,” said Dr. Bundoc. “This increases the awareness not only of the people of the city but of the entire country with regards to the services that will greatly assist PWDs who are the least served. If you give them opportunities, they will be able to improve their lives.”

Crippled at age three, Carranza is one of Naga’s successful micro-entrepreneurs. Abandoned by her husband 14 years ago, she and her four children put up a retail store and eventually ventured into making selling tofu, soya milk, nutrimeat and soy-based bread.

Carranza is an officer of the Naga City PWD Federation and she has initiated feeding sessions for pre-school children in different barangay.

Illo is a scholar on gender awareness and development.

The Jesse Manalastas Robredo Youth Award began only last year. It is named after the late Naga mayor, interior and local government secretary and Ramon Magsaysay awardee who died in a plane crash in 2012.

The youth award in his name is given to an individual or group that displays qualities of good leadership that the dynamic and charismatic mayor was known for.

Recipients of the award this year are the Ateneo Sarong Bangui Junior Eagles, a socio-civic organization involved in shelter and sanitation, education, and environment; and Monica Mae Mendrique Montero, a young gymnast who has represented Naga in various regional, national, and international competitions, such as the 10th Singapore Gymnastics Open.

Two tricycle drivers, meanwhile, shared the Lt. Delfin C. Rosales Award. Launched this year, the award is named after a brave young soldier who plunged into a hail of bullets fired by Japanese soldiers in an effort to save a wounded comrade. This is conferred on any citizen of the city who has shown extraordinary acts of heroism, valor, and civic duty.

Alex Estanislao, father of 11 children, has more than once demonstrated his honesty and upright citizenship by returning a wallet containing cash and checks amounting to over half a million pesos last October. A few years ago, he returned an attaché case that had P35,000 and a check amounting to P1.5 million.

Also in October 2013, 25-year-old Jason Federis found a wallet in his tricycle and personally traced the owner just to return it.