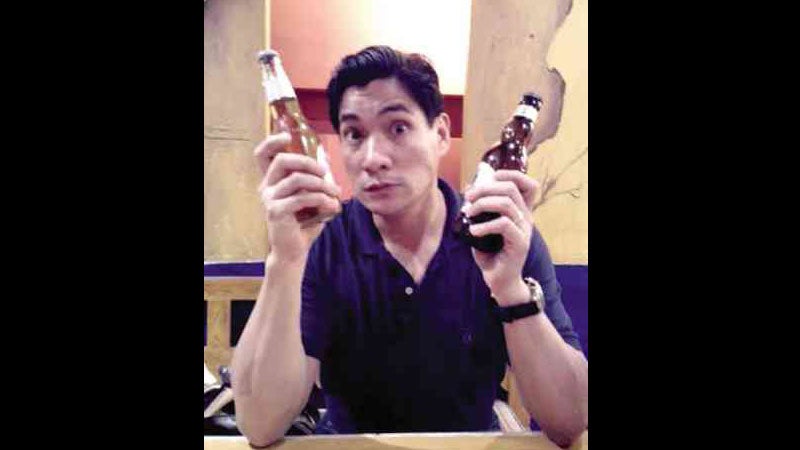 Why drinking alcohol can make you fat

Drinking alcohol can make you fat. There are no ifs or buts. This is a fact that scientists, doctors, fitness professionals and your mother have been saying for years.

We either listen to them or fool ourselves that we are somehow an exemption to the rules of body chemistry. Science has proven that consuming alcoholic beverages pushes the human body toward obesity.

It has to do with calories. You have heard that word a lot, but what does it actually refer to?

A calorie is the amount of energy that food provides. Researchers determine the number of calories in particular food items by burning them in a device called a calorimeter and then measuring the amount of heat that is produced.

A single calorie is equal to the amount of energy that is needed to raise the temperature of one liter of water 1 degree Celsius. Protein and carbohydrates contain 4 calories per gram, a gram of fat contains 9 calories, and a gram of alcohol contains 7 calories. This tells us that your favorite alcoholic drinks are high in calories.

In my younger days, I would hear people complain about being potbellied—a condition in which a person’s extra fat is so concentrated in their front abdominal area that it looks like they are pregnant, or their body’s figure is similar to the old pot belly stoves that burned wood or charcoal.

Some people who have a bulging belly hanging over their waist do not even drink alcohol. But the link to their condition is still the extra calories.

Almost everyone who drinks alcohol or knows people who drink has heard of the “beer belly.” The term is said to have been coined from the old days in Europe where traveling strong men performed feats of strength (like using one hand to lift a woman off the ground, or tearing a book in half with bare hands) for the public.

They often accepted mugs of beer as tips from the audience, which they swiftly gulped down while performing. Despite their muscular bodies they tended to have big, bulging bellies. A majority of beer drinkers today have beer bellies.

People who drink alcohol regularly have a harder time losing their body fat than their friends who do not drink.

The International Journal of Obesity and Other Metabolic Disorders featured an article in 1998 saying that rising levels of drinking alcohol was linked with increasing waist-to-hip measurements among study participants, indicating greater deposits of abdominal fat.

I have some stout friends who play two-hour sessions of badminton three to four times a week. They admitted that the reason they do not lose their fat is their regular after-the-games meal that includes two to four beers to wash down their food.

Aside from giving you all those extra calories, alcoholic beverages have been shown to affect your metabolism as well. Another study showed that men who drank just two vodka cocktails during a 30-minute period experienced a decrease in their metabolism by up to 73 percent!

Look at the way your body metabolizes alcohol. Alcohol is digested differently from other food and drinks. The calories in alcohol are burned very fast by the body.

Because of this, more of the unmetabolized food is used by your body for fat production. The end result is that fat has more chances to accumulate and be stored in your body.

Research has shown that moderate red wine consumption has a lower risk of heart disease. The keyword is “moderate,” equivalent to 120 ml of red wine each day.

One of the benefits is increased blood circulation and reduced production of arterial plaque. But the benefits pertain to avoidance of heart disease, not fat control.

There are clear disadvantages from drinking alcohol if you are hoping to speed up your metabolism.

Alcohol is a diuretic (makes you urinate more) and actually dehydrates your body. In 2003, research from the University of Utah showed that being dehydrated slows down your metabolism. So, if you drink alcohol, you should follow it with water to be sure that you stay sufficiently hydrated.

Alcohol increases appetite and relaxes any dieting restraints you may have put on yourself. After several drinks, people tend to eat food they would normally avoid.

Research also shows that alcohol helps some people sleep faster. But the sleep may be shallow (and conversely less relaxing) and only for a shorter period. Studies conducted in 2004 at the University of Chicago and at Stanford University showed that less sleep is linked to obesity.

I am not saying that drinking alcohol is bad or that people should not drink. These are just a few points on why too much of it can make you fat and make it difficult to lose weight.

If you are one who enjoys a few “happy hour” drinks after work, or some wine over dinner, be aware that you may be consuming a lot of empty calories that can make your metabolism slow down.

Knowing this may help you make adjustments in your lifestyle that you feel will allow you to enjoy it in the best way.