Toys for the young ones, young once | Lifestyle.INQ ❮ ❯ 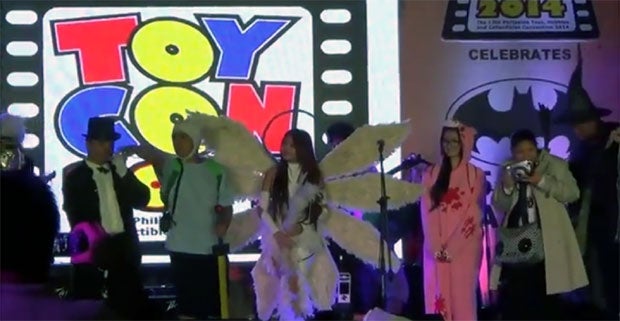 Toys for the young ones, young once

MANILA, Philippines – While many children are spending money on the latest gadgets, Miguel Yulo is fascinated collecting Star Wars toys.

Yulo, 14, said he became fascinated with Star Wars toys at seven but began collecting them when he was 12. Star Wars, produced by American George Lucas, is a hit epic space movie in two trilogies.

“I have always wanted to collect toys as a kid. I am really into it,” he said.

At the Philippine Toys, Hobbies and Collectibles Convention or Toycon at SM Megamall, Yulo did not waste time as he spent three hours looking around the displays.

When asked about his budget, Yulo admitted to having spent P6,500 on a single item and said that he was willing to spend more on his favourite toys.

The event highlighted the 75th anniversary of DC Comics’ caped Crusader, Batman with a huge Batman display area, a life-size Batpod, an activity area for kids, exciting new Batman merchandise, and a gallery of art and collectibles of the Dark Knight Detective.

The convention also previewed the trailer of Rurouni Kenshin live-action film with a display of original costumes from the sensational Japanese hit movie.

Other exhibits include G.I. Joe on its 50th anniversary, the Philippine Lego Users Group, Coca-Cola Collectibles, One Sixth Republic and Pinoy Sixth Scale collectors’ items and the Toycon Gallery.

Gaming also took center stage at the convention with the biggest game companies, like Level-Up, War Gaming, Cherry Credits and Uplink releasing the latest versions of their top games.

Now on its 13th year, Toycon is one of Asia’s biggest and longest running convention for collectibles, toys, anime, comics, cosplay, gaming.