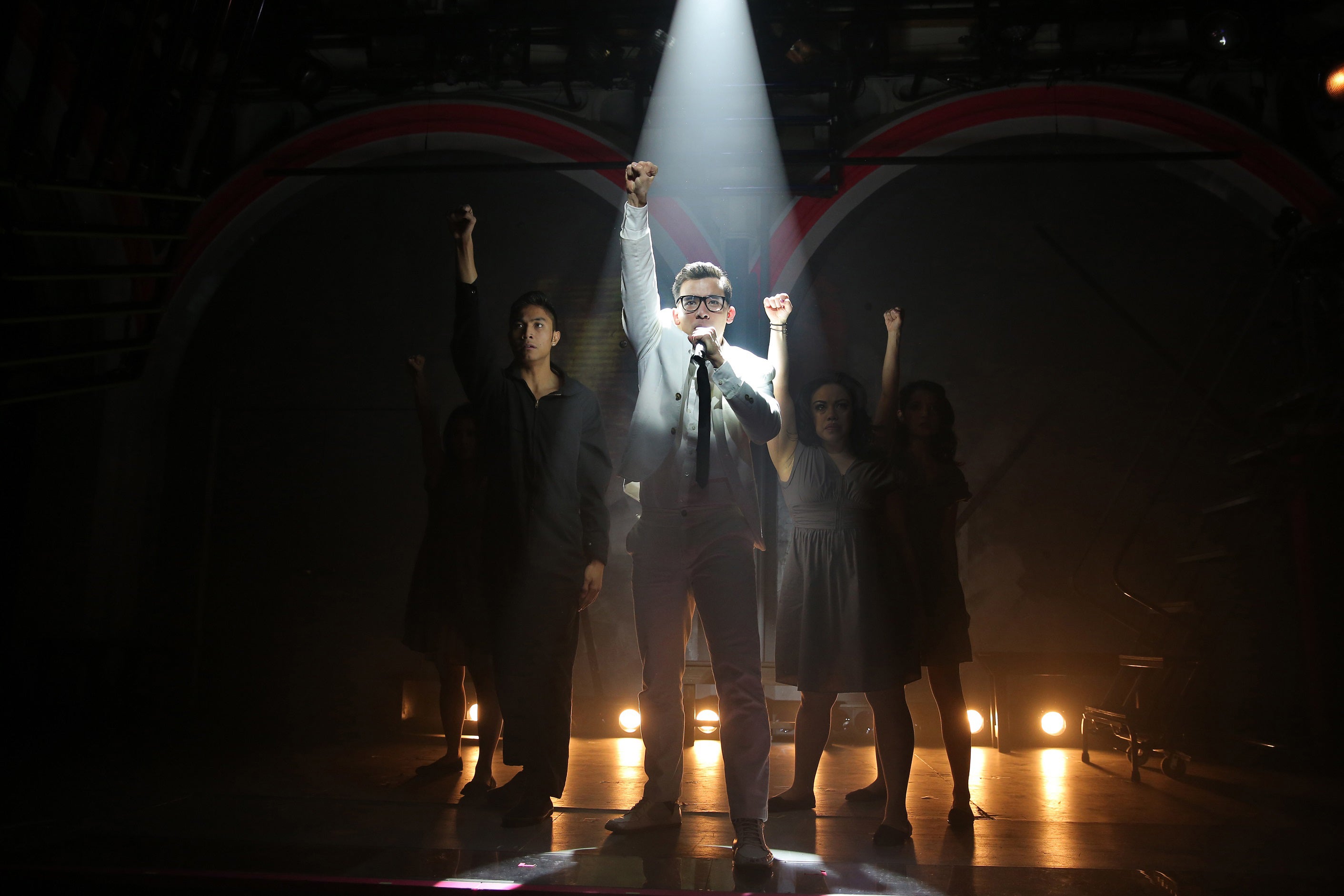 Within a pulsating dance club atmosphere, David Byrne and Fatboy Slim deconstruct the astonishing journey of First Lady Imelda Marcos retracing her meteoric rise to power and subsequent descent into infamy and disgrace at the end of the People Power Revolution.

“Here Lies Love” is neither a period piece nor a biography, neither a play nor a traditional musical but an immersive theatrical event combining songs influenced by four decades of dance music, adrenaline-fueled choreography, and a remarkable 360-degree scenic and video environment to go beyond Imelda Marco’s near-mythic obsession with shoes and explore the tragic consequences of the abuse of power.

“Here Lies Love” is looking for actors aged 20 – 35 of various ethnic backgrounds to represent the diverse population of the Philippines. All must have a great pop singing voice and move well, and be proficient in the English language.

The interested parties are requested to audition if they would be able to temporarily relocate to London and are available for the following dates: Rehearsals starting August 18 or August 25 this year; first preview on September 30; press night on October 13; playing at the National Theatre, London, until January 2015, with the possibility of a future life in London throughout 2015.

Those interested are asked to be prepared to attend a one hour dance call. Successful participants will then be asked to sing a contemporary pop song and bring the sheet music. No backing tracks or minus one allowed. A pianist will be provided. Those who will audition are asked to prepare a curriculum vitae and photograph stapled together and be prepared to wait.

Open call auditions for “Here Lies Love” will be held on Saturday, July 5 and Sunday, July 6 at the Opera Haus, 3657 Bautista Street (near the corner of Buendia), Makati City.

Registration for auditions will be held on Wednesday, July 2, from 12 noon to 4 pm also at the Opera Haus.