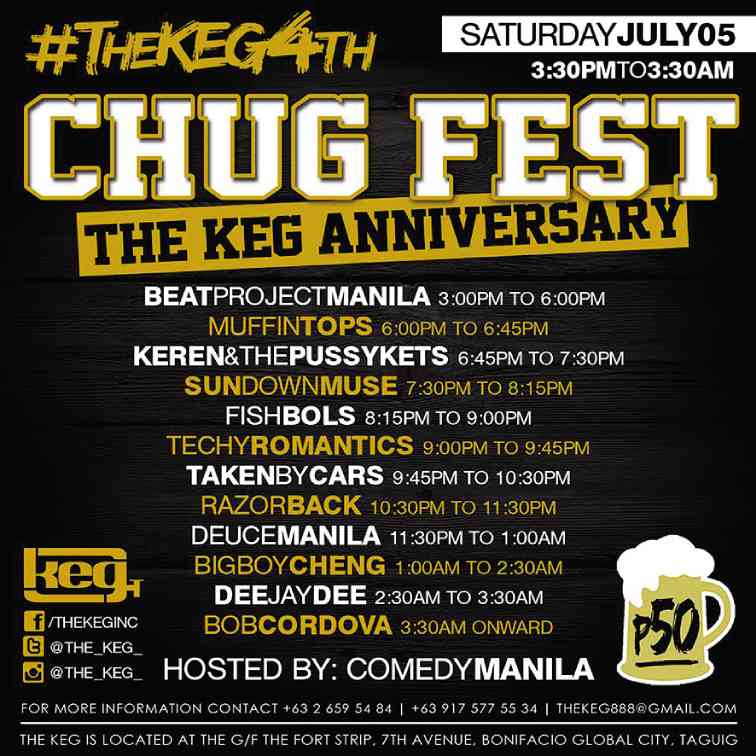 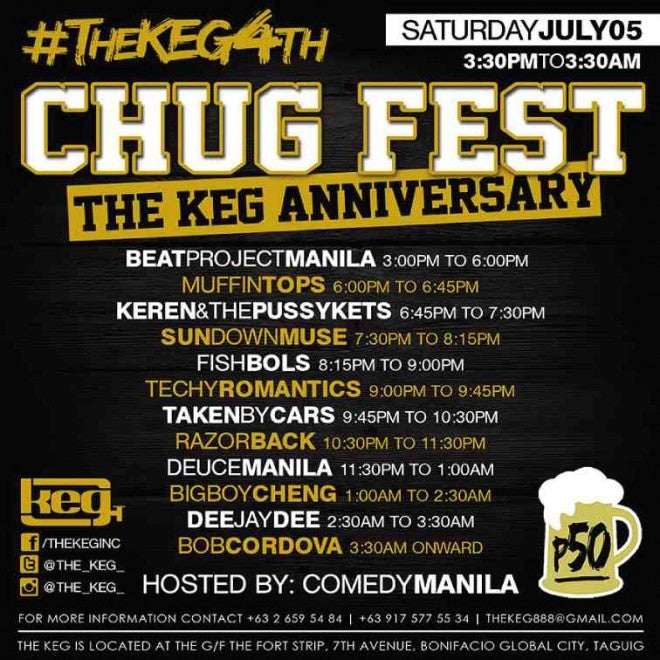 You don’t have to wait for October to have all the beer you can drink. How about starting early, say, next weekend?

The Keg, a bar located at the Fort Strip in Bonifacio Global City, is celebrating its fourth anniversary with “The Chug Fest,” a beer and music festival.

At exactly 3:30 p.m. on July 5, the kegs stationed around the venue will start flowing. Grab a beer for only P50 while listening to music provided by Beat Project Manila, the first DJ studio in Manila.

The event will also feature Pinoy bands such as Razorback, Techy Romantics and Taken by Cars.

Deuce Manila, the country’s first DJ duo composed of Kat DJ and Patty Tiu, will be playing after the live band sets.

“The Chug Fest” will be hosted by Comedy Manila, a group that performs Monday nights at The Keg.

There will also be performances from SunDownMuse, Keren and the Pussykets, MuffinTops, The Fishbols, DJ Dee, DJ Big Boy Cheng and DJ Bob Cordova.