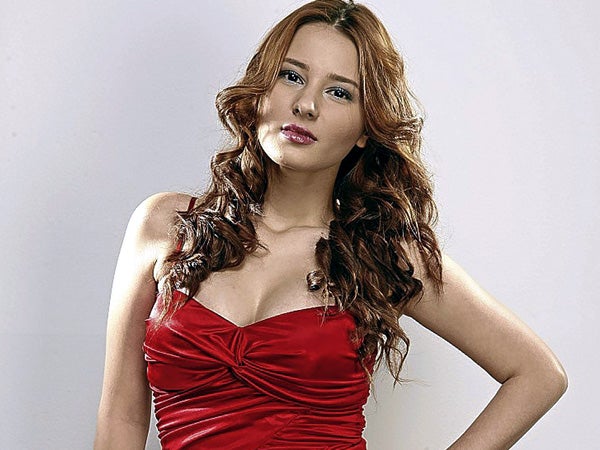 American singing superstar Mariah Carey’s infamous breakdown in 2001 resulted in her easing herself out of the limelight to seek professional help for what was then referred to as “emotional and physical exhaustion.” Pundits surmise her collapse was a result of the poor showing of “Glitter,” the semi-biographical flick which was her big foray in the movies. Many critics thought the diva was not prepared for it because she had only known success almost all her professional life.

Carey’s curious case is not new to the industry, and neither is it exclusive to Hollywood celebrities. Philippine show business also has an instructive history of infamous breakdowns.

A case in point is the late sultry singer Didith Reyes, the voice behind the classic hit “Bakit Ako Mahihiya?” Reyes was undeniably the jukebox diva of the ’70s, a vital member of the bands Time Machine and Circus Band before striking out on her own.

After being plucked from the band circuit, Reyes recorded hit after hit, with powerful songs that not only scored commercial success but reaped awards for her musical talent as well. In the 1977 Tokyo Musical Festival, the sultry songstress bagged the Gold Prize and the Best Performer Award. She has been credited for paving the way for other jukebox queens like Claire de la Fuente, Imelda Papin and Eva Eugenio.

But the sweet life evaded the jukebox diva as quickly as it came.  An inflated ego, an attitude problem, unprofessionalism, sexual excesses and an addiction to alcohol and drugs led to a downward spiral and a quick slip into oblivion. She resurfaced in late 2000, begging for alms. Help came her way, but it was too late for the singer to resurrect her career.

In December 2008, Reyes was found dead in a friend’s modest dwelling in Biñan, Laguna. At the time of her death at 60, she was working as a receptionist in a local beauty salon.

Another explosive local celebrity meltdown is that of ’80s bombshell Janice Jurado.  Like Reyes, she was enjoying a flourishing career in the entertainment industry when a drug and alcohol habit derailed it.  Jurado’s showbiz success was due to her sexy comedic portrayals that she essayed so convincingly and enjoyed tremendously.  But success also made it convenient for her to satiate her craving for booze and illegal substances, that in turn led to an impoverished and lonely life.  Last year, Jurado admitted to having been diagnosed with breast cancer. She now sells barbecue along a busy Manila street to raise money for her medication.

But local show biz breakdowns are by no means confined to female celebrities.

Local comedian Richie d’ Horsie likewise tumbled and fell flat on his face. With more than a dozen movies to his credit and successful television shows tucked under his belt, Richie was able to savor the good life. Trading punch lines with some of the country’s best comics, he easily landed movie projects.

But like Reyes and Jurado, Richie also succumbed to vices and even ended up in jail because of drug charges but was later acquitted.  Thanks to good friend Vic Sotto, he managed to resurrect his career and has appeared in five Sotto starrers.  He also stars in Sotto’s sitcom “My Darling Aswang,” and occasionally appears on the noontime show “Eat…Bulaga!”

Another successful comeback story is that of award-winning actress Gina Pareño.  Before Jurado dominated the sexy comedy genre, Pareño flourished in that mold.  She was discovered in the ’60s and enjoyed a robust career in the movies. But she was also stubborn and ignored the rigid rules imposed on contract stars.  Her carefree ways led to an unplanned pregnancy in 1968, even before she could finish her launching movie, “Mama.”

After giving birth in 1969, she staged a successful comeback when she donned Pinay super heroine Darna’s scarlet costume to star in the hit movie “Si Darna at ang Planetman.” She relished her success for over a decade but stumbled anew because of drugs.  At one time, tabloid headlines bannered her reduced circumstances that had her selling dusters in Baclaran.  A public admission of her drug problem and a plea for understanding resulted in a helping hand and a stint at the rehab center.  Soon enough, the movie roles started coming again.

Today, Pareño is one of the most accomplished actresses in the industry, with international acting awards attached to her name, especially for her role in the independent films “Serbis” and “Kubrador.”

But local show biz breakdowns have transcended generations, as today’s young celebrities tread the same slippery path to stardom.  Among those who have slipped and stumbled is Jackie Rice, whose career started with the reality-TV talent search “Starstruck.” Relishing a lucrative career in show biz, Rice partied like there was no tomorrow. She was constantly sighted in bars, absorbed in drinking sprees with her friends.  Rice’s excesses led to her suspension from several projects.

With help from her talent management company,  Rice slowly regained focus and has since appeared in TV-movie projects, and landed a major role in the afternoon soap,  “Sisid.”

The life stories of Reyes, Jurado, Richie, Pareño and Rice are typical in showbiz. Stories of struggle, of brief success and monumental failures, of self-destructive excesses and nasty habits show that in the entertainment world, life often imitates art.  But unlike in most Filipino movies, there are no guarantees of happy endings in real life.