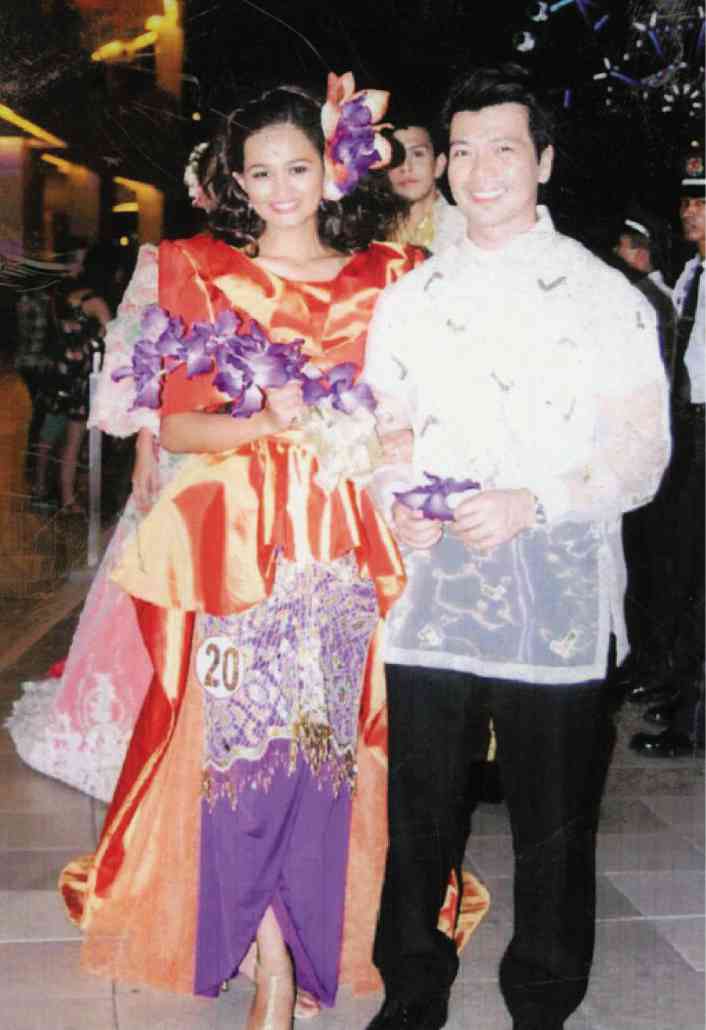 Piat devotees to hold Mass at Santo Domingo July 5; Musical on Bishop Verzosa to be staged

I will always be grateful to Archbishop Emeritus Diosdado Talamayan for inviting Barge Ramos and myself in 1993 to visit Piat. The church was small and Our Lady of the Visitation of Piat was easy to reach on her altar.

From that day on, miracles and answered prayers came one after the other. In gratitude, I put Our Lady of Piat on the cover of my book, “Purely Personal Book of Miracles” (available at National Book Store).

My friend Bobby Caballero, also a Piat devotee, had given me the cover photo.

Auxiliary Bishop Ricardo Baccay of Tuguegarao will officiate the concelebrated Mass at 9 a.m. with Fr. Stephen Simangan, chaplain of the Philippine Coast Guard in Palawan, and Fr. Bong Cabrera, parish priest of Mary of the Immaculate Conception in Teresa Village, Project 6, QC, as concelebrants.

The Piat image donated by the family of the late Dr. Soledad Cortez will be venerated.  The North Fairview ME Choir will sing during the Mass.

Revered for his heroic virtues, Servant of God Bishop Alfredo Florentin Verzosa of Ilocos Sur (1877-1954) may be the next Filipino saint whose canonization we will witness in our lifetime.

The opening of the Cause for Bishop Verzosa’s Beatification and Canonization was initiated at the Metropolitan Cathedral of St. Paul in Vigan, Ilocos Sur, on Jan. 11, 2013, and will close in 2015.

Afterward the compiled documentation will be brought to Rome.

To celebrate his life, a musical play will be staged with a gala night on July 6, at SM Aura Theater in Bonifacio Global City, Taguig.

The gala night will be graced by members of the Catholic Bishops Conference of the Philippines.

The Congregacion Santissimo Nombre del Niño Jesus, with Ben Farrales as founding chair, spearheaded the Grand Flores de Mayo 2014 on May 4 at the SM Mall of Asia.

With the participation of the country’s top and talented fashion designers, this year’s event paid tribute to the late Doña Aurora Aragon-Quezon, wife of Commonwealth President Manuel L. Quezon.

With Doña Aurora as the honoree, the fashion theme of the affair turned retrospective, showcasing various interpretations of the baro’t saya,  while employing the festive and vivid colors reflective of the Flores de Mayo in Baler.

For well-known fashion designer Edgar Allan, who has been associated with ultra-glamorous haute couture creations, his design inspiration was based on the elegant Traje de Mestiza, the popular ball gown style of the era.

Wearing his creation was sagala KC Gonzalez who was escorted by Edgar Selva, image model of Kasuotang Pilipino.

The Friends of Bro. Richie Fernando Movement is a group of young men and women inspired by the example of the Jesuit scholastic who died on Oct. 17, 1996, when he tried to shield disabled children in Cambodia from a grenade thrower.

On July 4, 7 p.m., Visitacion Fernando will talk about “Spirit-Filled Families” and her son, Brother Richie, at the Parish-Shrine of Our Lady of Mercy, Elpidio Quirino Highway and Dumalay Street in Novaliches (Bayan), Quezon City. Call 9392811.

Mervyn Perez heads Friends.  He e-mailed me to say that since 2008, he had been a collaborator in promoting the cause for beatification of the Jesuit brother. He added he had asked Novaliches Bishop Antonio Tobias on how to open the cause, and Tobias had assigned Msgr. Jesus Romulo Rañada to the task.

“I have also formed an online Prayer Community, the Friends of Bro. Richie Fernando, SJ, on Facebook. The address is https://www.facebook.com/

“Here, we gather prayer intentions and pray for them, asking the intercession of Bro. Richie,” Perez added.

There have been testimonies of people who have been helped by the intercession reportedly of Brother Richie, such as Fr. Christopher F. Amoroso, MSP. His article is on www.misyonon

Our Lady of Medjugorje Prayer Group will open the praying of 2,000 Hail Mary’s on July 5, First Saturday, with a Holy Mass at 6:30 a.m. at Mary Queen of Peace Parish in East Queen’s Row, Bacoor, Cavite.

The prayer of Virgilio Benitez Jr. was answered when he  passed the agriculture exams.