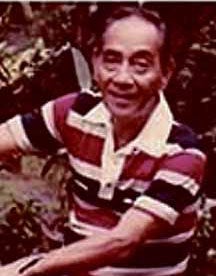 It had to happen again. One was a case of addition, this time it’s subtraction.

Five years ago, the controversy over the worthiness of four personages proclaimed National Artists by President Gloria Arroyo stole the thunder from those whose eminent worth was unquestioned.

A week ago, President Aquino’s non-proclamation of Nora Aunor as National Artist for Film and Broadcast Arts stole the lightning from those officially proclaimed. The superstar who fell from grace with Malacañang has calmly accepted her fate, but her bacchantes keep the flames of scandal burning.

The dueling voices won’t be stilled. The media are bombarding the public with daily updates on her case so that the awardees have been practically ignored.

Among them is FV Coching—his declaration as the new National Artist for the Visual Arts virtually historic, as it renders academic the question whether komiks illustration belongs to the fine arts.

Born in Pasig, Rizal, on Jan. 29, 1919, Francisco Vicente Coching was a contemporary of National Artists Carlos “Botong” Francisco and Vicente Manansala. He left school at 15 to work for the vernacular magazine Liwayway, where his father Gregorio was a prolific novelist.

He had watched working his father’s colleague Francisco Reyes, pioneer illustrator and creator of “Kulafu,” thus greatly influencing him. He apprenticed with Tony Velasquez, the Father of Philippine Komiks and creator of “Kenkoy.”

Coching dominated komiks illustration from the mid-’30s through the Golden Age of the Komiks in the late ’50s and ’60s, until his sudden retirement in 1973 at age 54.

Known for his “dynamic compositional technique and beautiful line work,” he has been hailed as the country’s greatest illustrator.

Coching wrote, pencil-sketched, inked and lettered his serials, many of which came out in Liwayway, and all but 10 made into movies. At his peak, he was doing three weekly serials simultaneously.

He created 61 komiks novels after 39 years (cut only by the war when he became a guerrilla).

The CCP Encyclopedia of Philippine Art describes his aesthetics thus: “His works had a strong narrative flow, brimming with drama, and punctuated by action and suspense. His illustrative style belonged to the romantic tradition of komiks illustration, characterized by dynamic curvilinear lines and tonal modeling, with a fluid undulating effect. The leading male characters are stalwart in build, and of handsome mestizo or Malay looks, with curly hair and rippling muscles. The female leads are beautiful, graceful of build, and usually with long curly tresses. It is a style that gives life to the myths and legends of yore and to fantasies of love and adventure.”

His creations were avidly sought out by movie producers as they were always robust in visual style, strong in characterization, fast-paced and charged with drama, very cinematic in storytelling—the strip resembling a storyboard.

One case in point is the funeral scene in “Lapu-Lapu,” his celebrated serial in Pilipino Komiks adapted by National Artist Lamberto Avellana into film starring Mario Montenegro. We remember seeing on the screen exactly what we had seen on the page, almost frame for frame: the low-angle shot of the chieftain against the sky and the elevated funeral pyre by the seashore, even his long hair and the flames whipping in the wind.

Coching married Filomena Navales and settled in Pasay with their five children.

In a 1980 interview, he revealed he had to retire early as he already felt fulfilled. “Everything I have ever aspired for, I already have. It’s time for me to take it easy.” This meant traveling, ballroom-dancing, playing golf.

Coching died on Sept. 1, 1998, at age 79, after a lingering illness due to a motorcycle accident.

A year later, he was nominated for National Artist for the Visual Arts, and every two or three years thereafter.

Thirteen years later, he achieved what may be considered a milestone in Philippine art.