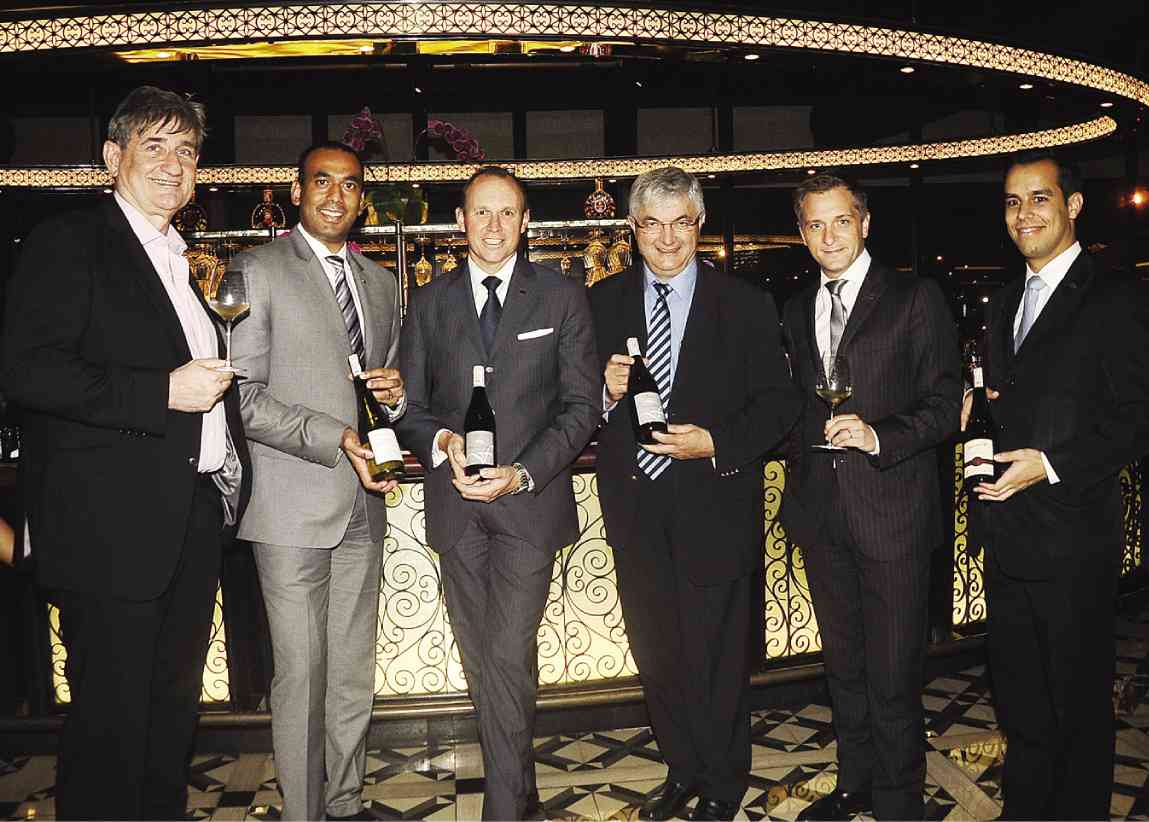 The dinner was an epicurean journey, featuring 10 different Fournier wines with remarkable heritage paired with dishes prepared by  Spiral’s 21 chefs.

“The colorful wine region of Loire Valley,” said Fournier, “is known for producing fruity and crisp wines that suit a wide array of tastes that can fit any gourmand palate from dry to sweet wines, including still whites, reds, rosés and sparkling.”

“The Loire Valley is in the heart of France and is famous for its natural beauty, magnificent châteaux and gardens, and producing only exemplary wines in every style,” Fournier added.

“It is from these harmonious combinations, enriched by a temperate climate and rich terroirs, that a highly vibrant diversity of wines is born. Known for its valued characteristics that make them perfect for contemporary taste, the region contributes to French and global culture and is listed as a Unesco World Heritage Site.”

Globe Telecom and Spotify teamed up to give everyone a great night of music during the “Wonderful World” gig at Globe Tower in Bonifacio Global City. The event was to coincide with a report of Globe’s first-quarter sales performance.

Music rolled along at the powerhouse happening, dahlings, attended by distinguished guests and Globe executives.

Globe president and CEO Ernest Cu noted the company’s robust performance, citing “the strong contributions of its consumer and business segments, and updates on Project Wonderful’s nation-building and culture-building pillars, where the company focused on programs to rebuild schools, homes, and livelihood, as well as enabling a service-oriented, customer-centric workforce to deliver a differentiated customer experience.”

Guests had a blast as DJs Andi9 and RikiFlo took turns spinning the music, alongside the band Daddy’s Home’s mash-up performance of current hits.

“Music makes life wonderful,” said Daniel Horan, Globe senior advisor for consumer business. “With this inspiration, we celebrated the second installment of the Wonderful World with the Globe Press Round-up… And with music as backdrop, we offered our guests a wonderful experience through musically inclined brand booths, and learning sessions from the country’s top artists.”

At the end of the fun event, Globe raffled off spectacular prizes such as Beats by Dr. Dre Headphones, deluxe party packages at Red Box, Sony and Bose speakers, patron tickets to “Priscilla: Queen of the Desert” at Resorts World, VIP patron tickets to Jessie J Live in Manila, and, for the grand giveaway, a brand-new Samsung Galaxy S5.

Globe’s “Go, surf and spotify” was certainly a smashing success.

This year’s Closeup “Forever Summer” music festival, recently held  at the Globe Circuit grounds, was the result of months of highly publicized planning—with over 500,000 people participating on social media, mostly through Facebook and Twitter.

Headlining the gig were three foreign acts led by Swedish DJ Alesso, whose sets are among the most popular at the world’s largest music festivals including Ultra Music Festival and the Electric Daisy Carnival; Turkish DJ Deniz Koyu, who specializes in progressive house and electro house, has received worldwide support from acclaimed DJs such as Avicii, Swedish House Mafia, Tiësto, Dada Life and Fedde le Grand and was named an EDM artist to watch in 2012 by MTV; and DJ Helena, the London-born, Los Angeles-based Australian artist who has just signed a worldwide deal with Sony.