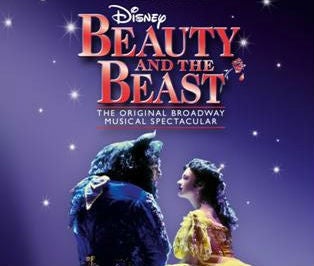 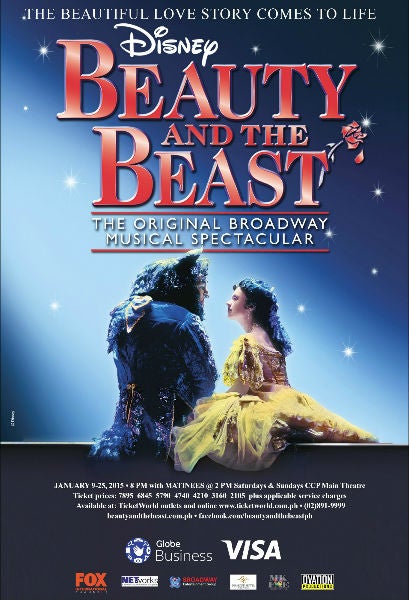 The tour will play in markets to include Indonesia, Kazakhstan, Philippines, Singapore, Thailand, Turkey, and the United Arab Emirates. The musical, which will reunite the original Broadway creative, will be seen for the first time in these territories. For Manila, Beauty and the Beast will be handled by veteran concert promoter Renen de Guia of Ovation Productions which is, coincidentally, celebrating its 35th anniversary this year. Venue is the Cultural Center of the Philippines (CCP) main theater and dates are in January 2015.

Ron Kollen, senior vice president international for Disney Theatrical Productions, shared in a statement, “We are thrilled to be collaborating with NETworks and Broadway Entertainment Group, to launch this first-ever international tour. To premiere Disney’s Beauty and the Beast in these cities throughout the Middle East and Asia, is a perfect way to celebrate the 20th anniversary of our beloved stage musical.”

Liz Koops, producer for Broadway Entertainment Group, added, “The world of touring entertainment is constantly evolving and we wanted to begin an international circuit to bring top quality entertainment into emerging markets. What better way to start than with one of the world’s most beloved and successful musicals, Disney’s Beauty and the Beast.”

Renen de Guia of Ovation Productions enthuses “Being a lover of theater and having watched practically all the important musicals in New York and London, and having promoted some of the biggest names in live entertainment for the past 35 years, this is a natural next step for Ovation Productions. I thank Disney Theatrical Productions, NETworks, and Broadway Entertainment Group for their trust and confidence in Ovation’s ability to mount this grand production in Manila.”

Beauty and the Beast, as described by producers, “is the classic story of Belle, a young woman in a provincial town, and the Beast, who is really a young prince trapped in a spell placed by an enchantress. If the Beast can learn to love and be loved, the curse will end and he will be transformed to his former self. But time is running out. If the Beast does not learn his lesson soon, he and his household will be doomed for all eternity.”

The production is directed by Rob Roth and choreographed by Matt West. It features costume design by Tony Award winning Ann Hould-Ward, lighting design by Natasha Katz, scenic design by Stanley A. Meyer, sound design by John Petrafesa Jr., and music supervision by Michael Kosarin. There is also music by Alan Menken, lyrics by Howard Ashman, a book by Linda Woolverton, and additional songs with music by Menken and lyrics by Tim Rice.

The show runs from January 9 to 25, 2015 8PM with matinees at 2PM Saturdays and Sundays at the Cultural Center of the Philippines Main Theater, CCP Complex.