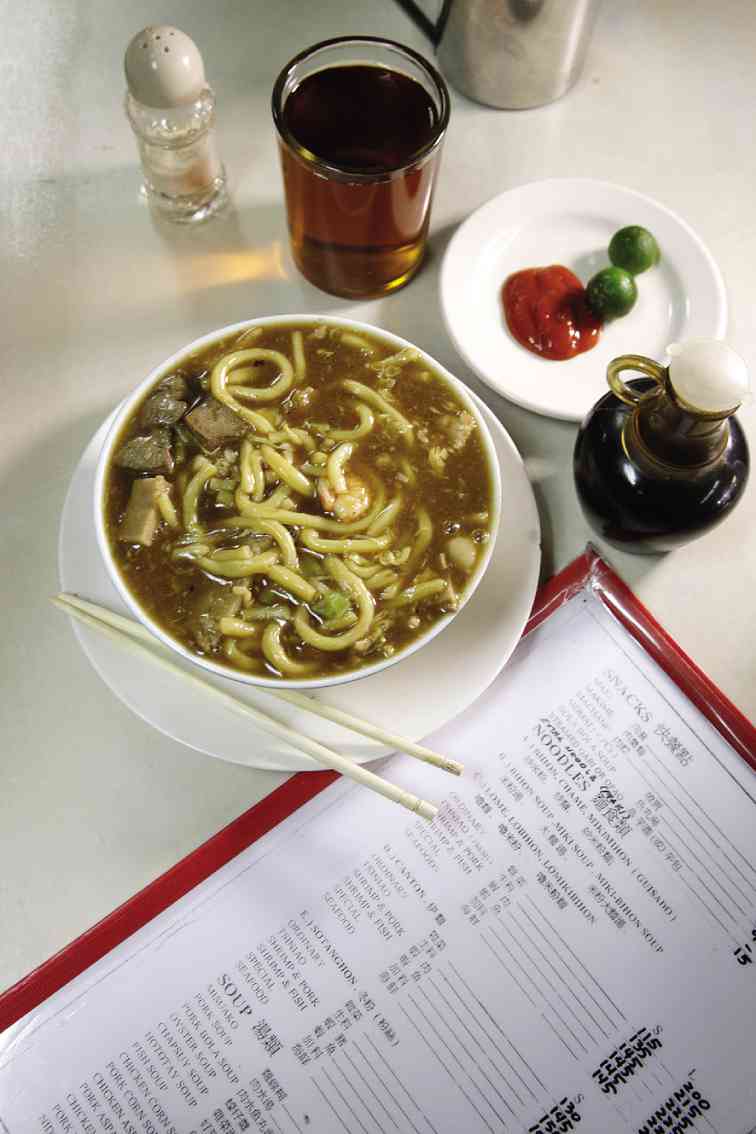 An Ongpin food institution closes after a fire

What keeps people loyal to a restaurant that has been going for hundreds and hundreds of years? Consistency, one would expect. Tradition. A sense of legacy. Or sheer nostalgia.

We don’t have restaurants that go back hundreds of years, because our country goes back only a few hundred years, as compared to Spain, for instance, where the world’s oldest restaurant, Sobrino de Botín, opened in 1725.

So the New Toho Food Center, which lays claim to being the oldest restaurant in the Philippines, is not doing too badly at 126 years. It is older than our country’s independence.

Mañosa Restaurant, on Ongpin and Tomas Mapua Streets, was not doing too badly either, predating the Second Philippine Republic, dishing out short orders for the Chinese-Filipino enclave during the war years and the relative prosperity that followed, doing well until last June 24.

People kept going to Mañosa because it was cheap and good, though mostly because it was cheap. It also had a great location, right in the thick of things, a short walk from Arranque Market, and close to where a movie theater once stood, where a high-rise condominium tower (which is just what a congested and polluted neighborhood needs) is going up.

In its heyday and up to a time I remember it, the place was bustling and packed with diners sitting down to their specialties. Mañosa was also conveniently close to the famed clairvoyant Chinese doctor who held, and continues to hold, clinic at the corner of Alonzo and Ongpin, who can diagnose any ailment just by feeling your pulse.

Maki, pronounced mah-keeh, was not a sushi rice roll but pork butt and shoulders pounded into submission with a tenderizer cleaver, and then reconstituted into little clouds of not-quite-formed meatballs, which were suspended on a thick, translucent glop. It could be eaten plain, or with a bit of black vinegar to cut the starchiness, or with noodles mixed in. It sounded like a great carbohydrate bomb, which it was, but piping hot and with good noodles (our family preferred those of Ling Nam, just around the corner) mixed in, it made for a comforting snack or light lunch.

The fried noodles were another short-order masterpiece of parsimony, which I mean as a compliment: the pork was mostly minced into meatballs, which meant that lesser cuts could be used, and was supplemented with generous chunks of liver and slivers of stomach lining. A bit Hannibal Lecter-like feat, but then again, with a good cook behind the wok, it was surprisingly good.

There were variations on the same theme such as pansit bihon, which had little strands of bihon mixed in, fried bihon, and lomi, which was the same ingredients in a thick, murky suspension. No one pretended it was authentic or the best you could get in the city, but it was quick and ready and available.

What I liked to get at Mañosa was its Dragon Boat dumplings, the tetrahedral rice parcels wrapped in bamboo leaves known popularly as ma tsang. They were associated with the Zhou Dynasty poet Qu Yuan, a poet and patriot who drowned himself in the river. The townspeople raced out in dragon boats (hence Dragon Boat race), and threw parcels of rice wrapped in silk either as tribute to him, or to prevent the fish from eating his body, depending on which version you believe.

But even if everything else had gone a bit downhill in recent years, unquestionably Mañosa had the monopoly on the best ma tsang in town.

And one cannot have ma tsang without fish balls in soup, its traditional sidekick. Some say you must have the fish ball soup first to prepare the stomach for the onslaught of glutinous rice; others have them together, washing down the stickiness with the refreshing broth.

My last encounter with Mañosa was not pleasant. I didn’t bother with the fried noodles because they were far too dreary and greasy, and there are so many new and old restaurants in the area to try. But out of habit, I went for the Dragon Boat dumplings and the fish ball soup.

The fish balls were off. I complained, and got a new bowl of putrid fish balls. I complained again, and was told to shut up and stop complaining or they wouldn’t take any more orders from me. A few days later the restaurant burned down in a fire from a few doors down.

I don’t write this with any Schadenfreude or smug sense of karmic justice. I wish that my last encounter with one of the great food institutions of the city had not been such a nasty one. I would have wanted the place to be known as a proud survivor, much missed, not an ignominious tip serving up indifferent slop, trading on its reputation and custom and habit.

I don’t know whether or not the owners plan to rebuild the restaurant; I certainly hope they do, have a fresh start and serve food worthy of its legendary status.

In the meantime, I shall miss it dearly.