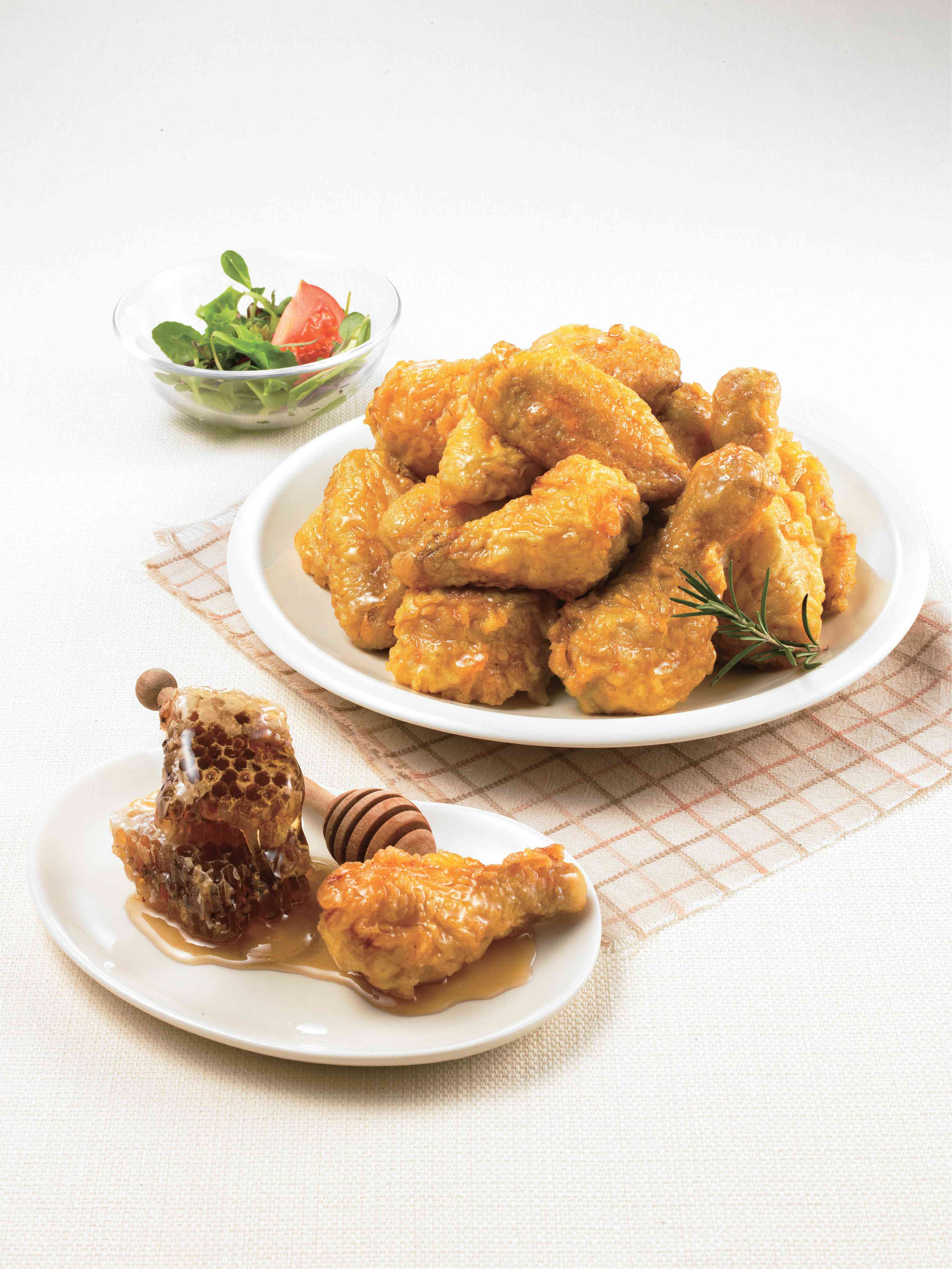 It seems the Koreans have discovered the formula for world domination: Beat the Americans at their own game. Every game. First, technology. Samsung has proven to be a worthy adversary of Apple. Next, entertainment. Psy conquered the entertainment world with his YouTube hit and in no time had no less than the legendary Madonna gyrating with him onstage to Gangnam Style. And finally, food. Koreans are conquering the world one fried chicken franchise at a time with “the other KFC,” as in Korean Fried Chicken.

A few years ago, mention fried chicken and the first thing that comes to mind is American Southern cooking. This was best demonstrated in the memorable scene in “The Help,” where Minny the maid teaches outcast Celia how to cook fried chicken. “Well, I reckon if there’s anything you need to know about cooking,” Minny says holding a can of Crisco, “it’s this. The most important invention since they put mayonnaise in a jar… Crisco… It’s best for frying chicken… Frying chicken just tend to make you feel better about life. At least me anyway.”

No one knows where fried chicken really originated, though. It is like most classic dishes—the burger, apple pie, and adobo.  Despite several people saying they “invented” the recipe for these classic dishes, no one can really confirm their claims.

Although a recipe for fried chicken appeared in an 1828 publication, “Virginia Housewife” by Mary Randolph, culinary historians also point to the ga xao of Vietnam and the pollo frito of Italy as probable originals. There are also two suggested origins of fried chicken in the United States: One credits Scottish immigrants, while another attributes the dish to African slaves who brought the recipe from West Africa, where there was notable trade in poultry as early as the 1700s.

But whether its origins are Scottish or African, fried chicken these days is notably American, with the leading franchise still the one opened in 1952: Col. Harland Sanders’ Kentucky Fried Chicken, now known as KFC.

Kentucky Fried Chicken is to Americans as Chickenjoy is to us Filipinos. While the recipe is a devoutly kept secret, the KFC packaging says the chicken is seasoned with 11 herbs and spices. There are rumors that these 11 herbs and spices are: oregano, chili powder, sage, dried basil, dried marjoram, pepper, salt, paprika, onion salt, garlic powder, and (don’t fall off your seat) MSG. After the chicken is seasoned, it is pressure-fried, resulting in that famous crust that is slightly salty, slightly greasy, a little puffy but very crunchy; while the meat remains juicy.

This seems to be the recipe that Jollibee’s Chickenjoy patterned itself after. Arriving on the scene in 1980, Chickenjoy also has that slightly salty, slightly greasy and very crunchy albeit less puffy skin. Online rumors say that its secret ingredient, combined with salt, pepper, garlic powder, and paprika, is, just like KFC, a little MSG. MSG-laden or not, it has become the most beloved Pinoy fried chicken on the planet.

Whether it’s really Pinoy may be debatable, though. Some people might argue that the real Pinoy fried chicken is Max’s, just because most Filipinos grew up on this unique fried chicken dish concocted by Ruby Gimenez,  the niece of Stanford-educated Maximo, whose home became a tambayan of sorts for visiting American troops after World War II.  As opposed to American fried chicken, Max’s fried chicken has no batter and is reportedly steamed before being dunked in a deep fryer. The result is a distinctly fine but nevertheless crispy, brown (not golden) skin. It is also served whole and not chopped up into the main constituent pieces of thigh, breast and wings.

Max’s is also closer to the Chinese-style fried chicken that’s a favorite of the Filipino-Chinese community: Savory. Created by the Ting brothers in 1950, this special recipe, best experienced in its original branch at the foot of Jones Bridge in Escolta, Manila, has maintained its following for over 60 years now. The meat is not as juicy as American fried chicken or even Max’s—it’s a bit on the dry side—but the skin is quite glorious. It is very thin, as opposed to puffy, creating a light crackle when you bite. Yum!

We first experienced this in Manila with Bon Chon chicken, which introduced us to this extremely addictive version of fried chicken. Recently, Kyochon chicken, one of the most popular fried chicken chains in Korea, opened its first branch at SM Megamall in Mandaluyong.

The first thing you notice about Korean fried chicken or “the other KFC” are the flavors. At Bon Chon, they offer soy garlic, spice and honey citrus flavor. At Kyochon, one can choose among regular savory, sweet and spicy. Kyochon is smart enough to offer plastic gloves to those who would like to eat with their hands but don’t want the slimy, sticky sauce of the chicken on their fingers. Some may argue that fried chicken is best eaten with bare hands, but Korean fried chicken is not just fried but served already dipped in sauces so it’s stickier on the fingers, unlike American fried chicken that you can dip separately in gravy or tomato catsup.

But more than the flavors, it is the texture of the chicken that captures your heart. Indeed, the skin is paper thin, amazingly crunchy, with the flavors—whatever you choose—kicking in your mouth as the crispy skin lands on your tongue. The spicy fried chicken is an even more exciting experience as the heat sneaks up on you.

Another thing that distinguishes Korean fried chicken from the rest is its size. The “other KFC” uses smaller chickens that are chilled overnight to decrease their moisture. Before frying, they are dunked in a thin batter of wheat flour, water and cornstarch. Then comes the distinguished “double frying” process: nine minutes in a deep fryer for a light crust, then a few minutes in another fryer to give the chicken skin a darker hue. Also, while the original KFC proudly uses 11 herbs and spices, the “other KFC,” on the other hand, uses sugar, ginger, soy sauce, and red pepper concentrate, among other secret ingredients. And the chicken is dunked into these after, and not before, frying.

Brought to the Philippines in 2012, Bon Chon has some 50 outlets so far. Kyochon has almost 1,000 stores in South Korea. Let’s see how it fares in the Philippines.

With its perfectly crispy, double fried chicken, though, Kyochon won’t have a hard time branching out locally. It is so delightfully good that we’re not surprised the Koreans are truly taking over the world, one Korean fried chicken at a time.