What drives guys to lie?

From avoiding the inevitable quarrel—the aftermath of a full-on confession—to letting their gals feel better with some words of praise, guys share their thoughts on what compels them to tell a little white lie or two. There are times when a guy’s gotta do what a guy’s gotta do before that love boat gets rocked or, God forbid, sinks. 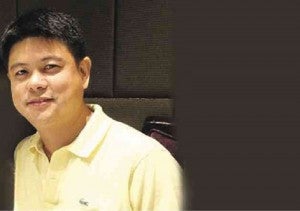 “Guys lie when prompted by questions about their partner’s weight, aging looks, or appearance in public. Guys will always say how thin, how young and nice their partner looks even if it means being dishonest. If girls really want an honest opinion, they should ask their girlfriends.”

“Lying is basically our effort to put up or start with a clean slate.”

“Men lie to their partner because they are afraid of the conflict that may come with the truth. At times, knowing the truth really does suck! Unfortunately, more often than not, it’s the bitter pill that best gets rid of the flu.”

“I think guys lie to their partners because if they’ve done something wrong they’d like to protect their relationship from being put in jeopardy. Also, like the saying goes, ‘what you don’t know won’t hurt you,’ so it’s better to keep her from knowing something we’ve done in the past which we’re not proud of. Lastly, if my partner were insecure of her physique and looks, I would definitely lie to her about her appearance to make her feel better.”

“A little white lie may be needed to appease my girlfriend. I’d do that to make her stop worrying about unnecessary things.”

“Sometimes we lie to our partners because we’re dissatisfied with the relationship or we want to avoid bigger problems that could come from small issues.”

“Men pretty much lie to avoid conflict, arguments and the airing of unpleasant truths. This is the reason why most women lie as well, right? More often than not, it’s just easier to give a very simple and easy answer, as compared to telling the truth, which usually results to conflicts and confrontations. As such, lying seems like a safer option. The less you know, the better.”

“I think guys lie to their partner because they are being tied down or are given too many restrictions by their partner. If a guy is given enough freedom to do what he wants or at least a compromise is made, then he wouldn’t resort to lying. This goes for women as well.”

“People only want to hear what they want for a sense of security. When it comes to women, especially in relationships, sometimes you really have no choice.  Telling

a few lies can be one of the best ways to keep your relationship healthy. Guys tell lies to avoid confrontation and, of course, getting turned down. Some things are better kept secret.”

“For me, guys lie to their partners for three reasons: They are unsatisfied with their partner; they’re not happy with their relationship, as things get too mundane; they can’t wait and end up cheating.”