President Aquino may not be Noranian (or Vilmanian) but... | Inquirer Lifestyle ❮ ❯ 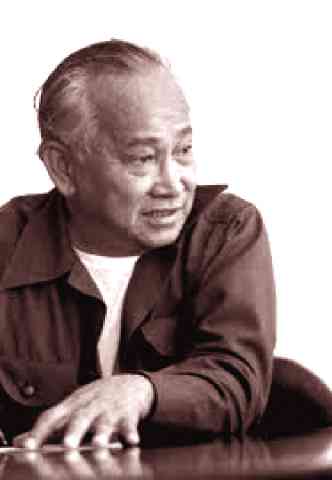 There are those who have yet to get a life again after Nora Aunor was bypassed as National Artist. They simply can’t move on.

Then again, one can’t blame them. Generations of Filipinos grew up admiring, if not idolizing, and being entertained by Nora— Ate Guy to everyone. I spent a part of my school years under teachers Bibsy Carballo, Lino Brocka (before he became the Lino Brocka) and Laurice Guillen (our English teacher), who would tell us about their encounters with this “Cinderella talent” from Bicol.

Bibsy was the original Nora Aunor groupie who, if I recall, would go around with the Superstar. (I don’t quite remember if we had shortened journalism classes because of Nora’s schedules with Bibsy, but we must have had. No class today, yey!)

When it comes to mass following, Nora is a solid Filipino institution. So, it came as no surprise that the presidential non-inclusion of the Superstar was slammed.

However, even as they froth at the mouth, people are forgetting, or may not even realize, two things:

First, the National Artist Awards was conceived during the Marcos regime as a palace/presidential/whoever-is-in-power recognition of artists and culture icons. The Marcos couple, particularly then first lady Imelda, had their choices, and these choices had indeed shaped or given seminal contributions to Philippine arts and culture. (The Award was elevated to the status of Order in 2003.)

The honor, therefore, carried with it the presidential prerogative. And whether we agreed with him or not, Mr. Aquino exercised that prerogative, without abusing it.

Even at the onset, we knew that he wasn’t comfortable with the issue of drug use. Nobody could dictate on him about that. (The criteria on National Artist nominations are strict. One of these is the artist’s impact on Philippine society, which can encompass a vast significance.) He didn’t come up with his own selection, unlike what the previous administration pretty much did.

If we don’t like the Chief Executive or the powers-that-be to weigh in on the selection, or to sign off the list of National Artists, we must revisit or amend this Marcos-era mandate and, perhaps, take it away from the Office of the President altogether.

An independent endowment fund could be created for the honor; it must be noted that the legacy of Jackie Kennedy as US first lady wasn’t only her sense of style, but more important, how she helped in the creation of the National Endowment for the Arts.

Now, here, given our bureaucracy and our penchant for litigation and counter-litigation based on vested political interest—good luck to that.

Second, again perhaps because people don’t know, people don’t give credit to the stringent procedures of deliberations and selections which the previous and current officials of the Cultural Center of the Philippines (CCP) and the National Commission for Culture and the Arts (NCCA) have instituted. They’ve done their best to ensure the thoroughness and relative impartiality of the nomination process.

The nomination and selection bodies are a good universal mix.

And, again, what many perhaps don’t know is that the nominees are chosen, not based on popularity alone, but on a set of criteria, from their body of work to contributions to society in general. Obviously, each of these is open to debate.

But what has become obvious to me is that each nominee must have an advocate who would compile his/her body of work, present it to selection bodies—and defend it, if need be.

This is where a book, even a coffee-table book, on the artist would help, if not speed things up.

Mainstream media must inform the public about this process, especially now that partisan groups are so concerned and passionate about the National Artist “controversy,” thanks to Nora. It can certainly direct the conversation to substantive ends, even as social media rant and rave.

Now is the time to disseminate information on the selection process, which is not a secret brotherhood ritual. (Read Lifestyle’s Arts and Culture section on Monday, July 7.)

In fact, however, Mr. Aquino was in a damned if you do, damned-if you don’t situation. Had he signed Nora’s nomination, critics would surely take him to task for, right or not, her substance use and gambling—and the Vilmanians could give him a piece of their mind, not to mention Dolphy’s fans. Seriously. But since he did the contrary, he still got flak.

Nora isn’t the only artist to have lost in the initial nomination. Posthumous National Artists Vicente Manansala and José Joya would not make it to the Palace sign-off; it has always been said that Mrs. Marcos wasn’t exactly a Manansala fan. I still remember how “Dean Joya” would give me a demure but sad gaze every time I reminded him that this could be it—the year he’d be a recipient. But he remained bashful about wanting the recognition.

Rolando Tinio would make fun—in erudite quotable quotes—of this highest state honor as he did everything else. (I miss the guy.)

Manansala, Dean Joya and Tinio didn’t live long enough to know that they had been proclaimed National Artist, whose idea stalked them in life—Manansala and Joya for Visual Arts, Tinio for Theater.

These three didn’t live for the “award.” They had a life.