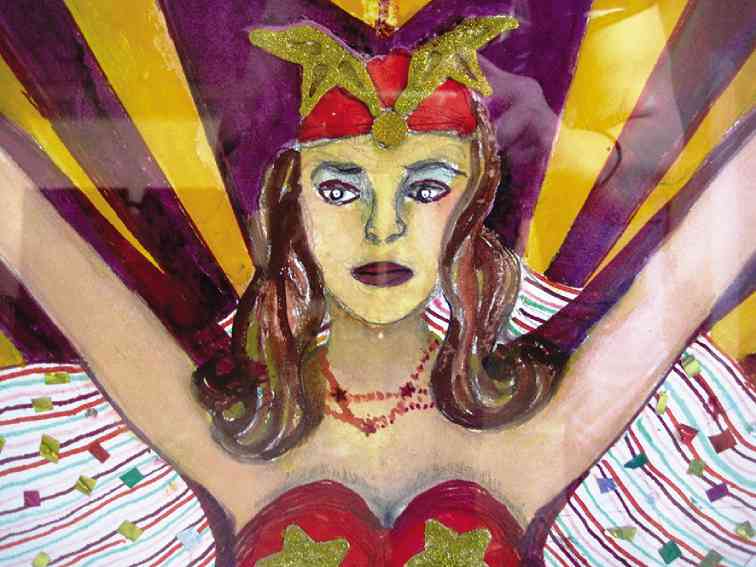 When the subject of Gilda Cordero Fernando, writer and serious painter (no matter how she pooh-poohs the sincerity with which she applies herself to the art), comes up, sculptor Julie Lluch and I are one in agreeing on this.

One of her best gifts, rare to find in other persons, no matter how God especially endowed them with gifts of creativity, is her ability to focus her being on you, beam at you as though you were the most important person seated across or beside her.

That feeling she gives you enables you to feel that you are special, and that the work you do is sincerely appreciated. Simply put, you emerge from her presence assured that what you are, what you say, what you do are all important.

She never gets on a high moral horse and imposes anything on you that she knows you can’t and won’t do. And I don’t know if she’s even aware of this: that she has saved and healed many lives, mended relationships, including mine and my partner’s.

She has enabled (yes, I repeat the word “enable” again) artists and writers to realize their gifts and the lessons of their life experiences so they can flower and fully realize their potentials—though of course, not in the same magnitude and breadth that she has done and continues to do.

Whenever I enter her home, a living gallery, via a lush garden now tended by her daughter-in-law and next-door neighbor Lilli Ann after Gilda’s husband died, I’m reminded that it was she who tapped young architect Leandro Locsin. He was then a newbie building the circular Chapel of the Holy Sacrifice in the Diliman campus. She asked him to build her home in the 1950s, his first residential contract.

Wet behind the ears

When I look at the Elmer Borlongan murals in her hallway and bedroom, I remember how the painter was also slightly wet behind the ears when she commissioned him to do those ceiling-to-floor paintings. What other encouragement does one need when Gilda has, like I wrote, beamed her blessings on you?

Her forthcoming show’s title, “Same Difference: Ganon Pa Din ang Diperensya,” has her self-deprecating humor, the kind that says hindi seryosohan ito, but it (whatever she does) is serious. On the surface she may appear like a kooky hippie, but she is actually extremely organized, even controlling, down to the most minute detail.

And one can almost see her shrugging her shoulders to say, “It’s more or less the same old stuff. Walang masyadong diperensya.” Meaning, the paintings may be all new—even the 1997 piece has never been exhibited before—but the style is consistent and continues what she had already started with.

Her paintings reflect her unique flair (she calls herself “weird” and loves being told so, too, by others) and fearlessness: the distortions of the human faces; the witty titles that are like extremely short stories or flash fiction, as they’re called these days; the referencing of sinaunang Filipino beliefs and folklore on the creation of the world, our very own myths about strong women like Darna and Mebuyan, the goddess with many breasts.

She went to Silverlens Galleries on Tuesday afternoon and, upon her invite, I tagged along although I was still bleary-eyed from lack of sleep after taking the night trip from Baguio.

I watched her tie up loose ends, price her paintings, interact with Silverlens’ Isa Lorenzo and Rachel Rillo, the Santos sisters (Isabel and Carina), grandchildren of Mauro Malang Santos who is more or less Gilda’s contemporary, and co-exhibitor Ryan Villamael, whose work will occupy a smaller corner alcove independent of the space that Gilda’s paintings will occupy.

It’s always a lovely sight to watch Gilda the Great Hugger interact with young artists and coax them out of their hesitation, that look of being intimidated because they’re face to face with the maker of GCF Books, their classroom and library references in art school.

I need to apologize in Gilda fashion for the photographic documentation of that afternoon. It’s the kind of apology she issues when she mocks her own finished work. Her works are already under glass, so I had to position myself in such a way that I didn’t include the glare of the pin lights or my reflection in the pictures. At times I focused on details like the folded pieces of old terno and similar clothing materials from her horticulturist daughter Wendy Regalado.

Gilda cut these pieces and painstakingly pasted them on the dresses of the female figures, thus adding more texture to what could’ve been a flat or one-dimensional work.

This piece originally appeared in www.brooksidebaby.blogspot.com, but has been altered a bit for the

Inquirer Lifestyle section by the author.