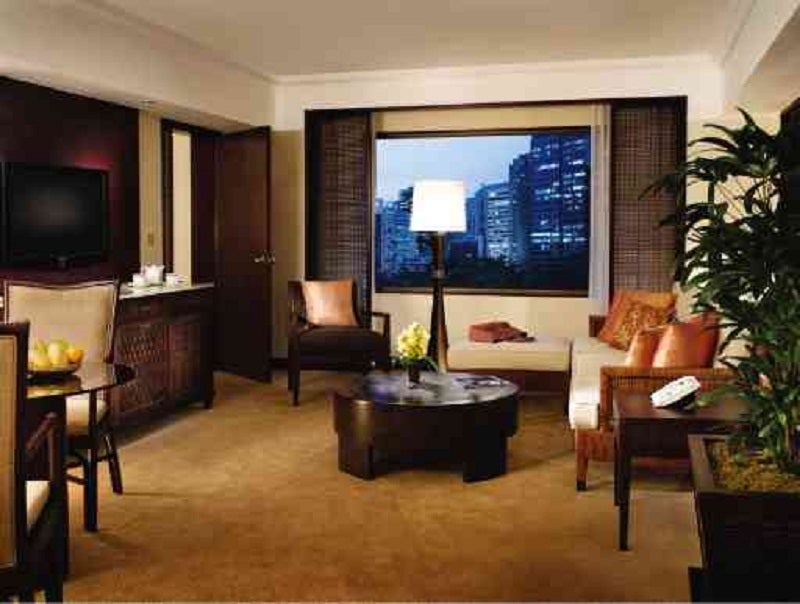 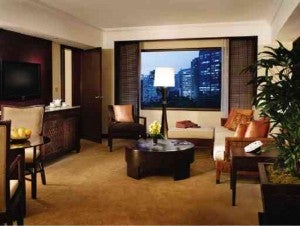 After a rough day at work, a trip to the Peninsula Manila Lobby can be very rewarding.

It’s not just the sunburst sculpture on the soaring ceiling by National Artist Napoleon Abueva hovering the intimate islands of seating arrangement, the warm mood lighting, the towering palm trees, and the dramatic neo-classic staircase that leads to the mezzanine that exude elegance.

It’s not just the mellifluous music from the pianist wafting the air, the staffers who greet guests with the famed Filipino hospitality and the arresting Peninsula halo-halo carried by the waiters. All of this make up the Peninsula spirit.

“Apart from the Peninsula Hong Kong where the lobby concept started, this is the most significant lobby in the company. It has seen everything, including a revolution. I saw a tank going through the lobby. I’ve never seen that in my life,” he said with a chuckle.

Borer was referring to the siege of rebel soldiers in November 2007 when they demanded the ouster of then President Arroyo. The hotel sustained damages from gunshots and from the tank that charged through the main door. However, during the renovation, the Peninsula still received many reservations.

“This lobby has seen it all,” said Borer. “It is an integral part of your community. It gives me enormous pleasure to walk into this lobby and see Filipinos meeting foreigners and vice versa; the 24/7 atmosphere and the band. To me, that is a good representation of your vibrant country.

“I took my parents here in 1981, they were world travelers. They always inquired if the band was still playing. It left a lasting impression. Your country is known for music entertainers who go all over the world. We’ve been very fortunate to have staff who have been here for 35 years. That is a great complement to your country and, to us, that it’s worked out so well. These are the key characteristics of the hotel. It’s not necessarily the hardware. It’s the ambience and the people who make it.” 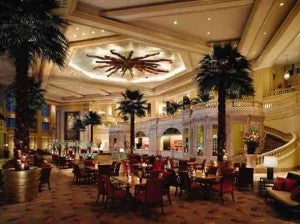 Borer came to celebrate Peninsula Manila’s 35th anniversary with former and present employees. He was clad in a Cerruti wool suit contrasted by a silk tie. His penchant for Italian suits, as with its architecture, design, cars and yachts was born out of his exposure to the culture, starting with his Italian nanny.

On his sleek corporate image, he said, “If you are from a luxury lifestyle brand, you have to be representative. I ask that of all my colleagues. That goes for my chair  and for everybody in the company.”

Asked to describe’s Peninsula’s standard of luxury, he attributed it the company’s unprecedented commitment to quality and to the involvement of the owner, Sir Michael Kadoorie.

“He challenges me and many others to go to greater heights and to not compromise.”

That is translated in the precept that practicality comes first before the frills. He cited the mock-up room for the upcoming Peninsula Paris which is scheduled to open in 2013. The architect, designers and builders had to follow 29 volumes of Peninsula design standards that specify the exact height, width and depth of each amenity in the room, how they are angled and their distance from floor, wall and other furnishing.

“I just landed an hour ago. I went to my room,” said Borer. “I was able to shave, take a shower and be here on time. That you can only do in a room that functions. If it takes me 10 minutes to find the light switch and five minutes to get my phone messages while I’m shaving, that’s not good. I stayed in a hotel in Europe where that was exactly the case. I got off the plane, I had an hour to get ready, and I missed my appointment. I was very upset because I’m Swiss.”

“Functionality is number one. The most difficult part of our industry is to create an atmosphere. It consists of all the intangibles—the lights, the sound, the smell. If you walk into a hotel at different times of the day, and you’re always in a different frame of mind, we should always try to meet your expectations,” he said.

Citing an example, he explained, “Monday morning, Tokyo. It’s raining and cold. You’ve just flown 15 hours from New York. You spent an hour in a car coming from Narita. You’re not in a best mood.”

Borer then snapped his fingers. 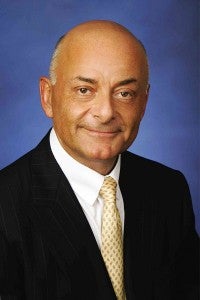 “When you come into the driveway into the Peninsula, something has to happen.

When you look at the driveway, you must feel that this building must give you security, safety—a bit of a cocoon. It’s a little bit away from the street. You say to yourself, this is a good choice. When the door opens, and my staff leads you, it takes 60 seconds wherein we impress you or we fail. If we impress you, you’ve got a good start from your journey. You feel safe, smells good, sounds good, warm enough not cold enough, whatever it could be. That’s where we leave an impression.”

He cited other subtleties that make a difference such as acoustics, the flow of the air-con and lighting. People want to look good all the time. If you have too much light, you can look like ghosts. If you have little light it can look like a night club at 6 a.m. It’s very important that you get to that type of nuance and that everybody involved in the design process should understand that.”

Pen’s advantage is that Kadoorie is hands-on and Peninsula’s growth has been guided by his vision. He spends the night at the Pensinsula Paris model room which is tucked away in a secret location in Hong Kong.

“The next morning, we get reams and reams of comments,” said Borer. “We go back to fix the things he doesn’t like. They’re all functional. That’s an involvement that is rare to find. That’s the way we build hotels.”

Asked to describe the Peninsula Manila compared with its swanky counterparts, he explained,

“This was opened in 1976. The architecture of the exterior is not really exciting. You are bound with certain things you want to change but you can’t, short of bulldozing it. Then over time you add, delete, renovate and bring it with the times.

“As a brand, it’s important that you just don’t create new products but you also bring up the older products to a certain standard. Otherwise your customers will have very different experiences and that’s not desirable. This hotel has gone through a very nice transformation. if you look at our rooms now, it’s clearly in line with the times. The food and beverage choices are very good. We are doing a nice gym.”

Is the Peninsula’s image that of Old World elegance?

“The Peninsula wants to be timeless and classic,” said Borer.

“I’m a great admirer of certain brands. I’m a huge fan of Chanel. It has stayed very true to its roots—ladies’ fashion and accessories which Coco did. It never ventured into men’s fashion. 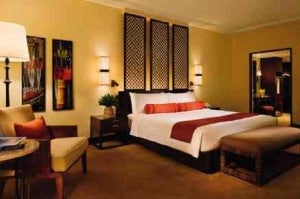 Their brand recognition and penetration into all the key markets is phenomenal well. It’s never diluted. They never had a junior Chanel brand. I take a lot of inspiration form that. There is no secondary Peninsula brand. I’m not in favor of a marketing alliance or co-branding. There is just pure Peninsula. that is complemented by other key brands like the Rolls Royce cars that we have in our hotels. Now that’s a nice brand association.”

Some hotels have commissioned celebrity designers who have stamped their idiosyncracies on their lobbies. Although they seem hip and cool from a design viewpoint, they can also be jarring or intimidating to the average guest.

“A trendy place is where I don’t feel welcome,” he said. “I’m 58. I’m bald. I don’t fit certain brands or atmospheres because I feel out of place. That’s not good for a hotel. Good hospitality is where you and I, young and old, very trendy, very elegant and very casual all live happily.

That is the best compliment because the hotel is timeless. If you walk into the lobby, that’s exactly what happens. I’m not standing out. There are people in trainers and they’re not standing out either. We all feel safe, comfortable and welcome.”