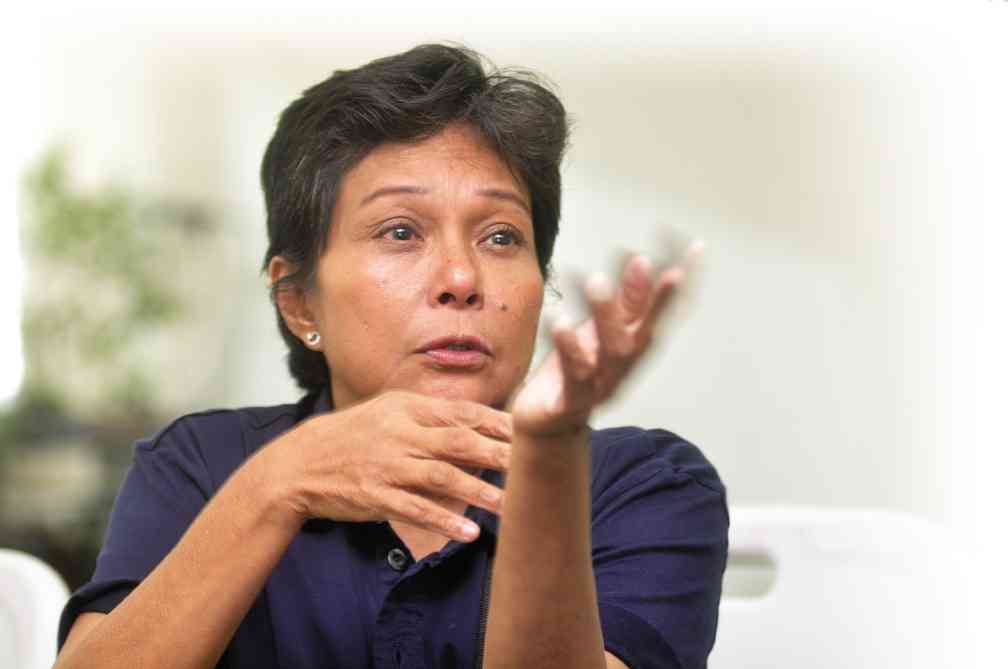 The outrage that greeted the decision of President Aquino to reject the nomination of actor Nora Aunor (shown in photo) as national artist has overshadowed and even eclipsed what should be the biggest development in arts and culture in years: the proclamation of the biggest batch of national artists since 2006. INQUIRER FILE PHOTO

National Artist: It’s a presidential award, after all

MANILA, Philippines–It is unfortunate that the outrage that greeted the decision of President Aquino to reject the nomination of actor Nora Aunor as national artist (NA) has overshadowed and even eclipsed what should be the biggest development in arts and culture in years: the proclamation of the biggest batch of national artists since 2006.

Dropped by then President Gloria Macapagal-Arroyo in 2009 from the list of nominees elected by the joint board of the Cultural Center of the Philippines (CCP) and the National Commission for Culture and the Arts (NCCA), Santos was renominated last year. Aquino signed his proclamation order this year.

Santos et al. will be proclaimed along with those whose orders were signed by Arroyo in 2009—Federico Aguilar Alcuaz (Visual Arts, posthumous); Manuel Conde (Film, posthumous); and Lazaro Francisco (Literature, posthumous)—but whose proclamation was not consummated because of the celebrated Supreme Court case questioning her proclamation of a number of artists not included on the CCP-NCCA short list.

All this means that when Malacañang and CCP-NCCA finally get to determine the date of the proclamation ceremonies (and it is hoped it’s going to be soon), then the nation will be harvesting a bumper crop of new National Artists—nine in all—perhaps to make up for the “drought” since 2006.

But rather than educate the public about the new National Artists (after all, the awards exist for cultural literacy and education), cultural agencies have chosen to pander to the noisy gallery of critics of the President’s decision against Aunor’s nomination.

Not a single public information material on the new NA’s has been released.

Perhaps even worse, many in the cultural establishment are calling for “reforms” in the NA selection process, threatening to set it back to square one.

Many of the attacks on the selection process that has supposedly resulted in the widely popular Nora Aunor being dropped from the NA short list have not pointed out any major flaw.

Perhaps critics have not noticed that their call for reforms is highly flawed itself, if not illogical. The selection process after all has nominated Nora Aunor for NA.

The process is not fool-proof but it is practical and objective. It is a process that has evolved from hit-and-miss across four decades.

Established by President Ferdinand Marcos in 1973, the NA was given at first to whoever was chosen by First Lady Imelda Marcos, who styled herself “patroness of the arts.” Since the most concrete embodiment of her patronage was the CCP, which had been established in 1969 during the first term of Marcos, the CCP later became the administrator of the awards.

When the NCCA was established during the ’90s, the two agencies started to meet as a joint board to determine the final list of nominees that would be submitted to the President for proclamation.

Since the ’90s a three-tier system has evolved to govern the process. The first tier consists of experts from a particular classical discipline who will screen the nominees and pare them down to two; their names will be submitted along with others from the other disciplines to another committee of artists across different fields, who will vote as a general body and submit a trimmer list to the CCP-NCCA joint board, which will make the final voting.

Since the start of the new century, living NAs have been asked to participate in the final deliberation.

During his term, President Fidel Ramos added Carlos Quirino to the short list of nominees and proclaimed him NA for Historical Literature.

When Arroyo dropped Santos from the 2009 short list and brazenly added four artists who didn’t pass muster in the selection process, the cultural establishment was enraged and brought the matter to court.

Last year, the Supreme Court declared that the president couldn’t anymore add to the list. But the president, the high court ruled, could edit the list, that is, drop any name from it, or discard it altogether.

What all this shows is that a practical selection process has evolved that is faithful to the historical lessons of the past four decades. It is a process that is working and should be made to work.

Those who lash out at the selection process for having produced NAs with questionable citizenship or with a body of work that is slim, undistinguished, abstruse, unpopular or arcane, seem to ignore the fact that it is the same process that has made Nora an NA nominee.

Moreover, it is the same process that would allow Aunor to be renominated come next NA season.

Attacks on the selection process mask the blasé ignorance of the arts, perhaps the reason why while everybody is decrying Nora’s rejection, no one is rejoicing at the other artists who have been elevated to the Order of National Artists.

Indeed, why would one care about epic poetry, indigenous musical traditions cast in a contemporary vein, architecture that melds the traditional and the modern, and the various movements on dance and philosophies of art? Show business has overshadowed the arts.

Perhaps the incident should underscore the need to maintain the confidentiality of the selection process. Those elected by the joint CCP-NCCA board are nominees for, not the final, National Artists.

But the nominees list had been leaked to the media and passed around the public as if everything had already been decided.

In the past, the confidentiality of the process was observed, especially since it was (and still is) a presidential order that proclaims a new National Artist, not the CCP-NCCA.

Apparently the short list had been leaked as early as September after the joint board’s election, exactly to preempt the President and pressure him against making any changes.

Confidentiality could have spared both the President and Aunor from embarrassment: He from disclosing why he rejected Nora, and she from being refused the award.

Confidentiality was also breached when cultural bureaucrats disclosed to the press that a meeting was held between cultural agencies and the Malacañang Honors Committee to address issues regarding Aunor’s nomination.

The confidentiality must be strictly observed especially since the Supreme Court has basically cleared that a president can drop any of CCP-NCCA nominees, or even disregard them altogether and proclaim no National Artist.

This was the reason President Aquino had to issue a proclamation order declaring Ramon Santos National Artist for Music along with Feliciano.

The high court upheld Arroyo’s decision to drop Santos from the short list, calling a presidential prerogative. But it also ruled that her decision to proclaim four others as NA’s who were not on the CCP-NCCA list was a “grave abuse of discretion.”

What the Supreme Court has basically reaffirmed is that, while the NA has evolved into a state award, it remains a presidential award, as it historically has been since Marcos established it in 1973; it is a practice of presidential prerogative and discretion.

“By the power of control, the President had the authority to alter or modify or nullify or set aside such recommendation or power,” the 2013 ruling states. “It was well within the President’s power and discretion to proclaim all, or some or even none of the recommendees of the CCP and NCCA boards, without having to justify his or her action.”

Some critics have basically called for the curtailment of presidential discretion, but that would make the president a rubber stamp.

President Aquino has stated his reason for denying Aunor the award. His basis was not artistic, but moral, and he cited her involvement in a drug incident in the US in 2005. Clearly his reasoning falls within the purview of presidential discretion.

The artistic establishment may not agree with him, but his considerations are not only artistic, but “national”—the award, after all, is called the “National” Artist Award.

And it’s going to be his signature there in the proclamation order, not that of CCP, NCCA or Nora Aunor for National Artist Movement.