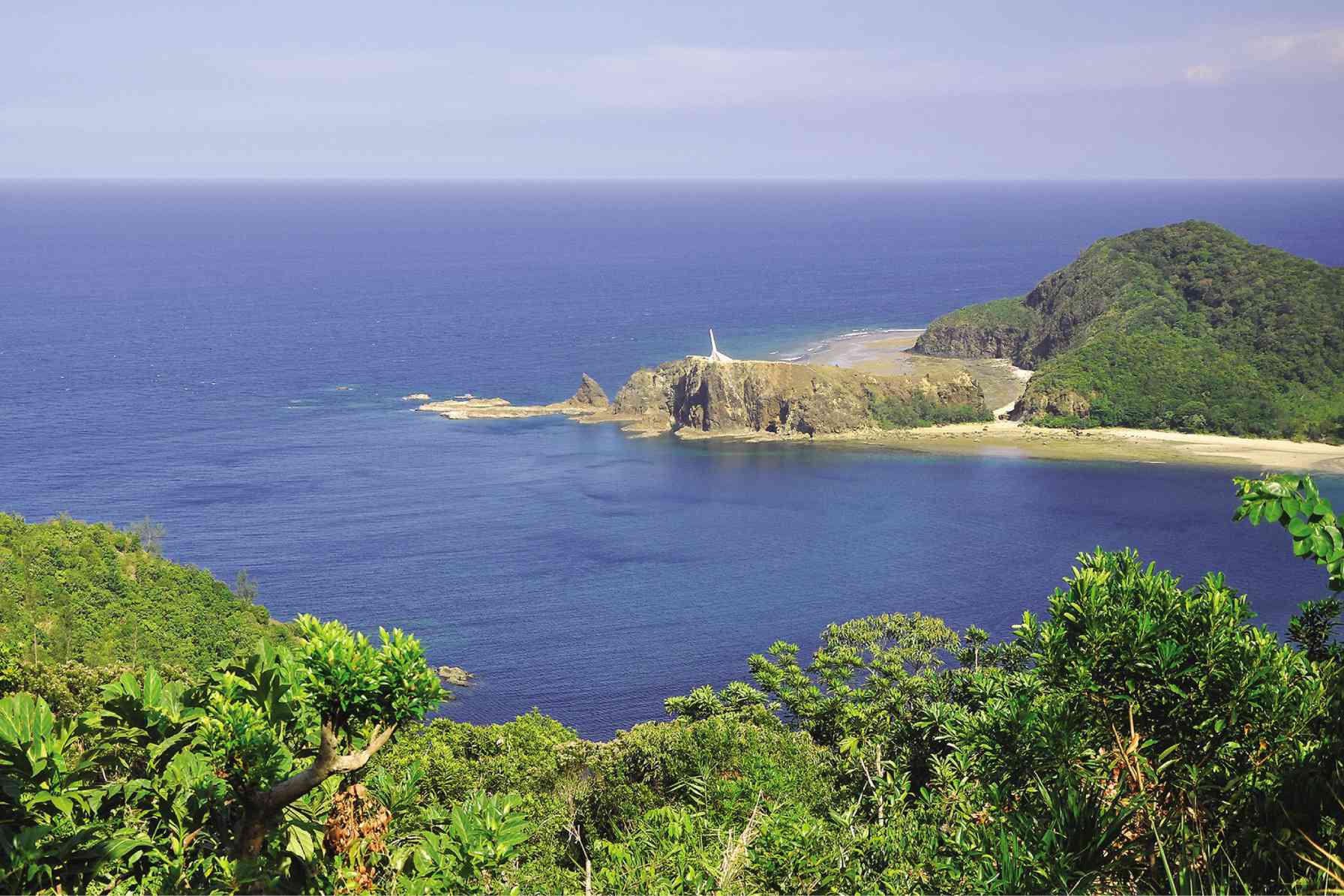 HIDDEN PARADISE The pristine Dicasalarin Cove, a secluded white-sand beach, is one of the tourist attractions of Baler town, Aurora. WILLIE LOMIBAO/CONTRIBUTOR

BALER, Philippines—By bus, the trip from Metro Manila to this capital town of Aurora, Central Luzon’s easternmost province, takes at most five hours. By car, it can be an hour shorter.

But the travel time now is a lot shorter than it was 10 years ago, said Sen. Sonny Angara, a resident of this town.

“When I was first elected as [Aurora representative] in 2004, it used to take me nine to 10 hours to travel [to Metro Manila],” Angara said. “But since the road was improved—the [North Luzon and Subic-Clark-Tarlac] expressways were built—the journey here was really shortened from four to five hours,” he said.

The improved road is the rolling Pantabangan-Canili-Basal-Baler Road that climbs from Pantabangan town in Nueva Ecija province to Alfonso Castañeda town in Nueva Vizcaya province and Maria Aurora town in Aurora. It cuts across the Sierra Madre Mountains and gently descends to this town.

The shorter travel time must now be the reason why tourists have been arriving in droves to Baler in recent years, not only to enjoy the beauty of this coastal town but of the adjoining towns.

“When we started the tourism campaign in 2007, we only had 10,000 tourists that year. Last year, we had 272,000. In the first quarter of this year, we recorded some 358,000 tourist arrivals,” said Michael Palispis, provincial tourism officer.

Angara said Baler’s main attraction was nature “at its finest.”

“As they say, this is how the Philippines looked in the 1960s, before all the trees were cut down. The sea is very clean. So, I think this is what people appreciate here. It’s an escape from the urban jungle, so to speak,” Angara said.

This town, the birthplace of Philippine Commonwealth President Manuel L. Quezon, faces the Pacific Ocean in the east, with mountain slopes following the contour of its long coastline.

The historical trail is a leisurely walk from the reconstructed house of Doña Aurora Aragon Quezon to Baler Catholic Church, where the last Spanish forces held fort for 11 months after Spain ceded the Philippines to the Americans, and to the Museo de Baler, where Quezon’s memorabilia and other historical items of the town are displayed.

A typical ecotour would be a 30-minute trip to Ditumabo Falls in nearby San Luis town, or to Dimasalang Falls in Maria Aurora town, then to the Dicasalarin Cove in Barangay Zabali in Baler.

“When we developed our tourism program, we maximized the resources of Aurora. So, we developed the concept ‘from canopy to corals’ or the C2C concept. From the top of the mountains to the bottom of the sea and everything in between,” Palispis said.

He said it was actually in this town where Philippine surfing was born, saying the town has the largest and the oldest surfing community.

“Surfing here started in the early 1970s. Even if other places claim that surfing was born in their areas, records will bear us out,” Palispis said.

He said tourists also come here to join the revelry every time the province celebrates its founding anniversary in February.

Palispis said the Kinagunasan Festival is held during the Aurora Day celebration.

Kinagunasan was where seven families resettled after surviving a tsunami that wiped out the town in 1735.

With the continuous influx of tourists here, the challenge now is how to sustain the unprecedented tourism boom that the province is experiencing, Palispis said.

“We are now in the third phase of our tourism program, we will soon open adventure tours, such as snorkeling, kayaking and cliff diving,” he said. “We are now also exploring the opening of dive sites. In fact, just in Baler, we have already identified two to three diving sites.”

“Right now, our hotels can only accommodate around 3,000 guests in a given time. So, we now have around 100 houses that are open for homestay. They can accommodate additional 1,000 tourists,” he said.

“What is also important to us now is infrastructure. In the TRIPPC Project, we are now implementing the Pantabangan-Canili Bypass Road, which is worth P150 million,” Palispis said.

“We’re now also developing Casiguran, our northern town to [decongest] the central towns. There’s a road being built there worth P560 million under the TRIPPC Project,” said Palispis.

He said that with the development of infrastructure complementing the promotional efforts of the province and Baler, he was confident that more tourists would be coming here.

Palispis said that on July 18, Skyjet Airlines would have its maiden flight from Manila to nearby San Luis town, a trip that could take more or less an hour.

Palispis said this town’s and the province’s location was meant to be a tourist destination.

“If you go to Aurora, you have beautiful beaches, you can surf, you can go whale shark and dolphin watching. Then, accommodations and food are cheap, people are very friendly and the place has a rich history,” he said.

“Those who have been here are saying that with just one visit, everything you want to see in the Philippines is already here in Aurora,” Palispis said.

But, perhaps, the best compliment about Baler came from Tourism Secretary Ramon Jimenez Jr., after he took a stroll on the white sands at Dicasalarin Cove: “I have seen much of the world in my travels … I may not have seen everything, but I have seen enough to know that places like Baler in Aurora are right up there on the list of the most breathtaking vistas of mountains, sea and plant life folded into a spectacular life drama from almost every vantage point.”

“I take this as proof that some way, somehow, God also had fun in the Philippines,” he said.

President Quezon was born here–and so was Philippine surfing

3 towns in Aurora isolated by landslides

Aurora folk march back to Manila to press fight