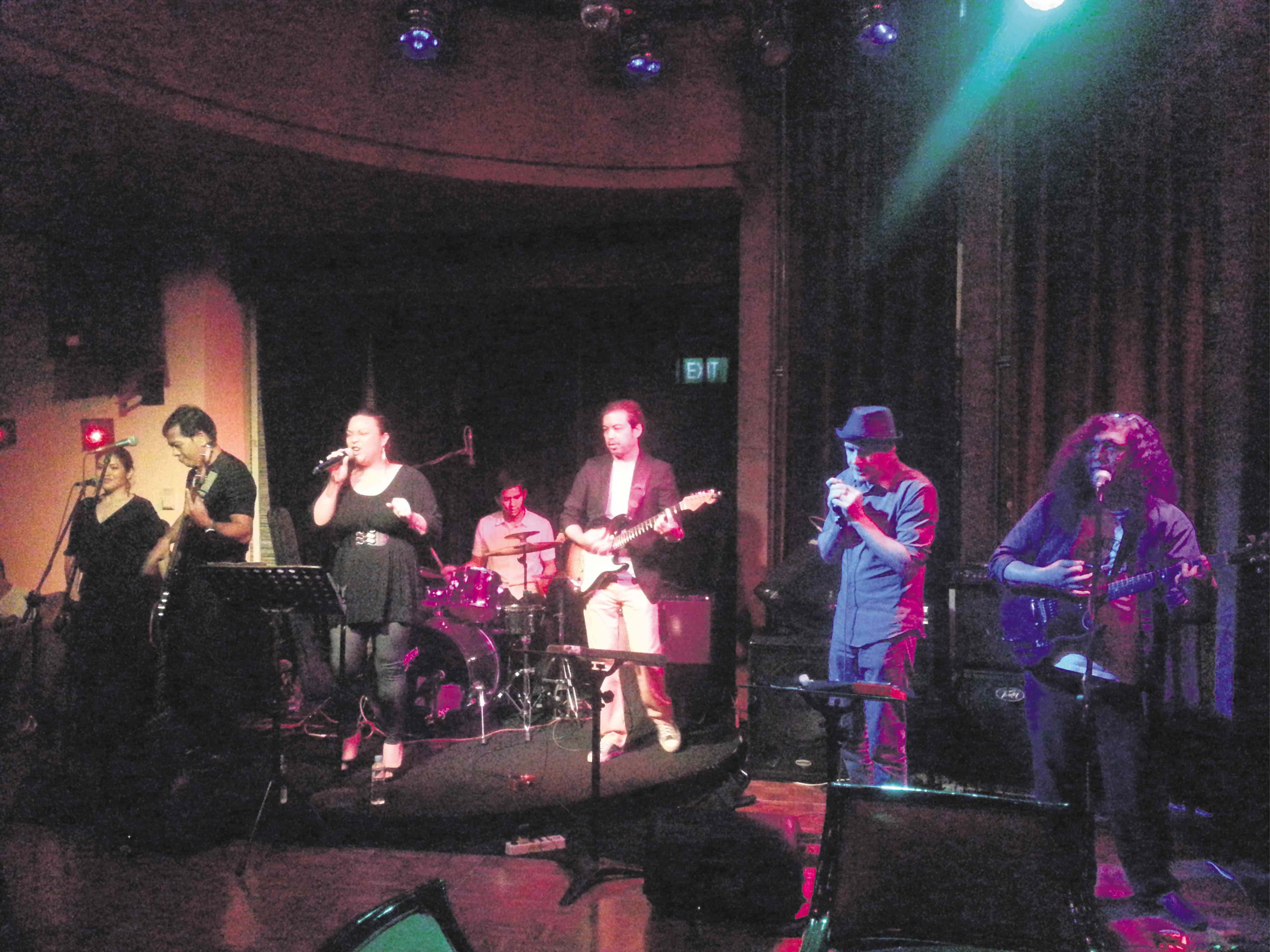 THE BLUE Rats at Martinis in June 2013

Bye to the blues

It’s not only Mandarin Oriental, Manila’s loyal guests and employees who are saddened by the hotel’s imminent closure; regular patrons of its bar, Martinis, will surely miss watching the bands that play there, most especially The Blue Rats.

The band and its stint at Martinis is significant because there seems to be no other group that plays blues music in a hotel in Metro Manila. It’s been three years since The Blue Rats took residency at Martinis in Mandarin on a weekly basis, and blues fans couldn’t be happier.

But with the announcement of the hotel’s folding up in August, we made it a point to catch Blue Rats’ last few gigs, and also talked to the members via e-mail on how they’ve lasted and why they’ll miss playing at Martinis.

The closing of Mandarin and Martinis will likewise mark the Blue Rats’ 20th anniversary as a band, said Andy Locsin, who cofounded the group with Butch Roxas and Apa Ongpin in 1994.

Locsin, an architect by profession, played guitar as a hobby and shared his love of the blues with Roxas, a classical guitarist, and Ongpin, who was then a journalist and would go on to play bass in the band.

“Truthfully, the band did not start out with any serious intentions,” Locsin recalled, “just a bunch of folks who really loved the blues and its many permutations in every form. The blues was chosen as a format because it was the mode of music that required the least amount of rehearsal and skill to produce something recognizably coherent that we could commit to a cassette tape.

“Some time in early ’95, someone mentioned that the old Hobbit House was looking for a blues band. As a joke, we went to audition armed with a grand total of four songs—just to see what it felt like to make fools of ourselves. To our shock and horror, we were hired on the spot to play two sets every week on Wednesday nights. And so our expectations starting out were commensurate with any endeavor that starts out as a joke—essentially zero.”

In 20 years, some 36 musicians have come and played as a Blue Rat including Edmond Fortuno, Cowboy Santos (son of Sampaguita), brothers Miguel Ortigas and David Aguirre, and Barbie’s Cradle alumni Rommel de la Cruz and Wendell Garcia as well as Anabel Bosch.

Locsin said that the idea of having members doubling up on the same instruments was just to make sure that the band could function in case some of them can’t make it to a gig.

The nice thing about The Blue Rats is that all members either have day jobs or play in other bands, which means nobody would starve when they end their stint at Martinis.

But how do they feel about moving on?

Torre, who also sings with Baihana and is a yoga instructor at Urban Ashram Manila and barre3 teacher at The Spa, said: “I have mixed feelings. I’m excited to look for a new place and play to a different audience, at the same time sad to say goodbye to a familiar, comfortable place.”

Puyat, president of Kawayan Cove Corp. and a director at Puyat Steel Corp., noted, “We had a great three-year run, were treated extremely well by management, ate the greatest meals at Paseo Uno. It’s time to move on to other places, explore other ways to grow musically with the Rats.”

Modesto, who also plays with Radioactive Sago Project and sits in with the AMP Big Band, said, “Moving on will mean learning new tunes for other venues, which means having new experiences.”

Epperson, a professional photographer, added, “Martinis is a unique bar which you can enter incognito without going through the lobby of the hotel. Very incognito. I will miss the crowd of regulars who are all characters themselves. We will definitely go out with a bang.”

On why the band has lasted this long, Besa, a personal fitness trainer by day, said, “I think maybe because we’re now technically proficient enough not to be termed a jam band, but at the same time we remain spontaneous and don’t take ourselves too seriously. I believe our audience sees this.”

Sanchez, artist and repertoire manager at GMA Records, corporate secretary at Filscap, and a songwriter and record producer, added, “Everyone has something special to contribute. We are a big band that’s brimming with talent.”

Locsin, administrator and design consultant of Leandro V. Locsin Partners, Architects, and chair and trustee of The Beacon Academy and The Beacon School, respectively, pointed out, “The Rats have never been ‘blues Nazis’ or purists about the repertoire. The minimum qualifier is any material having blues roots.”

On moving on, he said, “I can’t wait to see what the band will morph into, and to understand the transformative potential of a joke.”