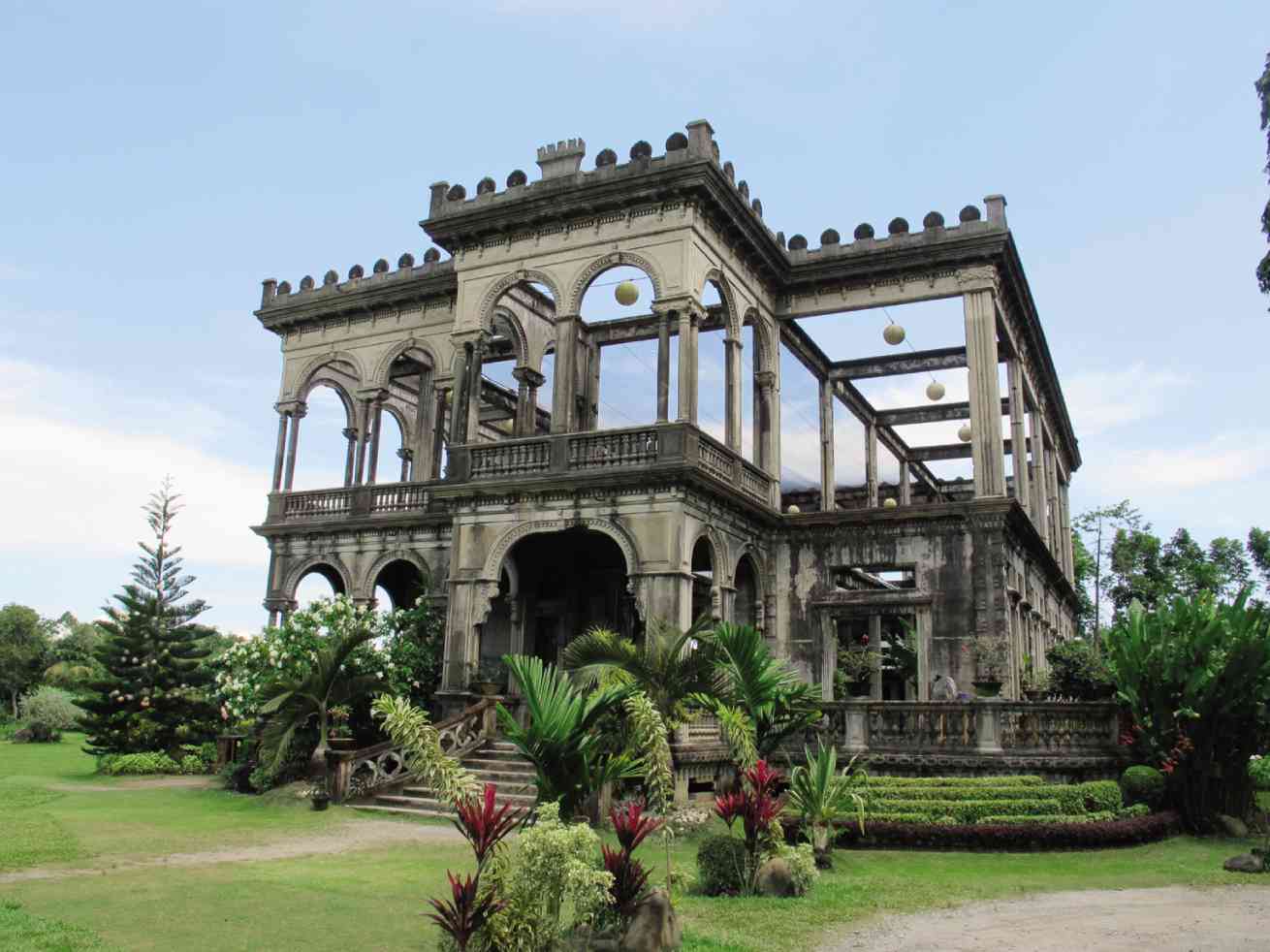 IMPRESSIVE shell of an early 1900s mansion in Talisay,Neg. Occ., is now The Ruins.

Reuse, adapt, retrofit are the more common buzzwords conservationists use to encourage owners to retain their old structures.

The concept is simple.  Old structures deserve a new lease in life, so when an old structure outlives its original purpose, one can adapt and repurpose it so that it can serve a newer and more contemporary need; in that way  its usefulness continues and the original structure is preserved.

But sometimes that is easier said than done.

The same retrofitting principles are followed globally.  In the Philippine context, structures older than 50 years are considered by law to be heritage structures, according to Republic Act 10066, the Cultural Heritage Law.

If declared a National Cultural Treasure or a structure  is of heritage value, the building falls under the jurisdiction of the National Museum, which must advise on the retrofit procedure.

Before either restoring or retrofitting a heritage structure, the architect (preferably one trained in architectural conservation) should be familiar with the operational guidelines of the Unesco World Heritage Convention (whc.unesco.org/en/convention), which should be studied together with the International Committee on Monuments and Sites (Icomos) charters, particularly the Venice Charter  (www.icomos.org/charters) that are the bases of all international conservation principles.

It was easy to adapt an old structure for a new use in the case of The Ruins in Talisay, Negros Occidental.

The ruins of a circa-1900s concrete mansion that was burned during World War II were converted into a tourist destination.

Not much structural intervention was required.  All structural supports were sound enough to remain standing.

Most of the original inner and outer walls remained intact, allowing tables and chairs to be set around the open, raised ground-floor ruins where stunning views are seen of the cane fields that surround the landscaped garden.  Nothing was added to the original structure.

All new facilities, the main restaurant and kitchen, public toilets, etc., are in a new, low building at the perimeter of the property.

What the owner probably thought was a white elephant has evolved into one of the more popular destinations in Bacolod.

For other structures, the adaptation process is more complex than that of The Ruins.

It was a different story in the case of adapting a circa-1920s Iloilo mansion into a commercial space.  Safety requirements are more rigid for public buildings due to the high level of human traffic within those structures, therefore compliance with the National Building Code must be satisfied.

Since most heritage structures were built before the National Building Code went into effect, they often require detailed structural retrofitting to ensure compliance with current safety requirements that often demand detailed structural retrofitting, a process that, depending on the condition of the original structure, could amount to quite an expense.

To retrofit the mansion, the interventions required were strengthening of the foundation and most of the structural system.  Existing columns, too weak to hold the foot traffic expected when the house turns commercial in use, had to be strengthened as well.

Deteriorated walls and architectural details were replaced and restored. Complete new electricals and plumbing were installed throughout the old house.

When completed, the retrofitted structure will look  the same way the original did, as if nothing were added or subtracted.

Fitted into the heritage interior are a small museum, retail shops and restaurants, and the heritage structure will be integrated with a commercial area on one side and behind, leaving much of the front garden as an open public plaza.

The cost of retrofitting a heritage structure is considerably higher than constructing a new building, but the owners decided to invest in the heritage because they felt  it was their duty, despite the reality that the rewards are more psychic than  financial.

Most heritage structures, unlike The Ruins that is in the middle of a sugar hacienda, stand on city centers where land is at a high value.  And unlike The Ruins, where the cost of retrofit was low, the conversion of a heritage house into a commercial area requires quite an additional cost for major retrofitting.

Government assistance in some form would help to encourage owners to retrofit their heritage properties and convert them for new uses, as most heritage owners need to undergo extensive retrofitting for their properties.

Not all are as fortunate as the owners of The Ruins who were able to repurpose their property with minimal expense.

Comments and feedback are invited to [email protected]