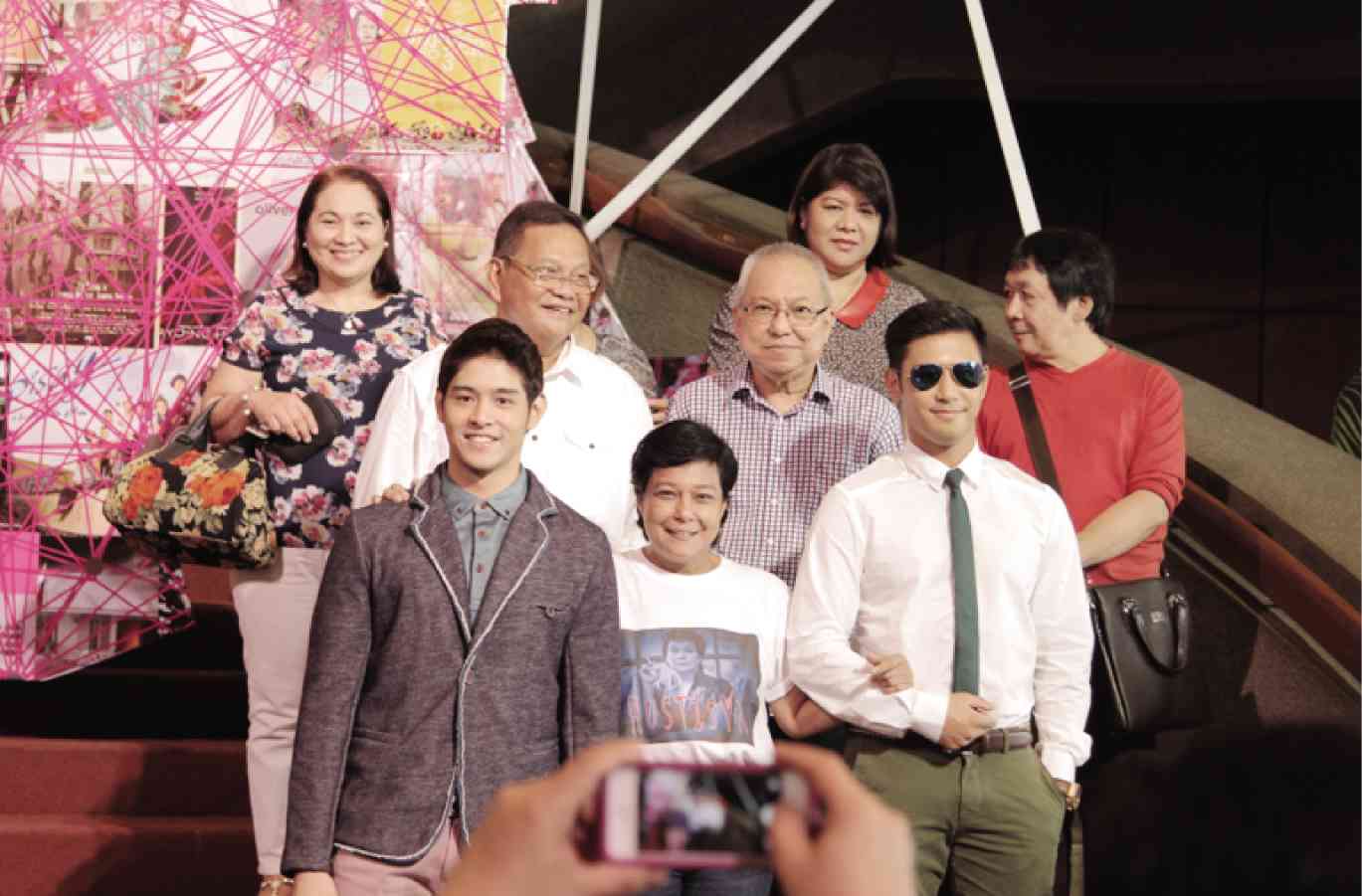 NORA Aunor (center) stars in “Hustisya” by Joel Lamangan (second from left, back row). BesideNora are actors Jeric Gonzales and Rocco Nacino.Writer Ricky Lee is behind her.

This year, the Cinemalaya Independent Film Festival and Competition marks its 10th anniversary, and this only means it has a lot in store for indie-film lovers.

Billed as Cinemalaya X, the festival will run on Aug. 1-10 at the Cultural Center of the Philippines (CCP) and several other venues and will see a lot of innovations, including a commemorative book chronicling the history of the highly successful festival. The book will be launched Aug. 3.

For the first time, Nora Aunor will grace the festival. She stars in Joel Lamangan’s “Hustisya,” part of the Directors Showcase competition. Aunor’s character is a foul-mouthed woman working for a human-trafficking agency controlled by a powerful syndicate.

Another entry in the Directors Showecase is Louie Ignacio’s “Asintado [Between the Eyes],” set in the middle of a preparation for the Taong Putik (mud men) festival. The movie revolves around a penniless young man who takes on a drug-courier assignment that goes terribly wrong.

A star-studded cast led by Robert Arevalo distinguishes Carlos Siguion-Reyna’s “Hari ng Tondo,” which explores the dynamics of a family that falls out of grace; while Joselito Altarejos’ “Kasal” examines the life of a gay couple trying to find acceptance in Philippine society.

Meanwhile, Michael Tuviera’s “The Janitor” tells the story of a cop suspected of a bank robbery and massacre.

What is perhaps a common theme in the New Breed Category are the issues of infidelity and separation.

GB Sampedro’s “S6perados” is a romantic-comedy that narrates the stories of six men who have separated from their wives, while Giancarlo Abrahan’s “Dagitab (Sparks)” shows the marriage of two academics on the verge of falling apart.

Nova Villa stars in Real Florido’s “1st Ko Si 3rd,” about a 65-year-old woman who’s finally able to have a date for the first time with her first love after they got separated four decades ago.

Milo Sogueco’s tragicomedy, “Mariquina,” follows the story of a woman who goes in search of the perfect pair of shoes for her dead father, a cobbler who made all of her shoes as a child.

Ida del Mundo’s “K’na, The Dreamweaver” is a highly poetic movie that stars Mara Lopez as a young T’boli woman.

Gino Santos returns to Cinemalaya with “#Y,” another coming-of-age film which chronicles the adventures of the young generation greatly influenced by the Internet, sex and drugs.

Set during the Japanese Occupation, Janice and Denise O’Hara’s “Sundalong Kanin” shows the lives of four children who aspire to become soldiers, while Derick Cabrido’s grisly “Children’s Show” is about children, aged 10-15 years old, used by a criminal syndicate in an underground wrestling match.

The screening committee that determined the final entries for both the New Breed and Directors Showcase categories was composed of directors Mel Chionglo and Jose Javier Reyes, actress Ina Feleo, and Inquirer Arts and Books editor and film critic Lito Zulueta.

Director Laurice Guillen is chairperson of the Competition committee.

This year, Cinemalaya has taken on the theme “A Decade of Connecting Dimensions.”

Festival director Chris Millado said that the festival aims to revisit the rich experiences of Cinemalaya.

“Tinitignan natin sa sampung taon ng Cinemalaya ’di lamang ang pagkakatulad or pagkakapareho natin, kung hindi ’yong pagkabuhol-buhol ng ating mga mundo, mundo ng filmmakers at mga manonood,” Millado said. “The connection of Cinemalaya films, filmmakers, and the whole community to the rest of the nation as well as globally. So looking at this interconnecting dimensions how it adds up to what is Cinemalaya today.”

Millado also introduced the new opening billboard for the films. He added that all the films will be shown in “Digital Cinema Package,” which will deliver crystal-clear images while helping fight film piracy.

For the first time, lifetime achievement awards will honor individuals and groups that have contributed to the “development of art, craft and business of independent films.”

Also, a special guest from the Sundance Film Festival will participate in Cinemalaya this year. Bird Runningwater, director of the Program of Sundance Film Festival, will be one of the jurors for the two main feature competition categories. He will also conduct forums and dialogues with local filmmakers.

One of the most anticipated events this year is the launch of a coffee-table book charting through several essays by different writers the history and achievements of Cinemalaya in the last 10 years. The book is edited by highly respected writer-director-scholar Clodualdo del Mundo Jr.

The festival will also introduce the Cinemalaya X Lounge, where filmmakers and moviegoers could hang out between screenings. One of the screening venues will be transformed into a café bar-style cinematheque with nontraditional seating such as sofa and beanbags where the audience could drink coffee while watching the films.

Cinemalaya Foundation president Nestor O. Jardin said the festival has been a huge success and organizers are looking into including a new category for documentary films. He added that industrialist Antonio “Boy” Cojuangco, chair of the foundation, is interested in setting up a fund to better secure the future of the Cinemalaya.