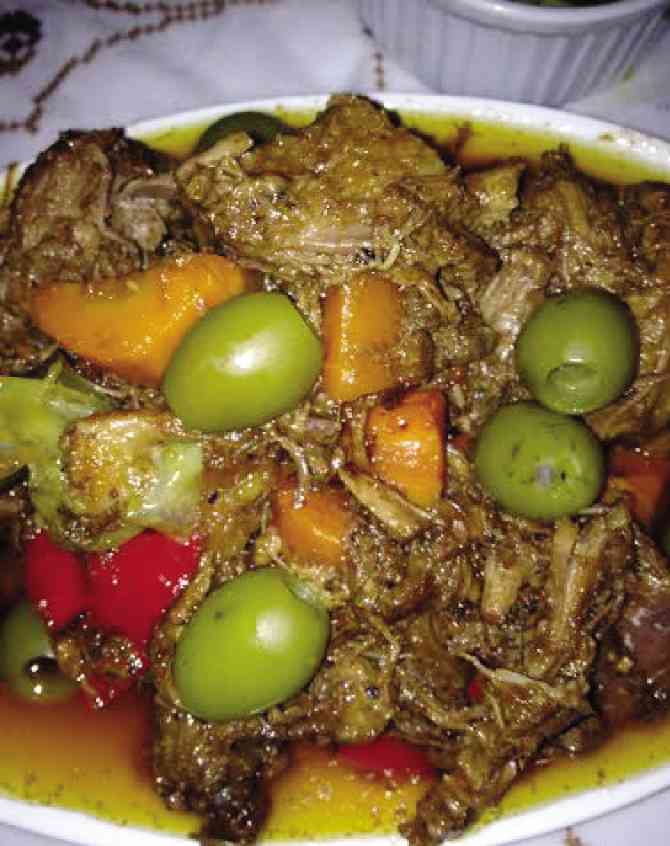 It may not have been their intention, but when Francis “Kiko” Dy and Jessica Gallegos, the young duo behind artisanal sausage brand The Butchery, talked about the delectable food they found in Isabela, I took it as an invitation to visit a place many people know only for its pancit cabagan.

The seven-hour drive up north resulted in a three-day gustatory experience that proved to be every bit as exciting and interesting as I was told the dining scene would be.

It was two hours before lunchtime and Aling Luring’s Gotohan was already packing it in. For a humble nipa-hut restaurant that serves a modest menu of nine reasonably priced dishes (no dish is priced above P55), Aling Luring must be doing—rather cooking—something right for her to gather such a crowd.

The family-run eatery serves goto, palabok, lumpia and okoy, but what lures people in is the serkele, a soupier version of dinuguan using ox innards, of which the restaurant sells at least 30 kilos a day. It’s actually a Bulacan specialty that the family brought to Cauayan in 1985. Locals have been enjoying the dish with puto ever since. (12 Dalupang St., Cauayan; tel. 0917-5633999)

It’s easy to miss Kaldingan ti Mannalon if you’re driving along the long and dusty San Mateo road, but look for the place with lots of parked cars and a strong aroma of brewing stew trailing from the kitchen to the front of the house.

Since 2005, Jerry Barrogan has been offering a roster of dishes that appeases a typical farmer’s cravings—kilwain, imbaliktad, pinapaitan and ata-ata, all made with different parts of a goat. His bestseller and what he runs out of daily is Fried Adobo, bone-in cuts that have been boiled until tender then fried until crispy. (Brgy. Dagupan, San Mateo)

For a quick and filling snack, people head to Cleto’s Bakeshop, beside Hotel Andrea, for its bevy of breads and pastries, including half moon and everlasting cookies, meat rolls, cheese monay, doughnuts and cakes like Black Forest and Brazo de Mercedes. Cleto’s has also become famous for its siopao. It only sells one kind, asado, and what makes it quite unique and special is the hard-boiled egg that shares filling space with barbecued pork. (Don José Canciller Avenue, Cauayan)

Belen Recometa-Holgado has been making her special longganisa for over 30 years. Although she says it was rough at the start, these days she sells about 60 kilos on a regular basis. At times, she gets last-minute orders of 250 kilos from the likes of Gov. Bodjie Dy, who has been a longtime fan of her sausages, which have the right amount of meat and fat and the right balance of sweet and salty.

Her secret? Prayers, she says. and the way she mixes everything with her hands. You can find Aling Belen’s longganisa, both the spicy and regular kind, at Cauayan Market.

Isabela has kakanin it can proudly call its own. Among them is Aling Francing’s moriecos, an experiment that eventually became a delicacy. Aling Francing started selling tupig and bibingka galapong 25 years ago; when she had ingredient leftovers, she started playing around in the kitchen and came up with moriecos, sticky rice cake stuffed with latik, or coconut milk curds, steamed and wrapped in banana leaf.

Another sweet treat is binanlay, produced by Felicidad Baggao, who learned the recipe from her mom. The delicacy is made with rice flour, water and salt, and enjoyed with a generous slather of latik. It is typically made and enjoyed every Holy Week, but Felicidad produces it the whole year round to address the demand, including from balikbayans who have it flown overseas.

The people from Isabela like lechon. In fact, they roast anything from a whole pig to turkey and carabao. But what’s been getting a lot of buzz for the past three years is Michael Marcelo’s lechon cordero.

The lamb is first marinated and injected with a signature blend of oyster sauce, red wine and lemon juice. The flavors are allowed to seep into the meat for 6-8 hours, then the lamb is

hand-cooked over charcoal for a period of time until deliciously tender. The meat falls off the bone and is surprisingly devoid of gaminess, making it a most welcome break from roast pig.

People to look for

There’s no shortage of good cooks in Isabela. On this short trip alone, we met quite a talented cast of characters, including Barangay Captain Rodolfo dela Cruz who is known for his siniwsiwan, a savory stew made of ginger, chicken innards and chicken blood.

And then there’s 19-year-old Jay “Venus” Castañeda, who beat 16 other home cooks in a local cooking competition show called “Master Kusinero.” As interesting, colorful and vibrant as his personality are his winning dishes—Malongga Isabela, a mixture composed of longganisa, corn, salted egg and cheese, wrapped in banana leaf then deep-fried; and Queen Isabela’s Treasure, a red rice-stuffed tilapia roulade wrapped in bacon, breaded and fried. His flair for cooking truly belies his young age.

Cocoy Ventura recently returned from California to tend to his family’s mango farm as well as offer culinary services in his home province.

As a fitting end to a wonderful food trip, we were shown the beauty and bounty of Isabela when Ventura created a delicious menu out of fresh, seasonal produce. He had guests indulge on tahong and tulya in a delicate tamarind blossom broth, locally smoked tilapia with a refreshing salad made of organic green mangoes, and free-range duck braised in a rich and hearty tomato-pineapple sauce.

He even gave everyone a bottle of mango membrillo to take home. These guys have definitely made our eating journey worthwhile and memorable. For his services, contact Ventura at 0905-5169268.

In just three days, Isabela has proven to be a culinary discovery, with its geography dictating the food and its local talents molding and driving the bustling dining scene. There’s nothing but exciting times ahead for this northern province.