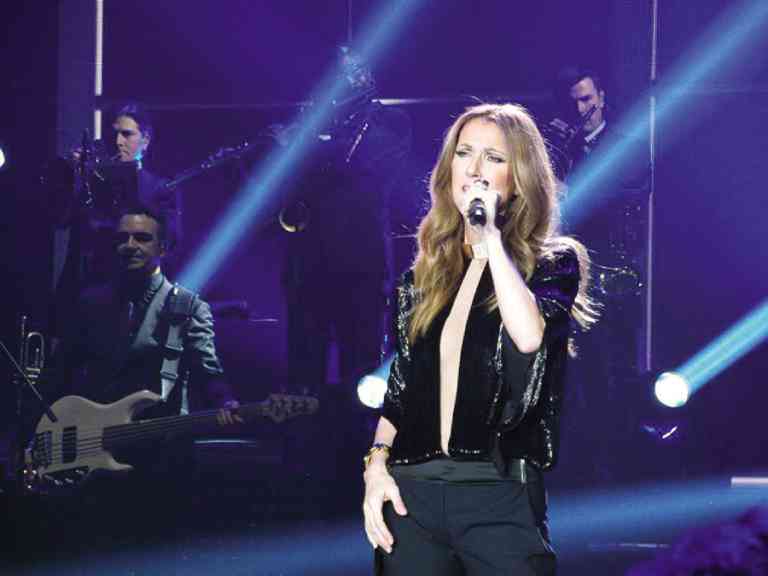 A new Hotel-Casino in Manila is said to be rushing to finish the construction of its own performing arts theater by November, so that Canadian pop superstar Celine Dion could inaugurate it with a special, strictly-by-invitation performance.

While that show is still in the works, the highly paid Dion is confirmed to be taking a few nights off her long-running stint at Caesars Palace in Las Vegas to perform in Manila on Nov. 29 at SM Mall of Asia Arena, a source not connected with the production but who is fully aware of the show told the Inquirer.

Dion, 46, reigned as one of the queens of the power ballad in the 1990s, along with Mariah Carey and Whitney Houston.

A five-time Grammy winner, including Album of the Year for 1997’s “Falling Into You” and Record of the Year for 1999’s “My Heart Will Go On (Love Theme from ‘Titanic’),” Dion is said to be the best-selling Canadian artist of all time with record sales of more than 200 million copies worldwide.

A number of Dion’s Filipino fans have been clamoring for their idol to perform in Manila since 2011, even setting up a couple of Facebook pages to make their presence known.

Although there’s been talk of Dion’s Manila concert for the past month, its main Filipino promoter could not confirm the date pending the go-signal from the artist’s handlers.

A minor kink was also caused by another Filipino promoter, who, sources said, made a higher bid at the last minute to do the show, but couldn’t come up with the money.

Another major artist expected in Manila this year is American singer-songwriter John Legend. According to two sources, the nine-time Grammy winner is performing on Sept. 26 at Smart Araneta Coliseum.

Legend’s official website shows that he’s currently on tour in the United States till August.

His next gigs are in October in the United Kingdom, France and South Africa. Which means he’s relative free in September.

In any case, this would be Legend’s second Manila concert—the first was in March 26, 2009 at the same venue.

A few weeks before that gig, we were fortunate to have had an e-mail interview with the artist. In one instance, we asked if he cares about music critics.

“I know some critics weren’t pleased with this album (2008’s “Evolver”) being a bit more contemporary, Legend said. “I knew it would get that reaction

when I was making it, but I was fine with it. You can’t make your albums for the critics in the press. My fans are my most important critics and I want to make music that they will love. You never really know how they’re going to receive it, though. You just have to make it the best way you know how and then hope for the best. I’m still very proud of this album.”

Legend’s 2013 album “Love in the Future” has a current single, “All of Me,” which went to No. 1 in the Billboard chart last May.

That should persuade his Pinoy fans to watch him again at the Big Dome.

K-pop till you drop

South Korean acoustic guitarist and composer Sungha Jung, Aug. 15, J Centre Convention Hall, Mandaue City, Cebu; and Aug. 17, Samsung Hall, SM Aura Premier, Taguig. The 17-year-old Jung performs acoustic covers and arrangements, typically by ear and/or by watching videos, which he uploads on YouTube. He has been called the “Guitar Prodigy” and the “August Rush” in Korea, although he said he’d rather be known simply as a guitarist. This is his third visit to Manila.

Celine Dion’s husband steps down as manager after 30 years

Celine Dion cancels US shows due to voice problem