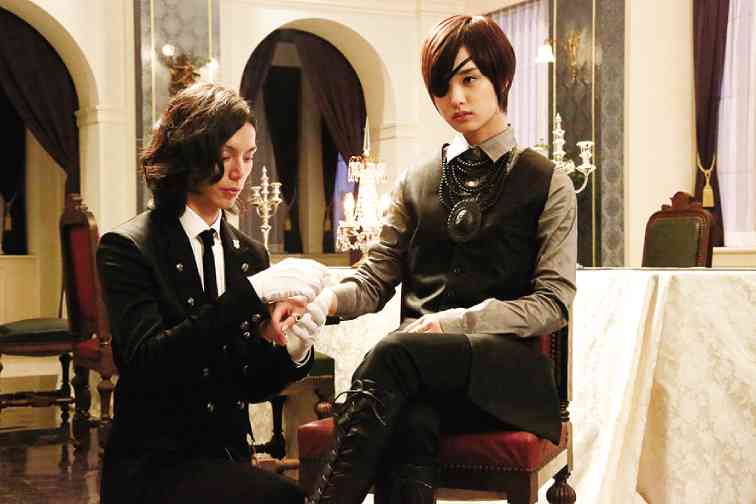 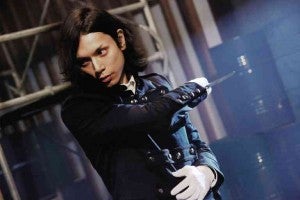 For the first time, the popular manga series “Black Butler” has been turned into a live-action film starring Hiro Mizushima and Ayame Goriki.

Created by Yana Toboso in 2006, the manga series has sold over 18-million copies worldwide and  been translated into over 20 languages. The animated television series premiered in 2008.

The original comics series “Black Butler,” written and illustrated by Toboso, had been serialized in the monthly G-Fantasy, published by Square Enix.

Directed by Kentaro Otani,  with a screenplay by Tsutomo  Kuroiwa, “Black Butler” stars Mizushima in the titular role of the Black Butler who goes by the name Sebastian, a perfect but arrogant butler with elegant movement and stylish manners.

Set in the year 2020, Shiori Genpo (Goriki) is of the Phantomhive noble family and the owner of the Funtom company, a toy manufacturer.

Shiori has formed a contract with a butler named Sebastian Michaelis, who is actually  demonic. In return, when Sebastian has helped her finish all of the tasks, including avenging her parents’ deaths, Sebastian will be allowed to consume Shiori’s soul.

While the original manga is set in 19th-century England, the film’s timeline has been fast-forwarded to 2020 in an Asian city where Western and Asian cultures freely intermingle.

In the film, only males can take the reins of the Phantomhive family, so Shiori, a young woman, dons male clothes and takes on the name Kiyoharu to lead the massive Phantom Corporation.

Producer Shinzo Matsuhashi said  Mizushima was the only Japanese person right for the part. In fact, Toboso had received a lot of offers to adapt the manga into live-action but the consent was given only after she knew that Sebastian would be played by Mizushima Hiro.

“Black Butler” will open exclusively  in SM Cinemas nationwide on July 23 and  be distributed by Silverline Inc.