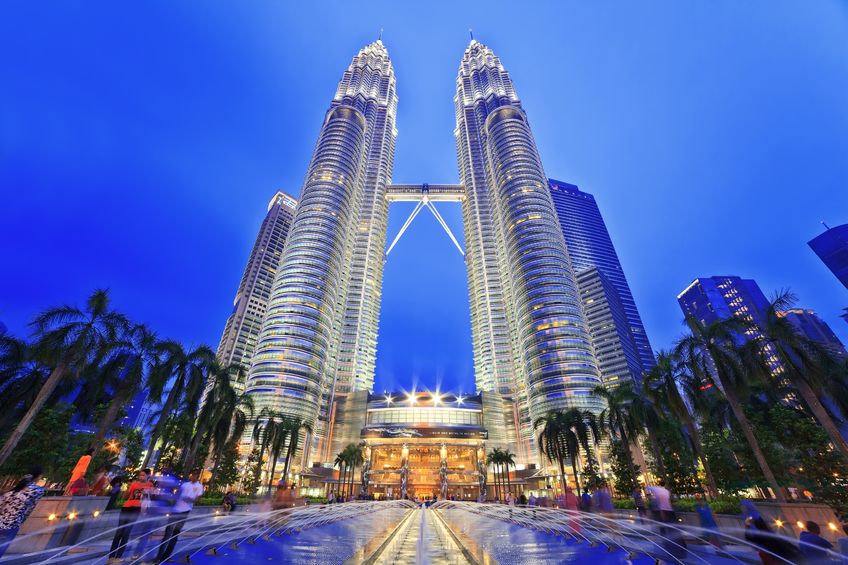 Even before Malaysia Airlines flight MH17 was shot down on Thursday over rebel-held eastern Ukraine in an apparent missile strike, killing all 298 people on board, Malaysian tourism was under a cloud following the MH370 debacle.

Malaysia’s March 8 loss of a jumbo jet with 239 people aboard and its widely mocked response hurt the country’s image worldwide.

With most of the passengers on MH370 Chinese, tourist arrivals from China — an increasingly important travel-industry market on which Malaysia has pinned much of its hopes for visitor growth — dropped in the aftermath.

While the circumstances of the two disasters are markedly distinct, perception is key in branding, and the latest tragedy is expected to complicate efforts to repair Brand Malaysia’s image.

“Malaysia’s competency and governance are not under the spotlight to the same degree as in MH370,” Bridget Welsh, a Malaysia researcher at National Taiwan University, told AFP.

“This said, Malaysia Airlines and travel to Malaysia will be affected outside of Malaysia. The effects will not be as serious as MH370 but overall negative.”

In some Asian societies such as China, deeply held superstitions cause people to shun anything associated with death, and Beijing resident Quan Yi summed up a commonly held Chinese view toward Malaysia.

“I’m definitely not considering travelling to Malaysia,” he said.

“I had a few friends who went there for their honeymoon. People who wanted to go there are reconsidering because Malaysia is too dangerous to go now.”

Some in the tourism sector, however, say any impact may be short-lived as Malaysia’s pristine rainforests and beaches, vibrant multi-culturalism and food scene and an overall safe and visitor-friendly environment continue to draw discerning travelers.

Malaysia drew 25 million visitors in 2013 and 65 billion ringgit ($20 billion) in tourism receipts, according to official data.

Hopes were high for 2014, which the government declared “Visit Malaysia Year” with plans to ramp up international promotional efforts centering on its years-long “Malaysia: Truly Asia” campaign familiar across the region.

Goals of 28 million visitors and 76 billion ringgit in receipts were set.

Most visitors are day-trippers from neighboring Singapore but Malaysia is targeting bigger-spending arrivals from the Middle East, Europe and particularly China.

But Chinese anger over MH370 caused arrivals to drop 20 percent in April, according to the latest Malaysian figures.

The China Business News reported Monday that concern over travelling on Malaysia Airlines, a major feeder of visitors to the country, has crimped arrivals by more than 40 percent since MH370, citing figures collected from Chinese travel agencies.

“The crash of the Malaysia Airlines flight (MH17)… has deepened consumers’ concerns over the carrier,” the report cited an official with China Environment International Travel Service as saying.

The official added that MH17 had led to a “large number” of new Malaysia travel cancellations “because a lot of tourists no longer trust Malaysia Airlines’ safety.”

“International tourists are definitely going to be thinking twice, thrice about flying on Malaysia Airlines,” said Jonathan Galaviz, a partner with the US-based travel and tourism consultancy Global Market Advisors.

Malaysia’s image has not been helped by a wave of kidnappings and other deadly violence on the coast of Malaysian Borneo, normally popular for scuba-diving and nature enthusiasts. Bandits from the nearby Philippines are blamed.

While the country’s flag carrier has taken a beating, Tan Kok Liang, vice-president of the Malaysian Association of Tour and Travel Agents, said agencies are hoping tourists will continue to visit the country on different airlines.

“Our outlook is that the average tourist will still want to come to Malaysia. The latest incident has got nothing to do with the safety of Malaysia and there is no reason why people will stay away,” he said.

That seems to bear out with many foreign travelers arriving at Kuala Lumpur International Airport after the latest incident, who mostly said they were unperturbed.

“Sadly there is a lot of skepticism about coming to Malaysia … This is my first time. I came because I am attracted to its multi-cultural society,” Alfred McDonnell, a 60-year-old American teacher, told AFP.

Q&A: How Malaysia Airlines can salvage its brand