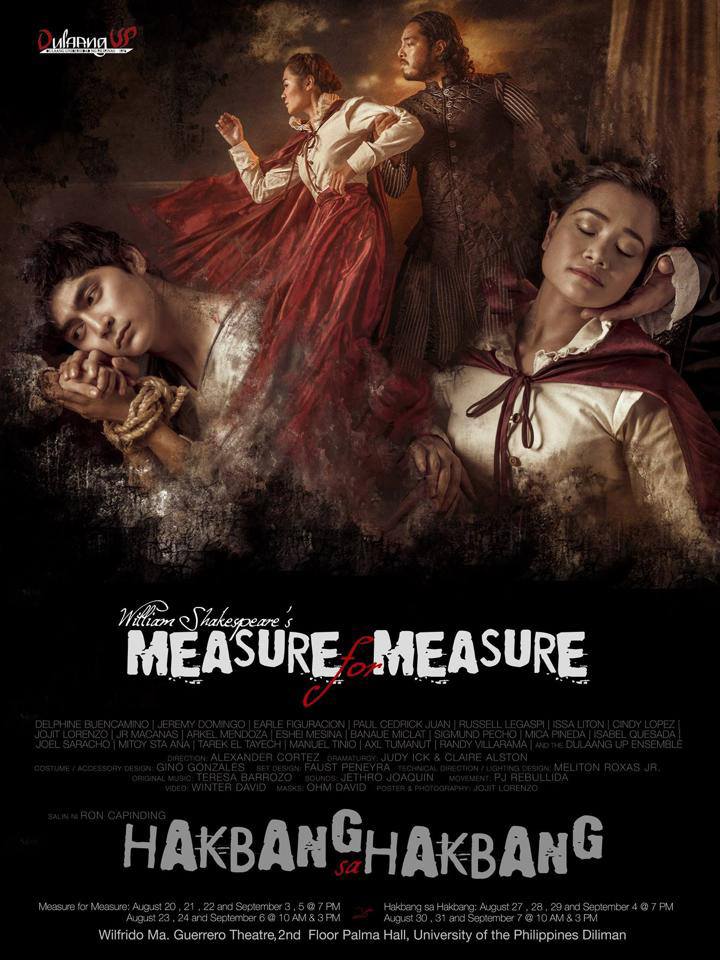 This staging also features Ron Capinding’s Filipino adaptation “Hakbang sa Hakbang”, and is under the direction of Alexander Cortez who is known for his deft handling of Shakespearean plays (DUP’s “Macbeth” and “Richard III”).

What constitutes justice? Morality? Love? Power? Forgiveness? In “Measure for Measure,” one is invited to examine these themes against a backdrop of a city that is in a steady moral decline—a most fitting juxtaposition with our country’s current socio-political milieu.

“The Duke of Vienna” investigates the increasing decadence of his dukedom as a friar in disguise. He hands over control of his government to his deputy Angelo, but this proves to be a fatal move as Angelo’s fanatical adherence to the law is laced with hypocrisy.

Claudio, a young nobleman, is condemned to death for premarital relations with a woman to whom he is affianced. His fate now lies in the hands of his virtuous sister, Isabella, who must choose between her brother’s life or her own.

Unapologetically vicious and at times achingly tender, “Measure for Measure/ Hakbang sa Hakbang” offers a lens through which we try to understand the thin and confusing line separating good from evil, love from lust, piety from self-righteousness. The play itself defies categorization as it hovers between tragedy and comedy.