And then there was Gishwhes | Lifestyle.INQ ❮ ❯ 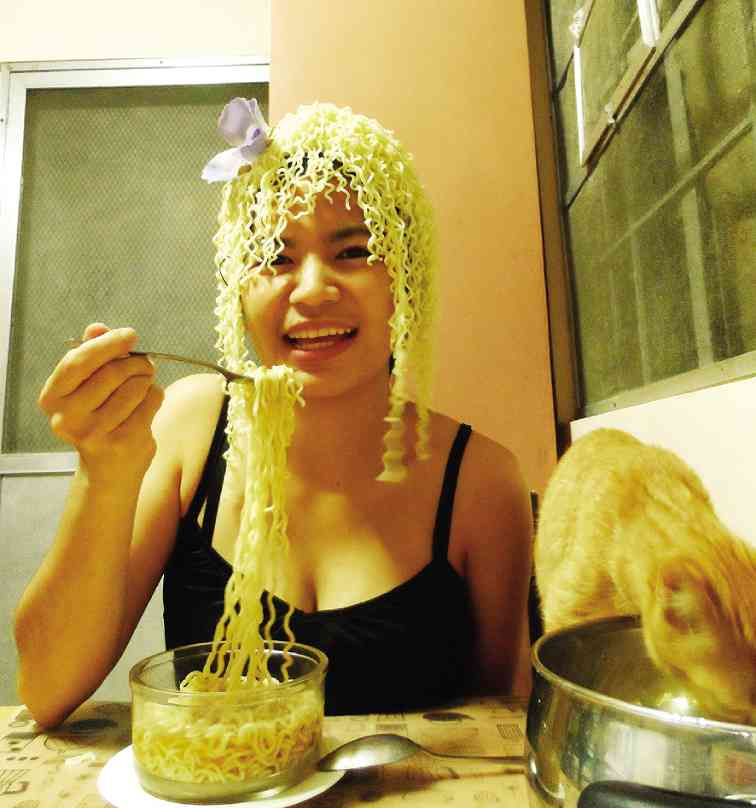 NOODLEHEAD You are what you (and, apparently, your cat) eat. INQSnap this page formore photos. NASTASHAVERAYO

And then there was Gishwhes

It all began in 2010 when Misha Collins, who plays the angel Castiel in the “Supernatural” TV series, promised on Twitter to share a rhinoceros with everyone who wanted a piece  if the series was ever catapulted to first place in that year’s People’s Choice Awards.

As of last year, Gishwhes has set and broken multiple world records: largest media scavenger hunt, largest online photo album of hugs, longest chain of safety pins and most pledges for a campaign. But more than that, Gishwhes continues to bring together people from all over the world and, for one whole week, get them to do incredible feats of boldness, creativity, insanity and kindness.

While there isn’t really much anybody could say that would prepare anybody for what is to come, here are a few things to keep in mind during that, in Gishwhes parlance, “abnosome” week:

1. Talk with each other

If you do not readily belong to a group of 15, there is a chance of getting teamed up with folks from anywhere in the world. Whether this happens or not, communication is key. You’ll need it to update each other of which items have been ticked off to avoid duplication and therefore save time. You should also all be on the same page when it comes to your goals. When our Team Possible was married off to tehWifeys, we were excited to be working with people who have done the hunt before. But it was a little disappointing to learn later on that while we were gung-ho and frantic about completing the dares, they didn’t put in as much effort as before since they weren’t gunning for the prize.

Count on it, a bunch of the items would require you to show yourself in public doing something or looking positively insane. Do it. It just might change lives, perhaps yours.

3. Think outside the box

The judges give points for creativity so while they wish people would stick to what’s on the list, they appreciate surprisingly brilliant interpretation. Last year, one challenge required us to submit a photo of a rodent riding Barbie’s car. None of us had a Barbie car but we were able to acquire a boy’s toy car. In the end, we plonked our very well-behaved guinea pig on a toy lamborghini, called the photo “Lambor-guinea,” and hoped the judges got a kick out of it as much as we did.

Get in the hunt with the mind set that nothing on the list is impossible, it just needs a little creative thinking and/or perception adjustment. One seemingly impossible challenge was selling a book to Amazon.com founder Jeff Bezos. It sounded pretty far-fetched that Bezos would give the participants the time of day, let alone buy books from us when he owned Amazon.com. But for those who dared, it turned out that not only did Bezos gamely participate, he even gave the participants the books they tried selling him!

Just a few hours before the hunt officially ended, I was still staring at the list looking for something I could still accomplish and add to our points. It was early morning in our time zone, I wasn’t even in the city and it was raining really hard so there wasn’t much hope. But as I made my way down the list, I saw it: “You are what you eat.” I ran to the kitchen for some instant noodle soup and cooked it, plopped the noodles on my head and pretended to eat what was left in the pot. I got to cross off that one item before the time had ran out, I felt so accomplished.

Although the challenges can be, well, challenging, don’t forget that this is all good fun. Whether or not your team members are out for the gold or just want something different to do during the first week of August, make sure you get out of it remembering you had a crazy, wonderful, heartwarming, mind-blowing time. (But don’t underestimate yourselves, you may just win a trip to King’s Landing in Croatia in this year’s hunt, which starts on Aug. 2.)