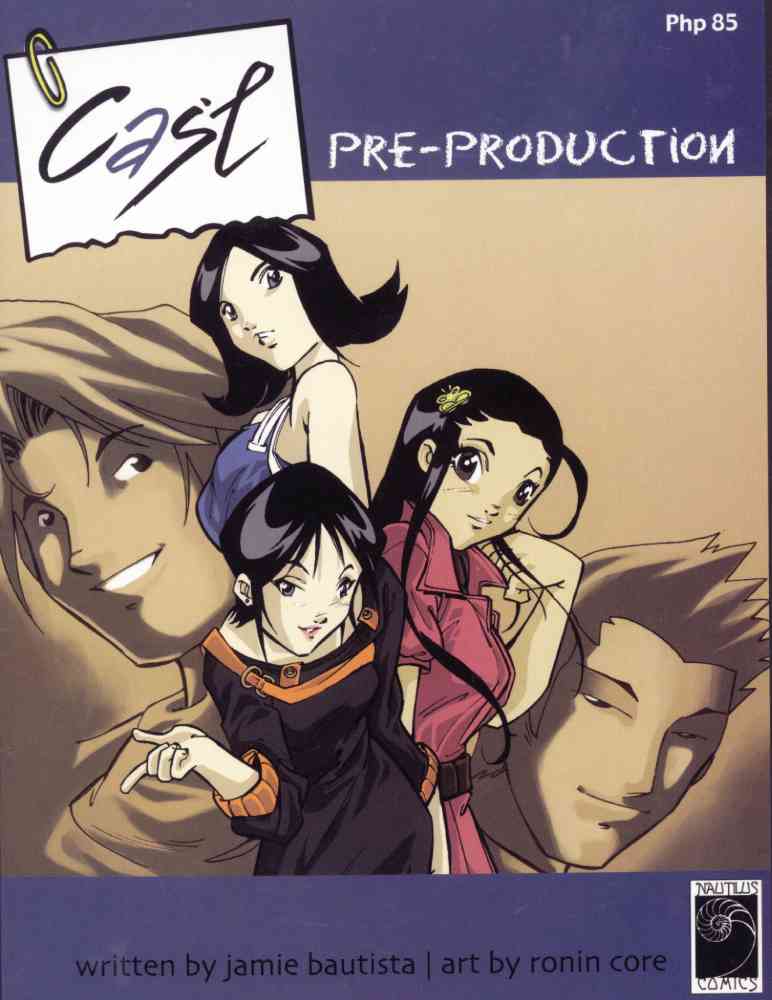 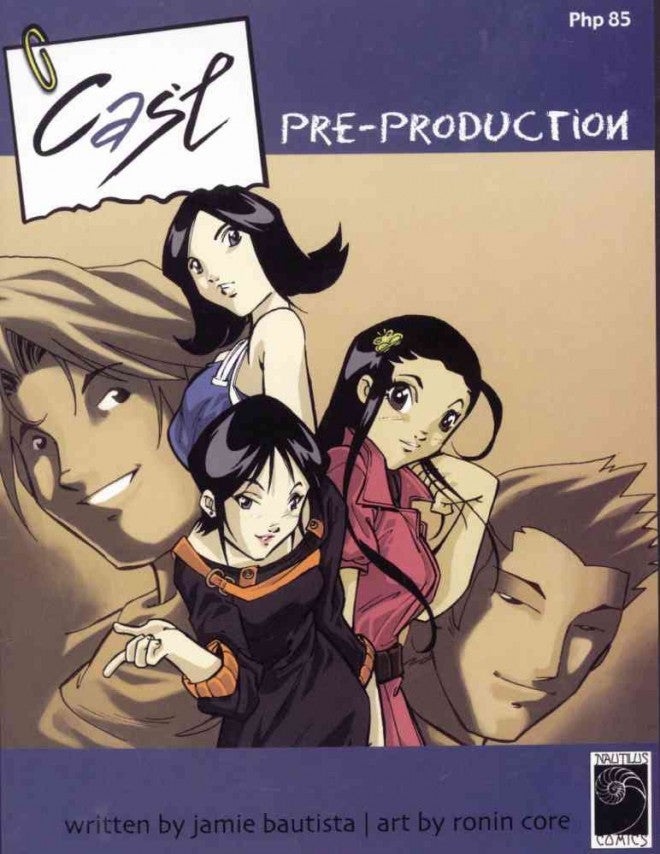 At its sentimental and dramatic heart, the comic book series “Cast” seems to be about a love triangle unfolding amid the hustle and bustle of a high school play—but it turns out to be about so much more. That’s why “Cast” was arguably the most popular ongoing series of the 2000s, with hundreds of young followers.

Originally published monthly and in full color, the series began with a prologue, “Cast: Pre-Production,” in 2004, and then ran for 11 more anticipated issues until 2007, when it reached climax.

Then nothing. For seven years.

Created by Jamie Bautista and Elbert Or and published by Nautilus Comics, “Cast” is about the staging of a play about King Arthur featuring a combination of high school students from all-boys St. Christian and all-girls Mary the Immaculate.

The shy, earnest Will Flores is cast as Lancelot and, fittingly, falls for his Guinevere, the dancer Ces Cheng. Just one problem: Ces is the girlfriend of Will’s friend Manny who, of course, plays King Arthur.

The genius behind “Cast” is that while the fascinating authenticity behind the Will-Ces-Manny drama is initially what draws many to the series, it is the subplots featuring the other characters that really win over the readers. Not just a bunch of waking hairdos, all these characters—Mons, Lel, Maita, Joe, Elmo, Lex, Janina, Clarence, Grip, Jiggs, Cid, Marc and Erika—are each crafted so realistically and distinctively that reading the entirety of the run felt like one was getting to know a colorful, dysfunctional family bringing a combination of genuine “kilig,” embarrassing and sad moments. Yep, just like high school.

That’s because Bautista originally based the events of “Cast” on his own experiences at Xavier School as part of its staging of the musical, “Camelot.” Later on, he began to fictionalize events and deviated from the autobiographical aspect, giving “Cast” its dramatic momentum.

“There are some what-ifs, some looking back and others purely fictional,” Bautista said in a 2005 interview. Elbert Or helped shape the series’ look, which went from a more manga-like feel to a more realistic look later on as “Cast” featured the work of artists Ronin Core, Joel Chua and, most significantly, the talented Jhomar Soriano and the incomparable Arnold Arre.

In 2007, the series came to what seemed like a now-or-never moment between Will and Ces, attracting the interest of its fans, and then issue #12 simply didn’t come out.

Seven years later, Bautista is still coming to terms with why that happened—or didn’t. “The truth is pretty humbling. One of the main reasons was simply money,” Bautista explained, adding that “Cast” never made enough money to be his main source of income.

As other obligations got in the way for Bautista, Arre and Soriano got immensely busy with other projects. “Though I felt I could finally squeeze in time and money to get ‘Cast’ #12 done, without both of them, I didn’t really want to do ‘Cast 12,’” Bautista said.

Year 2013 saw Bautista reconnecting with Arre and Soriano and “Cast” #12 began creeping toward publication, only to be halted when everyone got busy again and the issue missed the November Komikon that Bautista had targeted. But armed with a loan and now with wife Rhea Dumdum-Bautista on board to handle marketing and operations, Bautista decided to split “Cast” #12 into two issues, with Arre and Soriano providing pages together with past artists Stephen Segovia and Harvey Tolibao. “Cast” was now officially resurrected.

All that work came to fruition last July 19 when “Cast” #12 was launched at Fully Booked, Bonifacio High Street. Featuring three variant covers, “Cast” #12 is available at Fully Booked and other leading bookstores, and comic book shops.

The final issue, fittingly dubbed “Cast: Finale,” will come out in 2015, finally completing the original story as readers will find out what finally happens to Will, Ces and the rest of “Cast’s” ensemble.

But there’s a twist: “Cast” has now achieved digital life as a free weekly webcomic at www.thecastcomic.com, featuring a new story set in the same universe five years in the future, where the familiar characters have gone off to college and are working with a new “cast” of actors for a collegiate drama troupe, with Bautista writing and Soriano illustrating. “We are working on reconnecting with the old ‘Cast’ readership while finding new ways to grow that readership,” Bautista said.

Now that “Cast” is up and running again, Bautista admits that getting the 12th issue out is a very cathartic experience.  But the idea of helping old fans find closure while attracting new fans excites him. “Being an artist means that we have to learn to not only apply creativity to the works of art, but also to the business that lets us make a living off those very same works of art,” he says. “And I feel that with our new plans for ‘Cast,’ we’re doing exactly that.”