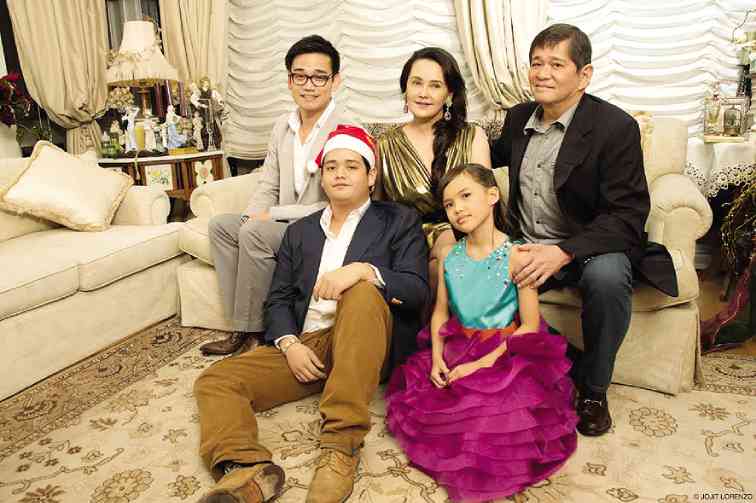 After almost a month of family bonding in Europe, it’s great to be back home and sleeping in the same bed for a change. Worrying about catching flights or overweight charges could be taxing on any vacation.

Upon arrival, my gracious Red Charity Gala partner Kaye Tiñga and I commenced our initial preparations for the annual benefit we organize to raise funds for Red Cross and Assumption HS ’81 Foundation. After the recent calamities, we are aiming to gain more funds.

One of our most generous sponsors has been Fila’s royal couple Butch and Cris Albert. Recently, Butch was named one of the notable philanthropists by Forbes Magazine along with only three other Pinoys, namely Enrique Razon, Ricardo Sy and Angelo King. 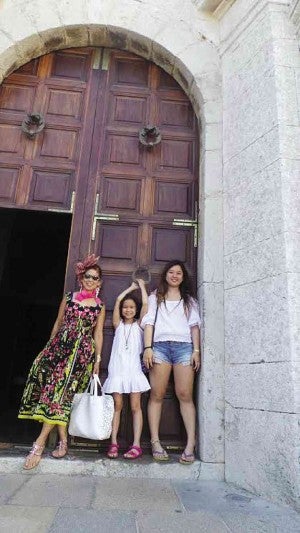 Butch is the founder of Operation Compassion and Fila’s Isportlife ministry that supplies housing after natural disasters like Supertyphoon “Yolanda.” Forbes noted that the Alberts funded the program with personal contributions and donations from their own company that operates 325 stores in the Philippines for the Italian sportswear brand Fila and other brands like Tiva, Everest and Outdoors.

Kind-hearted Butch also heads Ifoster, an adoption and fostering program for abandoned children, which has given new homes and families to many orphans.

As part of the Fila family, Cris and I have supported Red Cross for many years now.

For the Red Charity Gala, we will continue our efforts to align with the programs of the Red Cross, especially in Samar.

This year, the Philippine Volcanoes team, the brand ambassadors of Fila, will attend the gala at the Makati Shangri-La Ballroom.

The Philippines’ own Brazilian import Fabio Ide and Philippine skater champ Michael Martinez, who is Fila’s most recent endorser, had all the fans excited.

Putting their own stamp

In the span of a year, Red Turnip Theater has made its mark in the Philippine theater scene. The band of five actors that make up Red Turnip (Ana Abad Santos, Topper Fabregas, Jenny Jamora, Cris Villonco and Rem Zamora) wanted to come up with a maiden season that would reintroduce Philippine audiences to the straight play while putting their own stamp on the theatrical experience.

Their first production, “Closer,” was a bruising and honest take on modern-day relationships and their follow-up, “Cock,” was a biting comedy about sexual identity. Both productions received much acclaim from critics and audiences alike.

The five are back with their second season and are excited to kick-start it with the 2007 Pulitzer Prize winner “Rabbit Hole.” Written by David Lindsay-Abaire, “Rabbit Hole” was a Broadway hit that garnered several Tony nominations and a win for its lead actress, Cynthia Nixon.

The Manila premier has film and television star Agot Isidro in the role of Becca, with theater veteran Michael Williams as her husband Howie. This production marks Agot’s return to theater after a long time.

Joining Isidro and Williams are Che Ramos-Cosio as Becca’s sister Izzy and Sheila Francisco as their mother Nat. Dulaang UP’s Ross Pesigan rounds off the eclectic cast as Jason, the young boy responsible for the tragic loss of their son.

Topper Fabregas makes his directorial debut for this production. “Rabbit Hole” opens Aug. 1 and runs all weekends of August.

Tickets are available through TicketWorld (8919999 or www.ticketworld.com.ph) or Red Turnip Theater ([email protected]

Fila supports Red Turnip Theater as it opens its second season on Aug. 1.

After spending a couple of days in Spain, I became a Spanish cuisine foodie. So, it is timely that Vask Restaurant is having a special menu with Filipino flavors prepared by Spanish chefs.

Our very own Filipino ingredients become the highlight of the limited-edition menu that chefs J. Luis Gonzalez and Julieta Caruso put together for Kulinarya, a collaborative series for Gallery Vask.

The night began with an informative lecture about their collaboration. With help from people in the industry, the two chefs traveled around the Philippines to source native ingredients, both common and unusual, from Filipino kitchens. It was also a chance to exchange ideas.

Not only did the flavors they experienced from different regions inspire them, but the techniques they have learned are also integrated in this 10-course menu featuring gastronomic dishes that are Filipino at the core.

Foodies like Margaux Salcedo, Cheryl Tiu, Margarita Fores, and Arnold Gonzales from the Department of Tourism were in attendance.

First we were treated to a twist of street food—shrimp balls in fried bagoong, and wrapped yolk with the soup of balut, aptly named “Balot Balut.” “Binulo” was very impressive and reminiscent of our sinigang.

A pleasantly surprising combination of uni and tocino was refreshing and tangy, inspired by kilawin sa tabon-tabon which they tried in Cagayan de Oro.

Then, to round out our evening, a very playful yet meaningful spread of desserts and delicacies was served. These were presented on sungka to represent a continuous game of learning about sustainable cooking through local produce.