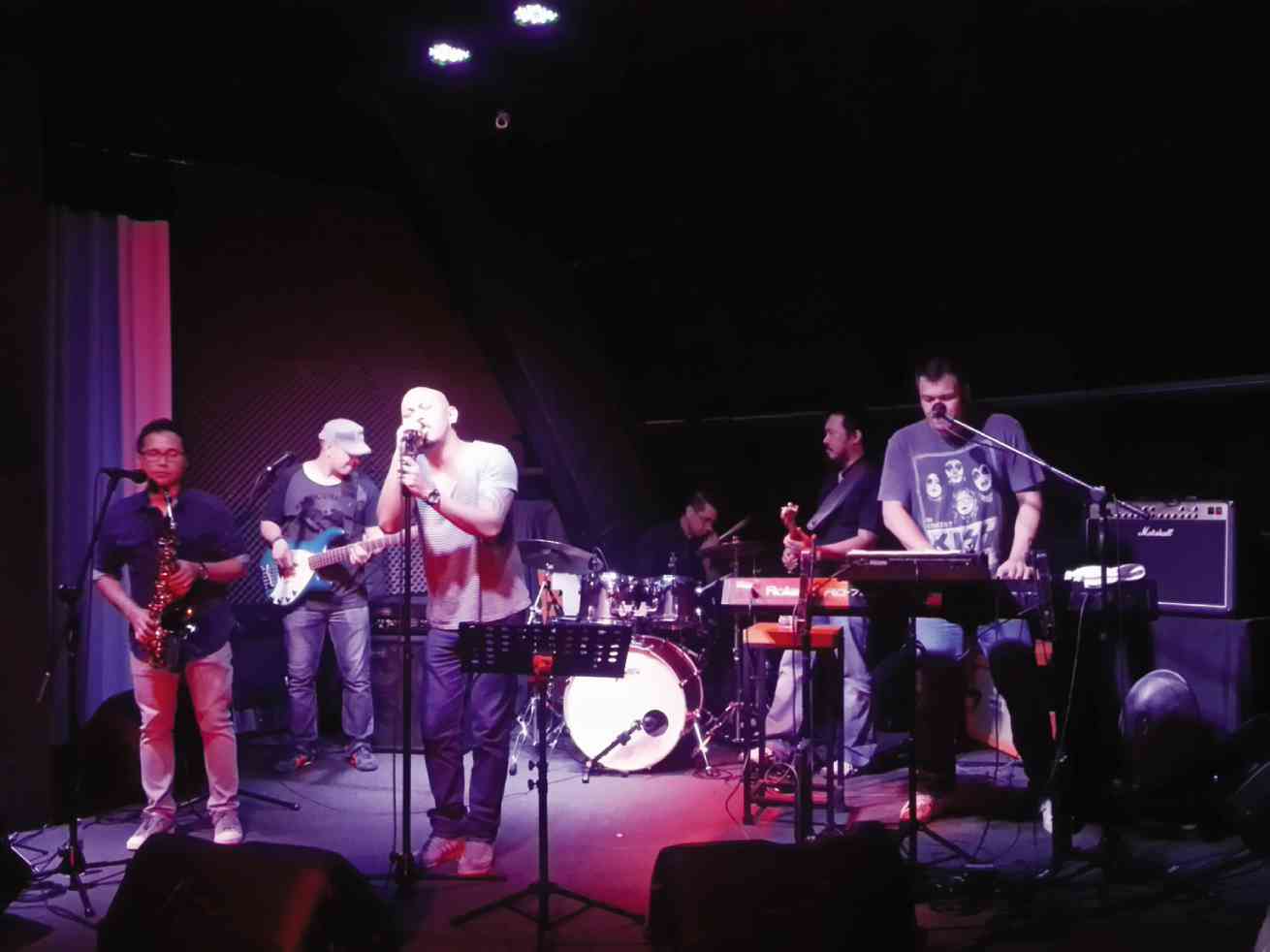 When Sandwich front man Raimund Marasigan told us a few weeks ago that he would be visiting 12 Monkeys, a new club co-owned by Parokya ni Edgar vocalist Chito Miranda, we made a mental note to check it out soon.

We made it last Tuesday night. The “bed weather” from rains brought by Typhoon “Henry” failed to dampen the mood at the place, which was packed with couples, buddies, and popular TV, radio and club personalities.

The gate charges P400 with a free drink. Each table is said to have a minimum consumable amount, depending on proximity to the stage.

Radio DJ Slick Rick of Magic 89’s “Boys Night Out” was celebrating his birthday; joining him at a table were his “Boys” cohosts Tony Toni and Sam YG.

Tony is also one of the 12 Monkeys, meaning the dozen business partners who put up the club.

Moments after arriving, we bumped into Jericho Fernando of JB Music stores, who turned out to be another co-owner. “Have a drink,” he said, pointing to three liquor bottles at the bar. “Those are mine.”

But we had ordered San Miguel Pale Pilsen, which at P100 per bottle is expensive; but it’s ice-cold tasty and we just considered that the cost includes the club’s classy ambiance.

We also sampled one of its pizza items, Garlic and White Shrimp, which was served rather tepid and thus not crunchy enough.

Opening the night’s live performances was Kel Fabie, a magician who invited members of the audience onstage for his bag of tricks.

But it was Mike Unson, a stand-up comedian introduced as a proponent of “Pinoy point of view” humor, who really got things rolling. He kept the crowd in stitches with his wacky sketches which included taxi drivers, couch potatoes, indie bands, losing one’s cell phone and why Filipino offspring never leave their parents’ house.

The featured band, South Border, was warmly applauded, and later on wildly cheered, for its dynamic rendition of originals and covers. Having seen the group perform a number of times these past few months, we’ve been quite familiar with its repertoire. But what keeps it interesting is that bandleader and keyboardist Jay Durias never tires of approaching a song in different ways, as in improvising during the bridge or any moment he feels like it.

Even if the whole band proceeds to play the tune in its original studio version, it does so in spirited fashion, and the result is still refreshing.

And so the crowd went crazy upon hearing “Love of My Life,” “Rainbow,” “Kahit Kailan,” “Habang Atin ang Gabi,” as well as a Boyz II Men tribute and Macklemore and Ryan Lewis’ “Can’t Hold Us.”

Actress Maxene Magalona was spotted singing along, raising her arms in bliss, and then taking snapshots of the band. Her dad Francis M would have felt at home in this club. We remember him telling us that he first met his future wife, Pia Arroyo, at a club called King Kong, owned by filmmakers Ishmael Bernal and Marilou Diaz-Abaya.

They all stood up and grooved, looking like a bunch of shiny happy people when the band played a series of dance tunes by Bruno Mars and Pharrell Williams.

Vice, in particular, was in a party mood, laughing and singing and sipping white wine. But at one point he was huddling in serious talk with a member of his entourage. When the band finished its set, Vice was said to have requested for a reprise of “Rainbow.”

If the owners can hire someone to fix the faulty audio system (there was hardly any “bass kick” from the drums), we’d love to hang out more at 12 Monkeys.