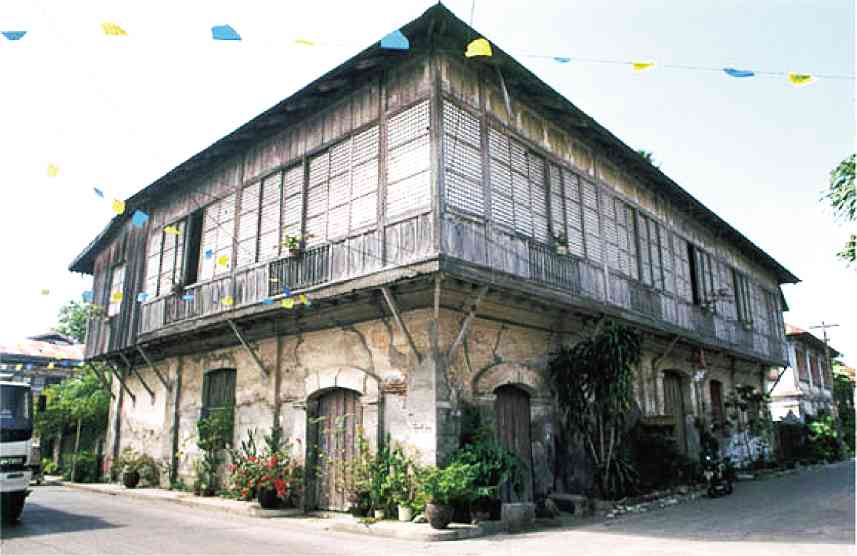 VIGAN’S elegantQuema House is one of the few remaining in their authentic and original state.

“Philippine Heritage Homes:  A Guidebook” is a welcome addition to the scant bibliography on heritage architecture.

Geographically spread out between Vigan in Ilocos Sur and Taal in Batangas, the houses that appear in the guidebook are grand examples of surviving residential architecture built from the Spanish colonial era to the early American period in the Philippines.

The architectural thread connecting all houses in the publication is the bahay-na-bato.  The houses featured are all variations on the Philippine architectural archetype of the detached, rectangular house with a hipped roof covered by terra-cotta tile.

Stone walls with heavily grilled openings enclose its ground floor; and on the wooden upper floor, capiz windows slide open to allow light and ventilation to penetrate the interior spaces.

“The consciously sited bahay (house) is molded by the two-season tropical climate of searing heat of the sun, humidity, rain, occasional typhoons, hurricanes and seasonal floods.

“Earthquake, a constant reminder of the fragility of the environment, is addressed by the efficiency of the builders in the use of local wood-construction technology that allows the house to dance with the tremors of the earth.”

Located behind the Ilocos Sur Capitol (itself a worthy example of American-colonial civic architecture) in Vigan is the historic Padre José Burgos House; it is an example of an early bahay-na-bato that is built smaller and closer to the ground than the later versions found in Vigan and elsewhere.

Typical of the bahay-na-bato, the wood-framed upper level was where the family lived; it would be  reached through a grand wooden staircase rising from the zaguan, a carriageway running from a huge wooden entrance door on the ground floor.  The rest of the stone-walled ground floor was used for storage.

Now the National Museum in Vigan, the Padre Burgos House is a repository of Ilocano culture, exhibiting an excellent collection of local artifacts, furniture and lifestyle objects, including a series of 19th-century paintings by the Ilocano painter Don Esteban Villanueva of the Basi Revolt of 1807.

Its exterior, painted sky-blue with delicate architectural details painted white, adapts the traditional stone ground floor and builds it with concrete; while above it, a richly detailed wooden upper story houses the family sleeping quarters.

Compared to the solid bahay-na-bato of earlier years, this structure is gracefully tall, light and airy.  Making the house even more outstanding is the ceiling painted by Amorsolo.

In stark contrast to the splendor of the Santos House is the Apolinario Mabini Shrine, a humble bahay-kubo on the banks of Pasig River in Manila.

The house is a typical bahay-kubo, found in the less-affluent areas of Philippine cities and rural areas.  Its characteristic steep roof of nipa woven into the wood roof framing rests on a system of wooden posts that rise from the ground.  Like the bahay-na-bato, the family living quarters are on the upper floor.

The modestly sized, rectangular structure’s ground floor, usually left open, serves as protection from seasonal floods, or provides shade for the family to rest from the heat of the sun.  It is architecture totally suited for the tropics.

Intended to be a museum of the ilustrado lifestyle of the mid-19th to the early-20th centuries, Museo De La Salle on the De La Salle University campus in Dasmariñas, Cavite, was purpose-built to accommodate family heirlooms of two prominent Pampanga families: the Arnedo-Gonzalez and the Joven-Panlilio.  Buried by lahar, their dismantled homes were incorporated into the new structure built on the De La Salle campus.

The new structure, surpassing the grand scale of the Aniceto Lacson House in Talisay near Bacolod and the Hizon-Singian House in San Fernando, Pampanga, which are probably the largest and most imposing ancestral homes in the country, Museo De La Salle gathers a collection within its walls that embodies ilustrado living on the highest level.

Each house in the book, its story lovingly told and its architecture professionally described, is a landmark in the evolution of the bahay-na-bato.

The value of this publication is that it awakens interest in one area of Philippine heritage: the heritage of the traditional lifestyle of the privileged sector of society.

Time has come to expand the present view of heritage houses from the concentration of the late years of the Spanish colonial era and early years of the American colonial periods, to calling attention to other examples of pre- and postwar architecture, and especially of the value and place of individual homes within the collective milieu or townscape of the city or town where they are situated.

Heritage is, after all, not about single monuments but a totality, of the relationship of each monument to its surroundings, and its significance to the nation.

Published by Anvil Publishing Inc., “Philippine Heritage Homes:  A Guidebook” is available in all major bookshops, or from [email protected]

All photographs are reprinted with permission from Anvil Publishing.