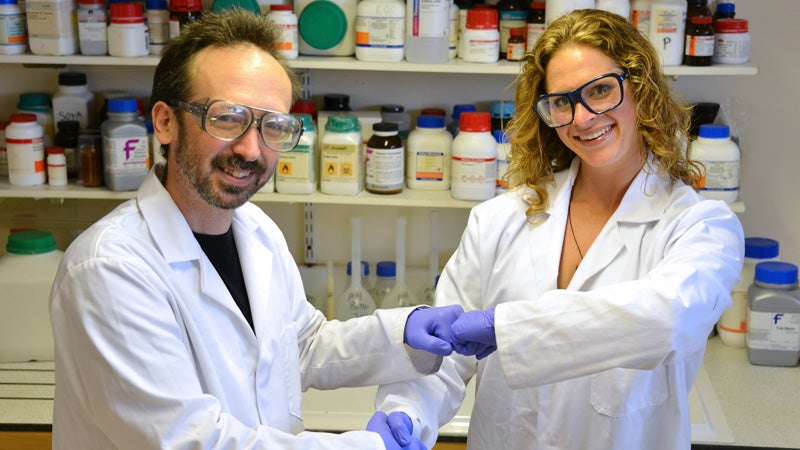 LONDON — Fist bumps are more hygienic than handshakes and drastically reduce the risk of spreading infectious diseases, researchers in Britain have found.

The study discovered that a handshake transfers 10 times as much bacteria as a fist bump, following a series of tests at Aberystwyth University on the west coast of Wales.

Doctor Dave Whitworth, who led the research, said the study could have a serious impact on public health.

“People rarely think about the health implications of shaking hands. But if the general public could be encouraged to fist bump, there is a genuine potential to reduce the spread of infectious diseases.”

Researchers were able to measure the movement of germs using sterile rubber gloves, one of which was dipped into a coating of the potentially deadly E. coli bacteria, before exchanging a range of greeting gestures.

The results of the research, published in the American Journal of Infection Control, showed that handshakes passed on far more of the dangerous bacteria than fist bumps or high fives.

The number of germs moving between people was reduced by more than half during a high five and 90 percent in a fist bump.

Experiments also found that a firmer handshake increased the level of bacteria shared between palms.

Fist bumps, famously employed by US President Barack Obama and his wife Michelle, are thought to be more hygienic due to their shorter duration and smaller contact area.

The study was inspired by the increasing promotion of cleanliness in the workplace, including the growing use of hand-sanitizer’s and keyboard disinfectants.