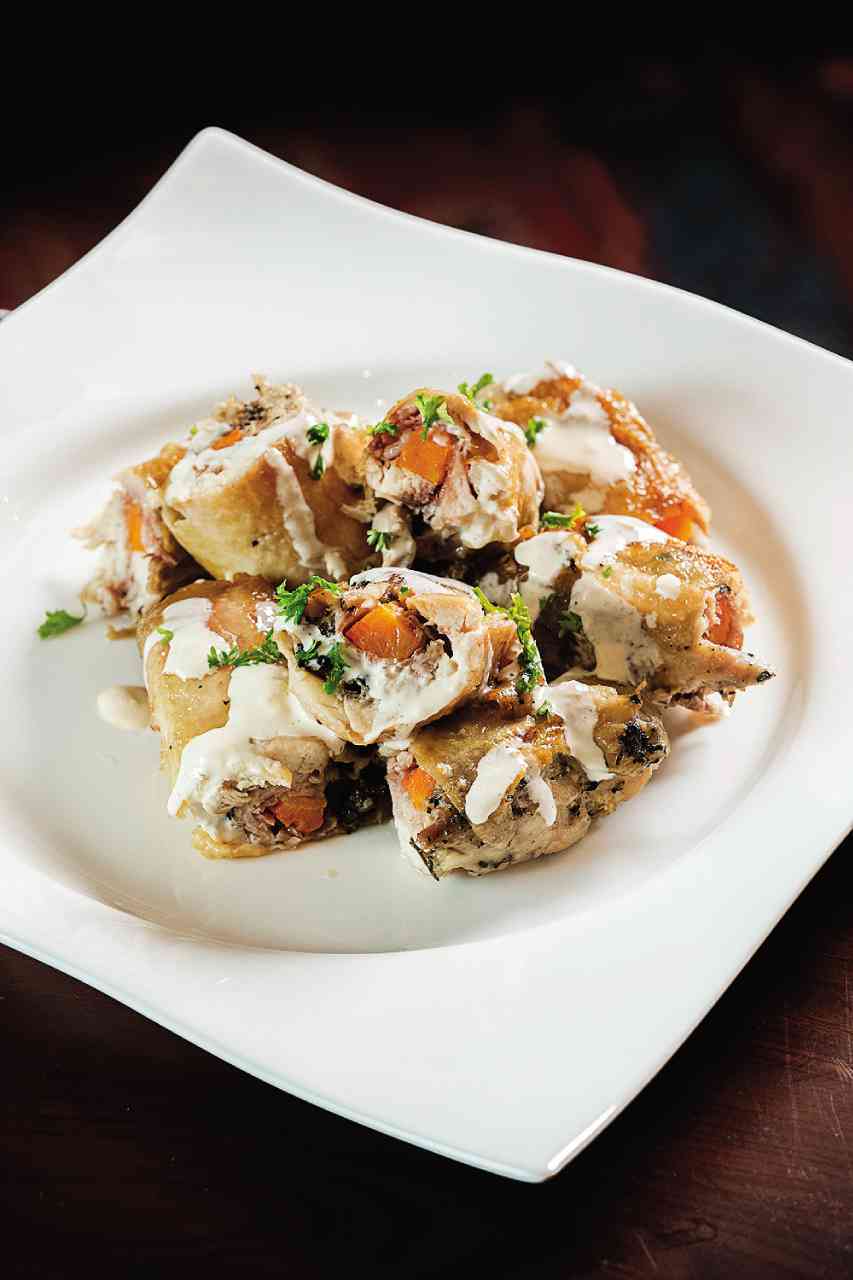 Whether at the concert hall, at the Cultural Center of the Philippines where he’s president, or at the University of Santo Tomas’ Conservatory of Music, where he’s dean, Raul Sunico plays beautiful music and conducts a symphony of the performing arts.

But at Paresto Café, Sunico orchestrates a symphony of tastes and flavors.

Unknown to many, aside from the performing arts, the piano virtuoso and arts manager is also into the culinary arts.

Paresto Café is proof of his kitchen passion.

Paresto Café is the newly opened restaurant at the newly opened Fisher Mall in Quezon City. It is actually a revamped version of a previous food place-turned-catering service venture with good friend and business partner, chef Froilan Ferrer.

“We only use the best, freshest ingredients. Your product should speak for itself. We want clients to come back for more,” Sunico said.

The CCP president said that he has his mother to thank for his personal inclination toward food and cooking. He explained that his mother used to own a bakeshop; and her recipes for Lengua, Bacalao, Pochero and Brazo de Mercedes were considered family heirlooms.

In spite of all this, Sunico said that it is Ferrer’s culinary brilliance that governs Paresto Café.

The restaurant’s menu boasts of a wide array of filling dishes that will definitely not break the bank. Contrary to their initial impressions, customers will be surprised to discover that almost all dishes are under P300.

Paresto Café aims to bring a fine dining experience nearer to mall-goers’s taste—a challenge Ferrer and his team willingly take on despite the limited dining and kitchen space.

“There’s a science to cooking, where study and experience meet,” said Ferrer. “We have that and the quality of our food as our strengths. (It’s) our best-kept secret.”

Ferrer cited the Lengua con Setas and the Pasta Aligue as his Paresto Café favorites. But Sunico said he swears by the Russian Salad, the Menudo Sulipena and the Pasta a la Putanesca.

But the two agreed that everyone must simply try the Chicken Flutes, a mixture of chicken bits and Parmesan in a Béchamel base, held together by a tortilla wrap fried to a golden crisp.

Other sure crowd pleasers are under Paresto Café’s Ribs selection. The hickory-smoked, mustard-glazed Baby Back Ribs would surely satisfy any barbecue craving. Just as irresistible are the Paresto Short Ribs, which tickle taste buds with a light Pomodoro sauce that packs a flavorful punch.

For those who seek a healthier alternative, there’s the Cobbler Fillet, a poached Cream Dory fish dish drizzled with Hoisin sauce.

The Chicken Roulade, on the other hand, consists of bite-size chicken wraps with Parma ham, asparagus and truffle oil. Topping them is a creamy truffle sauce.

Before Paresto Cafe, Sunico and Ferrer were partners in running a simple beef stew and noodle place in Bagong Silang, Caloocan City. This was in 2006 and the place was called 825 Pares and Mami House. Sunico and Ferrer managed it as they jump-started their catering business.

Later on, they decided to close the restaurant to focus on catering, which they expanded so much so that they had to transfer their facilities to Zabarte, Novaliches.

Sunico and Ferrer said they were paying tribute to Paresto Café’s predecessor by naming it after the eatery’s signature dish, “Pares,” the beef stew dish as it is popularly known locally.