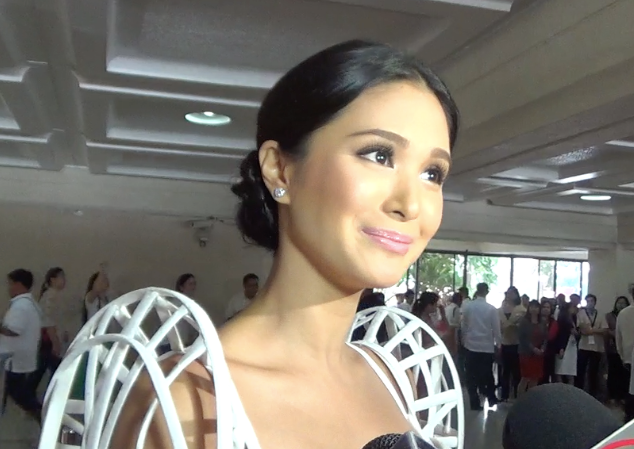 MANILA, Philippines–Actress Heart Evangelista defended Senator Nancy Binay from her bashers who made fun of her sartorial choices during the fifth State of the Nation Address (Sona) of President Benigno Aquino III on Monday.

“It was not a fashion event and it’s a Sona event,” Evangelista told entertainment website PEP.Ph in an interview.

She said what was important was the reason why the senator attended the event, adding that netizens should not focus on her outfit.

Binay’s afternoon gown, a white number also by designer Ortiz, got as much dissing for its draped bodice and serpentine skirt, with netizens comparing its front panel to the “Easter Bunny,” and its voluminous side folds to “the satin lining of a coffin.”

In contrast, Evangelista was deemed as one of the best-dressed personalities during Aquino’s national address.
The senator has brushed off the criticisms against her saying she is already used to it.

During the 2013 senatorial elections, Binay also got bashed by netizens citing her lack of credentials to run as a senator.