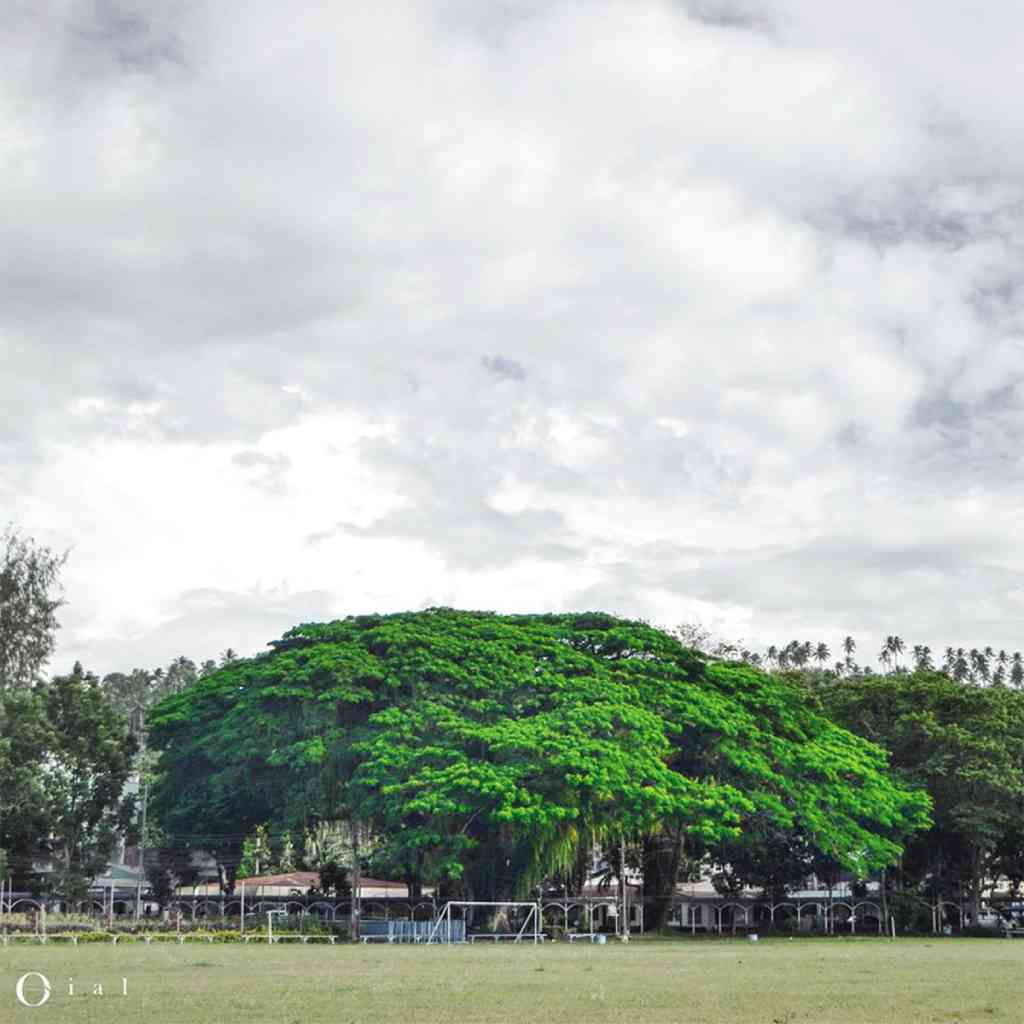 Albay’s zero casualty record made headlines a day after “Glenda” hit the country.

But what most do not know is that the calamity-prone province suffered a great blow on the fateful night of July 15. It lost a great friend and an icon when its 113-year-old “big man”—Bicol University’s (BU) centennial tree (Centree)—finally bowed to the force of nature.

Centree, an acacia tree planted in 1901 that lorded over the Legazpi campus of the state university, was one of only 14 centennial trees in the country. It was the only centennial tree in the Bicol region protected by the Department of Environment and Natural Resources.

The tree withstood all the major storms that hit the province, including Typhoon “Reming” in November 2006. In 1968 and 1984, when the world-famous Mayon Volcano spewed ash that reached Legazpi City, Centree stood strong.

However, Glenda’s maximum sustained winds of 120 km per hour when it hit Legazpi City would prove to be too strong for Centree.

The morning after Glenda’s wrath in the city, news that Centree was uprooted by the storm spread like wildfire. BU students couldn’t believe it at first until they saw on social media

photos of the felled tree blocking a major road inside the university, crushing its marker and a section of the university’s covered walkway.

A number of BU students and alumni expressed sadness that the tree, which stood witness to their moments of success and failure, would no longer welcome them as they enter the university.

When foresters visited the university and declared Centree officially dead, Albayanos, especially BU students, felt as if they had lost a dear friend, even a sibling.

“Centree saw students enter and leave the university, where their lives drastically changed,” said Regina Relova, an alumna who’s now working as a software analyst. She added that things would not be the same the next time she visits the university.

Centree heard a secret or two about the students who gathered under its massive branches. Despite rumors that snakes inhabited the tree and would fall accidentally, students still spent time in its comforting shade. It was where they got to know more about their friends.

“Every time I would hang out with my special friend, we usually spent time under Centree,” said Cris Mirandilla, a Journalism graduate. “Centree witnessed the happy moments I had with my friend, that’s why it was very special to me.”

For a time, several food carts were stationed around Centree. As the alumni recalled, they didn’t mind the hour-long gaps of their classes since they could while away the time under Centree, gossiping and eyeing their crushes at the nearby College of Nursing.

In September, as the university celebrates its 45th founding anniversary, activities that used to take place around Centree won’t be as fun and memorable.

It feels even worse for Batch 2015, who will not have Centree to watch them walk the aisle and claim their diplomas after years of hard work in the university.

“It’s hard to accept that I’ll be graduating without Centree beside the commencement grounds,” said Dick de la Vega, a College of Science student.

Words are not enough to fully describe the loss that alumni and students feel. On Facebook, Joel Paolo de los Reyes, a student of BU College of Medicine, wrote a eulogy for Centree. An excerpt follows:

“You must have been very sad, old friend, when, during the first bouts of the howling wind, you remembered all the laughter, sadness, success, failures that transpired under your loving arms in these long years.

“You must have been very sad, old friend, when the downpour became torrential, drenching your old proud body to the roots, masking your tears not for yourself, but for the children you’ve always wanted to watch over in the future.

“You must have been very sad, old friend, when the howling wind finally overwhelmed your resilience, when gravity finally pulled you down, ending your glorious century in a snap.

“But never be sad, old friend, for aside from your physical roots, you have, under your friendly shade, produced scores of professionals, leaders who are making their own roots… to make this place better.”

It was during Monday’s solemn commemoration of Centree that a number of students shared their “Centree moments.”

“Every time I take shots of BU’s landscape, I always make sure that Centree would be featured in my photos,” said Earl Recamunda, an alumnus and professor at BU College of Arts and

Some students also recited poems, which were later pinned on Centree’s trunk.

University Student Council chair Adelaine Bautista said that the university is planning to use sections of the felled tree to build the arch in the soon-to-rise Student’s Center building at BU’s Daraga campus.

Disaster may have uprooted Centree physically, but its real roots—the students and alumni of BU—stay firmly grounded, helping make the country, and especially the region, a better place.