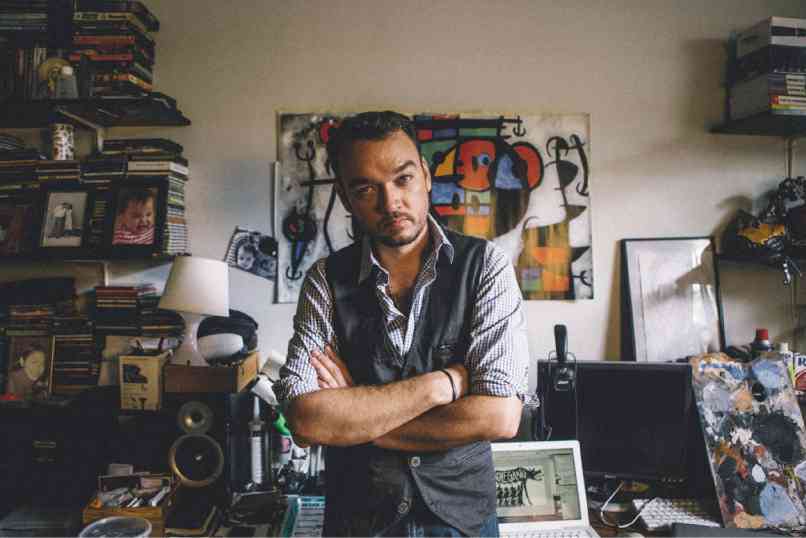 VEST interest: Basti adds a hint of rock to an otherwise preppy polo with a light canvas vest.

Mid-sentence, the speakers begin blaring and Basti rushes inside the house to find his little daughter paralyzed in a mix of shock and fear by the loud music.

“She turned the volume up out of nowhere!” laughs Basti as he returns to the interview’s setting. “I had to get her, she looked so kawawa.”

After two decades of being in the music industry, it appears the well-loved band member of Wolfgang has taken on two new different roles: that of a father and a solo artist.

“I’ve had these songs for almost eight years but couldn’t find the right guys to make it with,” says Basti of his album, “then a few months ago, chance circumstances led to the right folks and we recorded the whole album in two days—not even kidding.”

With his debut song, “Last Goodbye,” Basti allows audiences to encounter a growth in his artistry. “It’s completely different from what everyone has been hearing me do but everyone’s been so positive, I couldn’t be happier.”

Newly emerged from slumber, Basti’s little twin ladies, as if on cue, take a curious peek at their dad and run away giggling. “That’s usually my day,” says Basti, “after all that, if there’s a gig, I usually head out to play.”

For information on Basti Artadi’s new album or other concerns, contact Gina Godinez of Fullhouse Asia at www.fullhouseasia.com