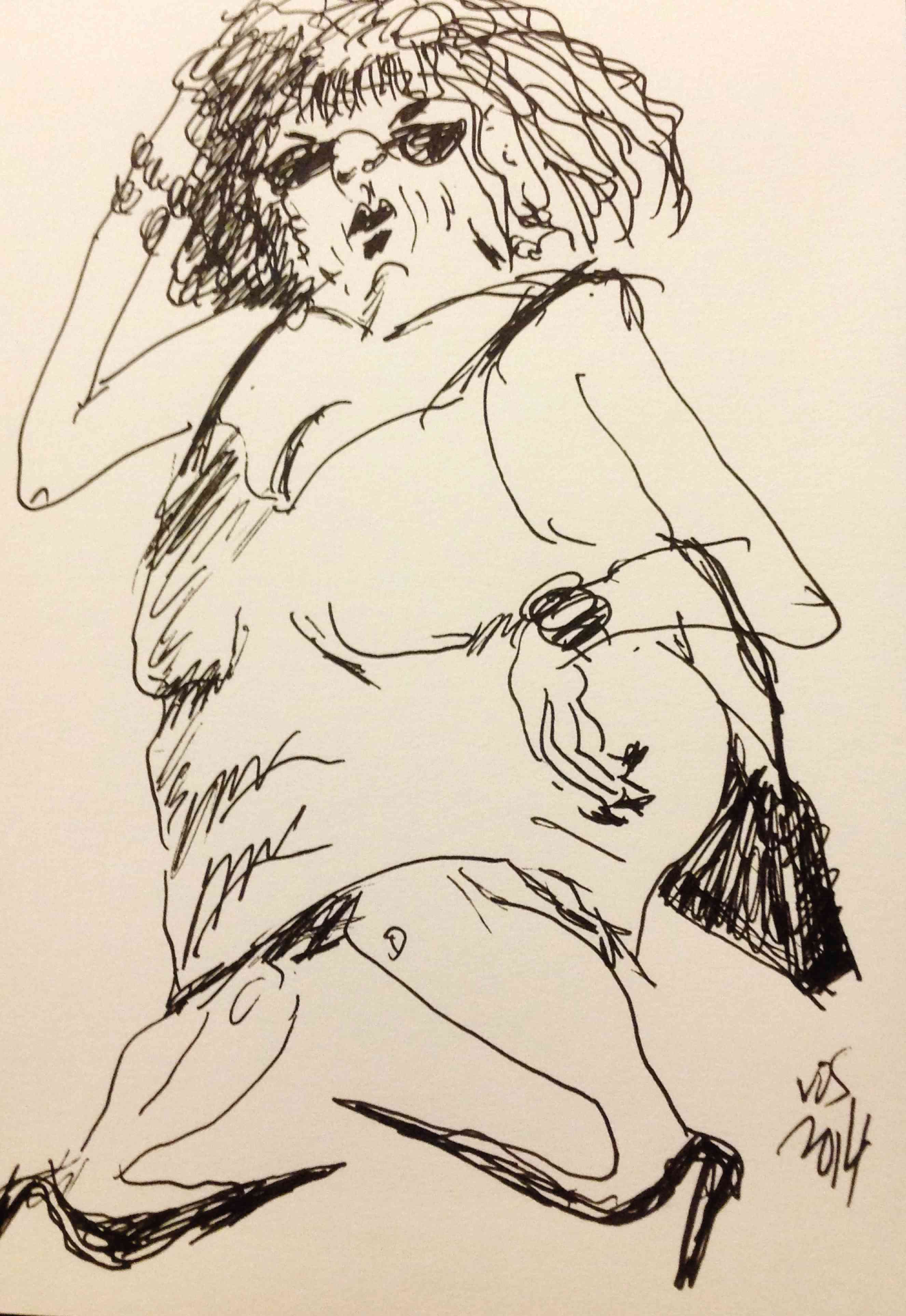 IF FASHION is neither about comfort nor looking good then...WHA-A-A-T!!! ILLUSTRATION BY VOS

I DON’T know that anyone can escape the pressure of fashion since fashion may well be the most pervasive element of peer culture.

My own earliest recollection of succumbing goes back to first year high when, having just begun wearing longs, I acquired my first pair of pants in the fashion of the day; it was of twilled cotton cut so low waisted, it needed only one button to close the fly and so tight it required some strength of body and will to get into and stay in. I was set to debut in it, on All Saints Day, when I was stopped by the resident fashion police: “You’re not going out in that.”

The low, cold, portentous voice stood in my face in a white short-sleeved shirt tucked inside a pair of coal-gray pants, cuffs standing lightly on the tops of deep-brown Ang Tibay wingtips. If you saw my father on this balmy November 1st evening, you saw the rest of his frugal, colorless, style-less wardrobe: two other such exact shirts as he was wearing, a full-sleeved fourth, and a second pair of dark pants; the wingtips were his only pair of leather shoes.

Except for the long-sleeved shirt, faintly yellowed now from keeping too long in the aparador hanging in wait for the next special occasion, he wore everything to work and to the cemetery, whether the occasion was a walking funeral or the annual national day of homage to the family dead.

“You want to wear those pants, you stay home,” father warned again when I had not made a move to get out of the contentious piece of clothing.

I actually thought I had a free and manly say in the matter, one that might well constitute my first litmus test of conviction. I weighed my options: it’s only my first time to miss All Saints Day, and I’m only 11, with a whole life of All Saints Days ahead of me; I think I’ll risk my conviction, and if my principled choice came down to it, I’d wear my conviction to sleep in its sweet, triumphant embrace—if rather too tight, too hot and too roughish for comfort.

I very badly miscalculated. I ended up prostrate and pant-less on the whipping table, taking the maximum three off my father’s brown leather Hickock belt.

With the painful price of my conviction still throbbing in my memory, if fully healed on my behind, I went out on Christmas Day in a home-approved look. In fact I had not had any fashion run-ins with my father ever afterwards; nothing brought him to any remotely comparable sense of scandal after the low-waisted tights.

Of course, the coming and going of fashion helped. I passed unexamined with the high-waisted, double-pleated, loose-hipped, low-crotched, funnel-legged look, although I dropped it quickly on my own. It was cool and airy, all right, but, with its crotch hanging 10 or more inches below the natural one, it restricted lower limb movements; not to mention I rather felt inadequately empty down there. I hadn’t had any use for a crotch like that since I was newly circumcised.

It has just occurred to me that some of today’s pants look like a cross between the low-waisted and the low-crotched of my day. Those pants would definitely have cost their wearer the maximum penalty by my father’s scale of fashion justice. And with women’s fashion so inventively suggestive itself, if not downright revealing, I could only feel a sense of relief for the sister I didn’t have. As the firstborn of four brothers, I felt vaguely heroic taking paternal discipline in its first application; which, coming off such dutiful and overprotective hands as my father’s, tended to be unmitigated.

But Father eased up in time, even looking to progress toward the liberal. In fact I then began to appreciate his sense of justice; he left me alone when I began to earn my keep, which happened rather early.

I dropped out of college at 18 and began working as a journalist. Through the ‘60s, I went around unreprimanded with my hair worn down to my shoulders or pony-tailed and my feet sockless in my shoes. But I realized that certain concessions had to be made to the ruling taste, no matter if arbitrary or whimsical.

Some editors and news subjects imposed dress codes, and ignoring them could take away from one’s professional efficiency (one didn’t get one’s story) and advancement (one didn’t get one’s promotion). Only sports reporters got away looking as they pleased, but that had nothing to do with any sense of conviction; the play environment in which they worked simply favored them.

As one advances in age and into retirement, anyway, one also increases one’s immunity to fashion pressure; one tends to mind, or be minded less and less. My own wardrobe is now comparable in frugality and simplicity with my father’s: jeans and khakis, mostly plain cotton shirts and T-shirts, and soft-topped, rubber- or synthetic-soled—thus much lighter—shoes, worn with athletic socks for extra cushion. If I still miss my haircut, it’s not deliberate; it’s unconscious. Now the prime, if not the only, conscious consideration is comfort.

If indeed it’s the clothes that make the man, they are past their power of making or unmaking in my case. I have beaten them.