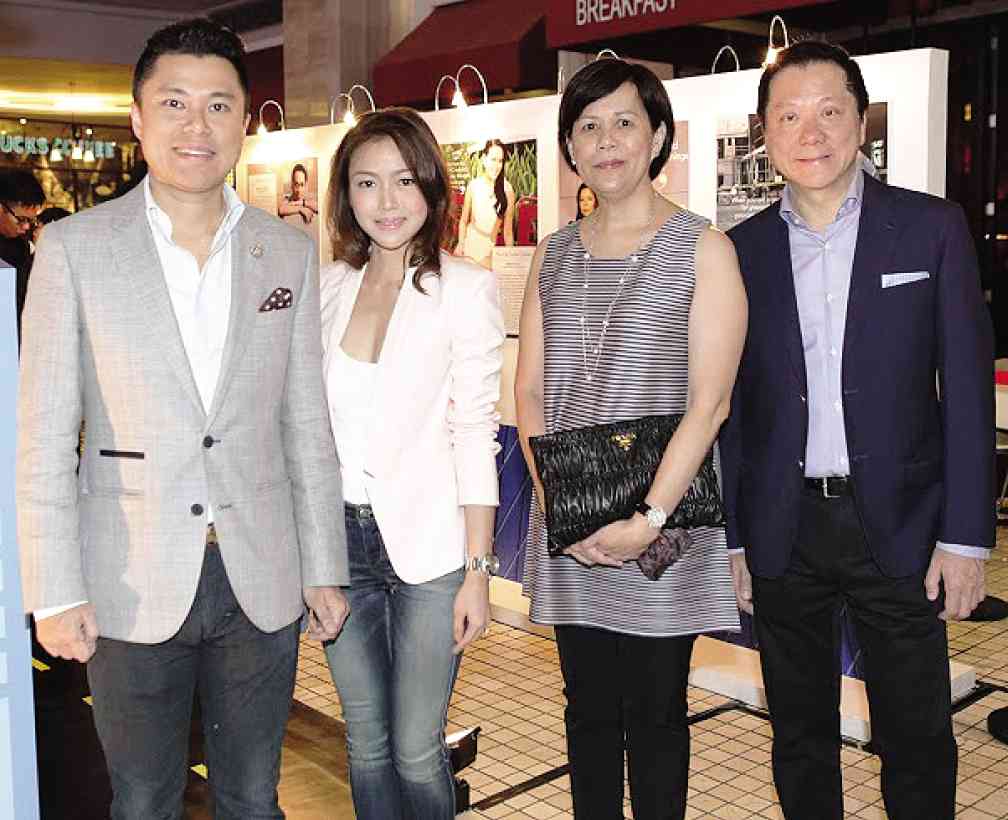 To mark its 25th year, Megaworld has come out with a book that gathers 25 people who each had a vision and went for it. The slim volume, dubbed “Chronicles of Visions,” was recently launched at Newport Mall in Resorts World Manila.

Portraits of the 25 “visionaries” were arranged at the mall’s public area on the second floor. The portraits were taken by Tom Epperson. The exhibit will then tour Megaworld’s other commercial establishments and townships in the next few weeks.

“We (chose) the 25 people after the different groups had nominated their respective tenants or clients,” Kevin L. Tan, first vice president of Megaworld, told Inquirer Lifestyle. “A committee then made the final selection. As far as I know, there were probably 50 nominees but after the selection process, these were the ones who made it.”

The mix consists of retail titans, executives and the company’s scholars who have found a home at Megaworld and whose stories prove that anyone can turn one’s vision to reality through hard work and dedication. Some of those featured attended the book launch including the president of SSI Group Inc. Anton Huang, night-life innovator Erik Cua and school founder Felicia Atienza.

In the write-up that accompanies his portrait, Huang recalled working summers in the store’s warehouse when he was 17. It was there where he “learned the skills of the trade and gained a deep understanding of and taste for quality.”

At a time when people his age were more interested in music and parties, he chose to learn as much as he could about his family’s business. “None of us grandchildren were forced to go into the business,” he said, “but it was part of my growing up. My early impressions were formed in shopkeeping surroundings.”

Cua looks every inch the party kid. In his profile in the exhibit, however, he said he’s not really a big party person: “I didn’t like going out when I was younger.”

What he liked then, and continues to enjoy now, is the creative process that includes thinking up new concepts and designing new places. When he was shown the space of Republiq at Resorts World Manila, he was informed that it was for eight tenants. Instead of sharing it with others, he took the entire space.

“That’s the reason I like working with Megaworld. I’m normally given a free hand in terms of size, design and location,” Cua said.

Atienza, now the president of the Chinese International School Manila on Megaworld’s McKinley Hill development, recalled why she decided to set up her school.

“When my firstborn turned 2 years old, I started thinking of possible school options for him,” she said. “It was essential that the curriculum be not only academically rigorous, but that there be emphasis on the development of 21st-century skills and an international mindset.”

Since none of the schools met her requirements, she decided to open her own: “August 2007 marked our first school year, and my son enrolled as one of the 35 inaugural students.”

These three visionaries saw or knew what they wanted and went for it even if this meant working during the summers, figuring out the nitty-gritty of a new club or putting up one’s own school.

“Megaworld began with a vision that Dr. Andrew Tan, our chairperson and CEO, had 25 years ago to give Filipinos the very best value for their real estate investment, offering them better lives by creating master-planned communities, now called townships, that Megaworld has become known for,” Kevin Tan said in a statement.

“As the years passed, we were happy to see that we were also able to help others realize their visions, from scholars of our very own Megaworld Foundation, to retail partners and companies who have found homes for the brands and businesses in our townships,” he added.