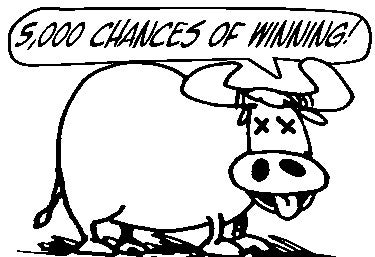 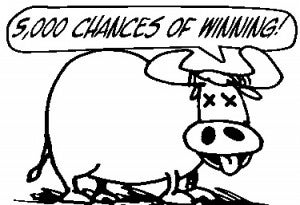 The word “te” as a variant of “ti,” the seventh tone on the musical scale, is a hardworking little gem among 5,000 words added to “The Official Scrabble Players Dictionary,” out on Aug. 11 from Merriam-Webster.

The dictionary’s last freshening up was a decade ago.

Entries in the forthcoming book that include texter, vlog, bromance, hashtag, dubstep and selfie were mere twinkles on the racks of recreational players.

But it’s the addition of te and three other two-letter words—da, gi and po—that has Robin Pollock Daniel excited.

Daniel, a clinical psychologist in Toronto, is a champion of the North American Scrabble Players Association, which has a committee that helps Merriam-Webster track down new, playable words of two to eight letters.

“Being able to hook an ‘e’ underneath ‘t’ means that I can play far more words,” explained Daniel, who practices Scrabble two to four hours a day.

“Sometimes you play parallel to a word and you’re making two-letter words along the way. I call those the amino acids of Scrabble. The more two-letter words we have, the more possibilities a word will fit.”

One woman’s te is another man’s “qajaq,” one of Peter Sokolowski’s favorites among the new words. He’s a lexicographer and editor at large for the Springfield, Massachusetts-based Merriam-Webster.

Qajaq, he said in a recent interview with Daniel, reflects the Inuit roots of kayak and would require a blank tile since Scrabble sets include just one “q.” But it’s a rare word starting with “q” that doesn’t require a “u.”

A bonus, to a word nerd like Sokolowski: Qajaq is a palindrome, though that’s inconsequential in Scrabble.

The new words add about 40 pages to the Scrabble-sanctioned dictionary, which already lists more than 100,000 playable words. Definitions are kept to a minimum but parts of speech and whether a plural is available are noted.

To be included in the 36-year-old book—this is the fifth edition—a word must be found in a standard dictionary, can’t require capitalization, can’t have hyphens or apostrophes and can’t be an abbreviation, in addition to being two to eight letters, reflecting the seven tiles players draw plus an eighth already on the board they can attach a long word to for bonus points.

Among the highest potential scorers among the new additions is “quinzhee,” a shelter made by hollowing out a pile of snow. Played on the board’s top row, ending at the top right through an existing “u,” and a player can score 401 points, including the 50-point “bingo” bonus for using all seven tiles.

Geocache was also added, voted into the dictionary by the public during a Facebook contest in May.

“It makes the game more accessible to younger people, which we’re always looking for,” Daniel said of the update. “All the technology words make it more attractive to them.”

Sokolowski anticipates a transitional period for some players who may need time getting used to the idea that so many new words will soon be in play.

“It is going to be a big step for a lot of people to switch to this,” he said, “but at the same time if you’re sitting at a Scrabble game after dinner and somebody plays the word selfie and somebody challenges that as not a real word, well guess what? It is.”