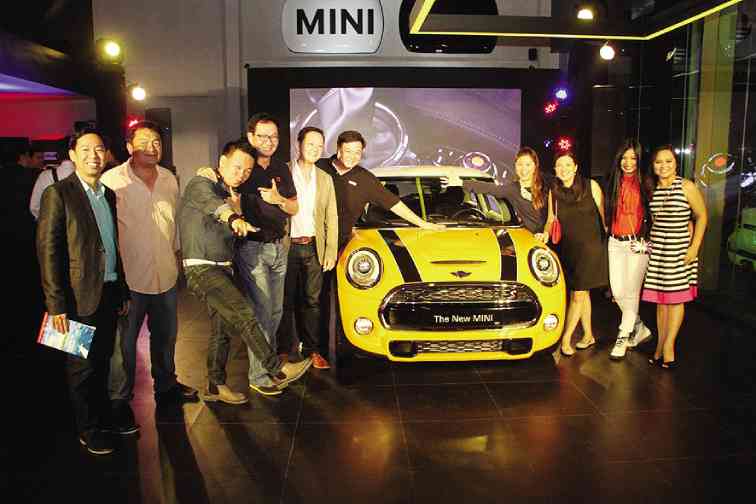 A car is a car is a car. Or so we thought, until the iconic British brand Mini launched its showroom in Cebu and convinced us otherwise.

In a room full of Mini owners and legions of devoted Mini fans, we discovered that, for them, the car is a dependable sidekick, a cheeky partner in spontaneity, a fun playmate, and, essentially, a dynamic extension of their personality. Their love for their alter ego is palpable and infectious.

Had the brand been a religion, “it’s more than just a car” would have been its creed; and chanting those six words would a summary of the faith. The car has definitely achieved more than cult status; it’s now a subculture, and one of the things its fans do is salute each other on the road by raising their pinky finger off the steering wheel.

For those of us who don’t have a Mini yet, we honestly can’t help but smile when we see one on the road. Something about its bug-eyed headlights and wee size next to full-sized sedans and SUVs tickle our fancy and make us want to roll down our windows, point at it and gleefully shout “Miniiiiii!”

It also always reminds us of Charlize Theron’s character Stella Bridger and her sweet parking job in the 2003 remake of “The Italian Job.”

The British-themed launch was one of the most fun nights we’ve had in a while, with a fully stocked beverage station marked as the Pre-Hangover bar serving everything from frozen strawberry margaritas in Union Jack-designed test tubes and ice cold Grey Goose shooters to Guinness.

Glass vases filled with apples and oranges, and wrapped in rows of spikes, studs and black ribbons, added a Brit punk element to the venue, as did the hot pink lights. The bartenders’ generous pours set the mood for a good time, and the hearty pub grub made for beyond satisfied belly rubs.

The owners of the Mini dealership in Cebu, president Krys Lyndon Go and vice president Brian Chua, with Mini Philippines president Willy Tee Ten and head of Mini Asia Preecha Ninatkiattikul, danced their way to the stage to The Beatles’ “I Want to Hold Your Hand.” We later found out from a Mini disciple that in 1966, The Beatles’ manager Brian Epstein gave each of the four band members a Mini Cooper S as a thank you for making them incredibly rich and famous.

The four gentlemen from Mini said a few words before making way for the highlight of the event, the launch of The New Original, which had  a black satin cloth cover all this time. Models dressed as British royal guards—who greeted us when we entered the showroom—marched in to the tune of another Beatles classic, “Revolution.”

Then The New Original was unveiled in all its Volcanic Orange glory, against a backdrop of sparklers running down the windows of the showroom’s façade. For two girls who don’t know a thing about cars, we had to admit, it looked bee-yoo-tiful. And tempting, too, knowing that the car comes in four other new colors; and, the interiors can be personalized.

Apparently, there are more than 10 million ways to customize a Mini, which just fills the hearts of enthusiastic Mini owners—believe us, the lot of them are enthusiastic—with joy.

The four gentlemen toasted to their partnership and the launch of the new showroom by downing a glass of Guinness, and Mini Cebu General Manager January Go raffled off some Mini merchandise, which sadly didn’t include a Mini, only a “mini” Mini.

We had a grand time at the launch, and we swear that a Mini is not just a car.