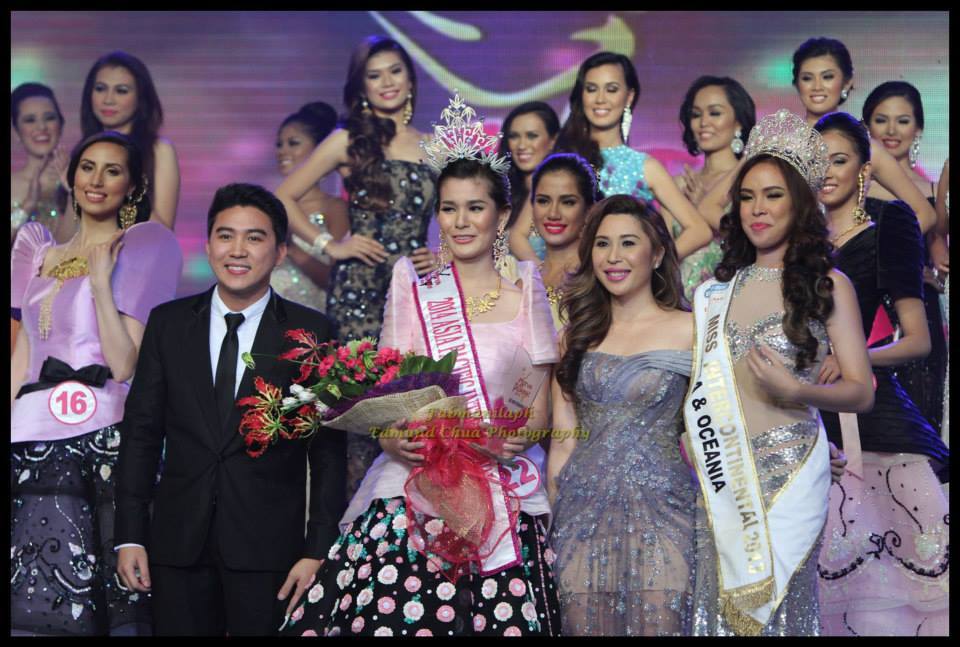 MANILA, Philippines—It sounded like a scene from the movie “Miss Congeniality.”

Two pageant contenders’ responses about “world peace” helped them to win the top prizes at the 2014 Mutya ng Pilipinas finals held at the grand ballroom of the Solaire Resort and Casino in Parañaque City on Friday night.

During the final round of questions, the Top 10 delegates answered questions posted by social media users.

When asked how she will educate young people about gender equality, Patalinjug said: “In a new era today we have our own opinions, and that must be respected. Gender equality must be respected, as well as those people that need to be educated. We must be upholding and respecting each other. We have different kinds of principles and values in life. We are unique and beautiful in own way. That’s why I’m urging every one of you to respect each other. Let love and respect reign in our hearts, so that world peace will be upon us.”

Her answer prompted pageant host Christian Bautista to say, “This is the first time in a pageant that I hosted where I actually heard world peace.”

His cohost Bela Padilla exclaimed: “I know. I only see it in movies!”

But it did not stop there.

When Perido was asked what question she would pose to God if given the chance to see him, the Tabuk City native said: “I will ask Him the thing that I can do for the Philippines, to help especially when it comes to world peace. It is through peace and unity that we can be as one, peace and unity will give us a better life.”

Patalinjug’s victory further established the Queen City of the South as a bastion of beauty.

Cebuana beauties before her had taken major Mutya titles two years in a row. Rizzini Alexis Gomez and Angeli Dione Gomez (not related) won the Mutya-Tourism International title in 2012 and 2013, respectively.

Patalinjug, 20, shared her thoughts about Cebu’s recent emergence in the pageant circuit.

“We are confident and we work hard in everything that we do,” she told the Inquirer after her coronation.