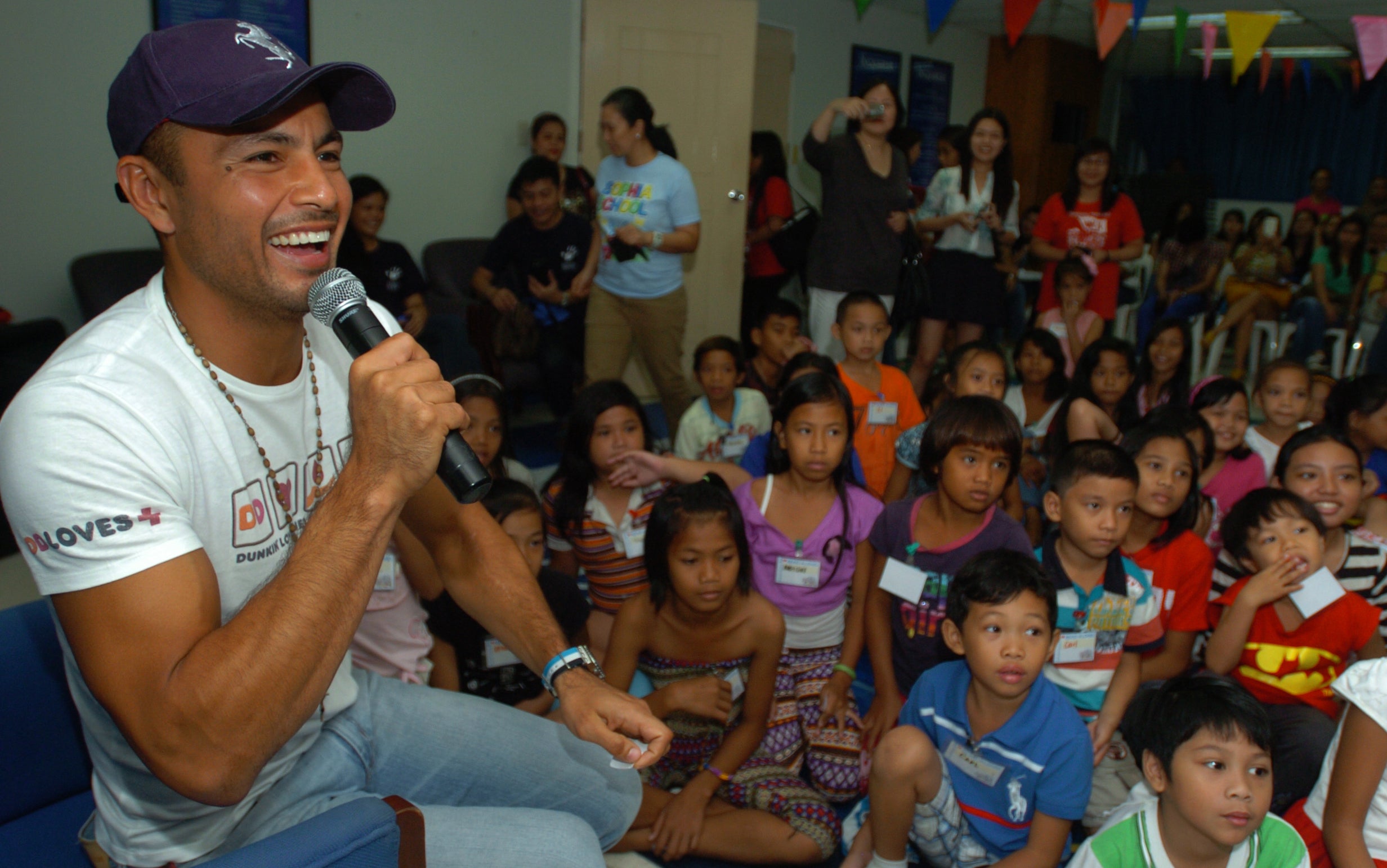 Derek Arthur Ramsay is a Filipino-British model, actor, host, and former VJ in the Philippines read the book during the read along event at Philippine Daily Inquirer Office in Makati City. INQUIRER PHOTO / RODEL ROTONI

MANILA, Philippines—We can be heroes through a strong will and determination to change the world—and even ourselves—for the better.

Actor Derek Ramsay and Sophia School principal Ann Abacan stressed this point as they read to 65 kids stories about heroic acts of courage and humility at the Inquirer Read-Along session on Saturday.

The session held at the Inquirer office in Makati marked the celebration of the National Heroes’ Month.

Abacan read Virgilio Almario’s “Sundalong Patpat” (Thin Soldier), a story about a quest of a slim wooden soldier to bring back rain to his town and rescue it from captivity by a monstrous octopus.

First-time reader Ramsay read “Filemon Mamon” by Christine Bellen, a story about an aspiring young actor who is hindered by his obesity to play his dream role as Andres Bonifacio in a school play.

“I had so much fun and it’s nice when you just bond with these kids,” Ramsay said. “I’m sure my attempted reading in Tagalog was painful to their ears but they didn’t show it, they just interacted with me and we had an hour of fun.”

Ramsay, who was known for his iconic superhero role “Kidlat,” said everyone can be a hero in his own simple way. “You don’t need lightning bolts coming out of your hands or any superpowers. That’s what I’m trying to tell the kids.”

“Heroes can change the world for the better, and we all have the chance to do that. It’s just how dedicated we are and believing that we can do so,” he said.

Ramsay said the character Filemon in his story, while exhibiting poor health, exercised humility and determination when he accepted another role assigned to him and started shedding pounds and living a healthier lifestyle.

“Instead of nagging or getting angry, Filemon still fights for what he want to do and reach for his goals. Those are what I think the qualities a hero should have,” he said.

Ramsay encouraged the kids to start living healthy at a young age—a lifestyle would positively affect them in the long run.

“The story shows that Filemon is struggling with his weight and he could not do the things he wanted to do and it stopped him from excelling,” he said.

“If you want to live a nice and long life, you really have to take care of your health. Whatever it is that you want to do—be a doctor, an athlete or an actor—it would be a lot easier when you’re in good health,” Ramsay said.

Twelve-year-old Lyka, who listened attentively to the Ramsay, found wisdom in the story read by the actor about the importance of good health.

Mia, 7, said she learned that anyone can exhibit heroic deeds, no matter how slim he or she is, like the thin soldier in the story “Sundalong Patpat.”

“I am glad the kids participated well during the storytelling and it truly inspired them to read more,” said Hands-On Manila volunteer Chie Salazar.