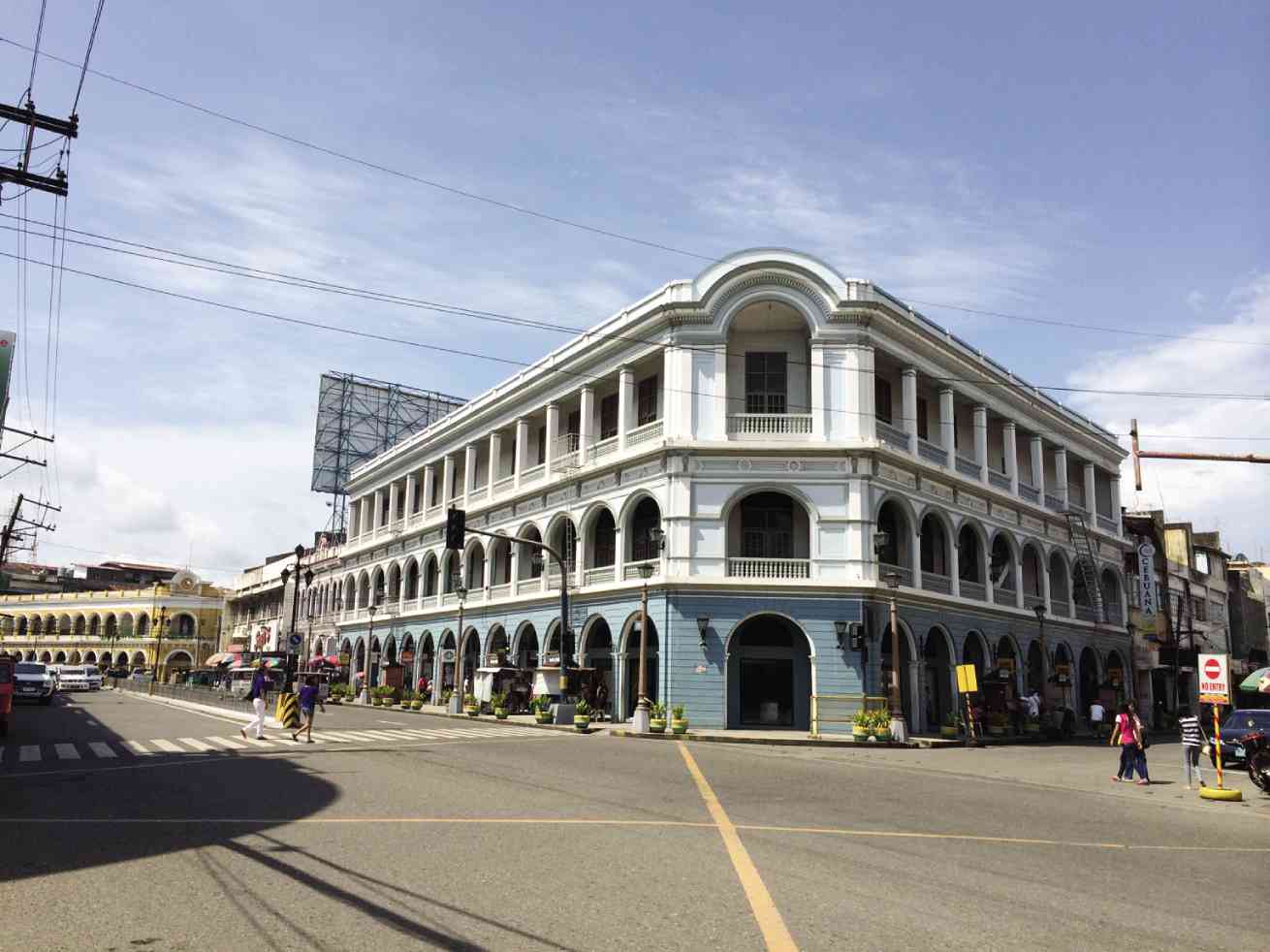 In any place we visit, it pays to have local knowledge.

In Iloilo City, our version of an all-in-one heritage advocate, cultural expert and insider guide comes in the form of true-blue Ilonggo Eugene Jamerlan.

In preparation for the Heritage Conservation Society’s upcoming conference on “Revitalizing Old Downtowns” which will be held in Iloilo this October, we made a quick getaway to revisit this historic southern city. Jamerlan immediately set about to give us a big serving of Iloilo’s cultural heritage.

For a start, we headed toward Arevalo district to Camiña Balay nga Bato, the former colonial family home (circa 1865) of the Avanceña clan. Today this vestige of Iloilo’s past has opened its doors to the public as a culture space-cum-restaurant. What used to be the old ground-floor silong is now Lola Rufina Curio Shop, which carries an assortment of Ilonggo-made merchandise that includes houseware, religious antiques and local food products.

As a nod to the family’s old textile trade, traditional weaves such as patadyong (tube skirt) and woven bags are displayed.

The current owners have transformed the second level into an heirloom gallery with an extended restaurant where guests can partake of traditional Ilonggo fare while getting into the house’s 19th-century period ambiance.

Food from the source

Over at Molo,  we drive through the backstreets of this former mestizo-Chinese enclave, past storied colonial mansions, in search of the most famous of fare that this district is known for: pancit Molo.

We find what we’re looking for in the home of Kapitan Ising whose family has been making Molo-style noodles and dumplings for several generations now.

There we witness ladies adeptly wrapping their dainty specialties while the men flip the dough to make flat noodles, and before we know it, we are being served with a huge bowl of freshly cooked pancit Molo soup. Delicately delicious, it is a true taste of a dish straight from its origins.

In another unassuming home, Charito del Rosario’s, we are treated to an impromptu demonstration of making empanandang kaliskis, panara and lumpiang ubod.

The first two are traditional pastry puffs. The former is made with a meaty filling of  pork, potatoes, garbanzos and raisins; the latter is filled with a more subtle and lighter stuffing of tauge (beansprouts), best eaten with a dip of local sinamak vinegar.

More than the food, there’s also history to be experienced in Molo. We drop by the elegant but faded Lacson-Yusay (aka Consing) Mansion just across Saint Anne’s Church from the main plaza, and ponder about the current state of Iloilo’s architectural heritage.

Local word is that a mall chain has bought the property and is planning to conserve the house as part of a retail complex.

Over at the Rosendo Mejica historical landmark, we’re introduced to the life and contributions of Ilonggo educator, writer and journalist Mejica. His 19th-century ancestral home houses a repository of personal memorabilia, including a collection of turn-of-the-century printing machines.

Something we have not realized before is how Iloilo City makes for a good base to explore nearby sites.

From the port area, a one-hour ferry takes us to Bacolod, where for another 20-minute drive, we are transported a century back in the town of Silay.

The historic quarter is still dotted with mansions from the days of the colonial-era sugar boom which made this town the envy of the whole of Negros.

We head straight to the Ramon Hofileña House and make it just in time for the 80-something Silayanon icon beginning the guided cultural tour of his 1930s home.

Inside, art works, heirloom pieces and curios all come alive with his animated stories.

Over on Guimaras island (a 20-minute boat ride from the Iloilo City wharf), we meet local Onyok Javelosa, who drives us to his resort passing the island’s numerous century-old mango trees.

Set amid a forested basin in the town of Ravina, Camp Alfredo is the perfect break from our cultural overload with its tasteful, prefabricated cabins, lush greens and a curiously P-shaped freshwater infinity pool.

For lunch, we are taken to the rustic Camiña Balay nga Kawayan Restaurant  in Sibunag, where we are served traditional Ilonggo dishes amid a hill with a commanding view of Lawi Bay.

Of late, Iloilo has been generating buzz over its gradual revitalization of its old downtown area. One by one, designated heritage buildings are getting a needed facelift, thanks in large part to the efforts of the people behind the Iloilo City Cultural Heritage Conservation Council.

Once covered with grime and oversized commercial signs, the overlooked details are now slowly revealing their architectural beauty with their eclectic turn-of the-century and Art Deco styles proclaiming their elegance.

At the heart of this growing cultural revival is the old Calle Real. From here, a walk through its busy arcaded sidewalks takes us to the historic and leafy Plaza Libertad facing 19th-century San José Church.

The 1870s Casa Real is being refurbished as an events place, as extension of the modern Provincial Capitol. Plans are afoot to convert the 1912 City Jail into a branch of the National Museum.

These days, things are certainly looking up in Iloilo as the city moves forward while embracing its past.  For the cultural traveler, there’s a lot of new discoveries.

On that quick weekend swing, all we needed was just one point of contact to immerse ourselves and enjoy the wonders of Iloilo’s heritage through the eyes of an ardent Ilonggo insider.

The Heritage Conservation Society will be holding its annual conference in Iloilo city with the theme “Revitalizing Old Downtowns,’  Oct. 24-26. A special heritage tour will be conducted by Jamerlan. The public is invited to join. For details, e-mail [email protected]