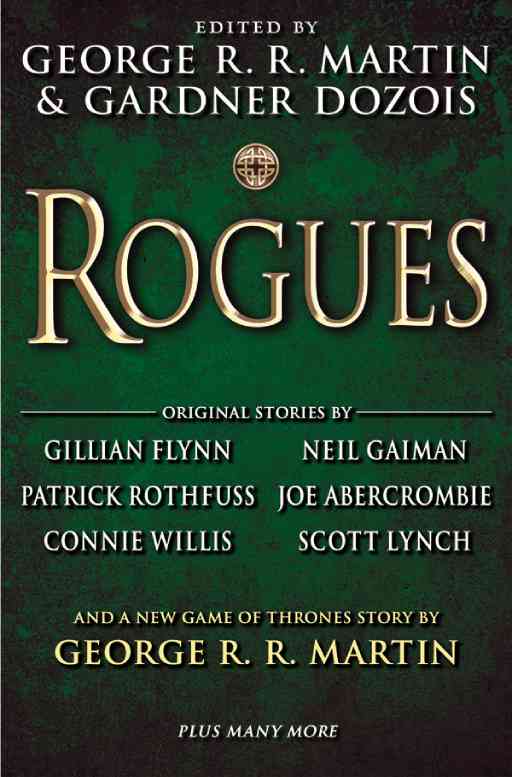 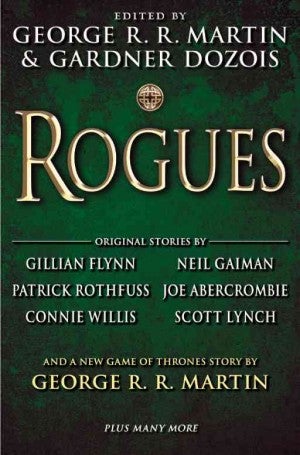 The New Oxford Dictionary of English defines the word rogue as “a person whose behavior one disapproves of but who is nonetheless likeable or attractive.”

Martin, the biggest name in fantasy because of the world-burning success of his Song of Ice and Fire books (better known after being adapted for cable television as HBO’s “Game of Thrones” series) and Dozois, a respected name in science fiction, have been co-editing these anthologies for a while, including, most notably, 2010’s “Warriors” and 2013’s “Dangerous Women.”

Both these anthologies featured a brand-new and exclusive prequel story by Martin set in the world of Westeros and its environs.

“Rogues” features 21 new stories full of magic, technology, skullduggery and violence. In keeping with Martin’s anthology habits, the book includes a new “Thrones” story by Martin, “The Rogue Prince, or, a King’s Brother.”

In his introduction, Martin sets the parameters of what he asked from his contributors: “a story about a rogue, full of deft twists, cunning plans and reversals. No genre limits were imposed upon any of our writers. Some chose to write in the genre they’re best known for. Some decided to try something different.”

Thus there is a palpable mix of themes in “Rogues,” such as a bunch of high-concept sci-fi, a handful of sleek crime stories and a disproportionately large number of fantasy tales most likely owing to the preponderance of rogues in that particular genre. The contributions are well-written, though your mileage will vary depending on how familiar you are or how much you like these kinds of stories.

All sorts of liars, scoundrels, scalawags, swashbucklers, thieves and ne’er-do-wells ply their trade lustily in these stories. There is stolen art to be fenced, money to be earned, mystical items to be whisked away and teeth to be kicked in.

The big names come out swinging. In “What Do You Do?,” “Gone Girl” author Flynn tells the tale of a book-loving fake psychic who attempts to con her way to a lucrative “haunted house-cleansing” gig, but is terrified by the growing prospect that Carterbrook Manor may actually be a haunted house.

“Sandman” creator Gaiman returns to the universe of his 1996 novel “Neverwhere” with the humorous, nimble story “How the Marquis Got His Coat Back,” where the self-styled Marquis goes through a lot of trouble to regain what was taken from him when his throat was slit and he was incorrectly left for dead. All this for a coat that the Marquis gushes: “It was beautiful. It was remarkable. It was unique.”

Saving the most anticipated for the last, Martin provides another prequel to the events in A Song of Ice and Fire with “The Rogue Prince, or, a King’s Brother,” centered on the exploits of one doomed Daemon Targaryen, told through the records of Archmaester Gyldalyn. The formal, dense, sprawling, history-styled story immerses the readers into an earlier, much more tumultuous Westeros—full of scandals, conquest and dragons, maybe just the thing to tide eager fans awaiting the sixth “Thrones” book, “The Winds of Winter,” with a release date remains unconfirmed.

“Over the centuries, House Targaryen has produced both great men and monsters. Prince Daemon was both,” the record runs. “He is made of light and darkness in equal parts.” He is thus the perfect exemplar for the wayward subjects of this anthology.

Many readers will probably approach this anthology for the “Thrones” story, but will wind up staying for the others on the menu, especially those new to these settings and styles.

The whole idea of “Rogues” revolves around breaking barriers between genre through thematic elements; and ultimately, Martin argues convincingly that, regardless of what’s in them, great yarns attract the right audience.

“Books should broaden us, take us to places we have never been and show us things we’ve never seen, expand our horizons and our way of looking at the world,” he writes. “Limiting your reading to a single genre defeats that. It limits us, makes us smaller. It seemed to me, then as now, that there were good stories and bad stories, and that was the only distinction that truly mattered.”