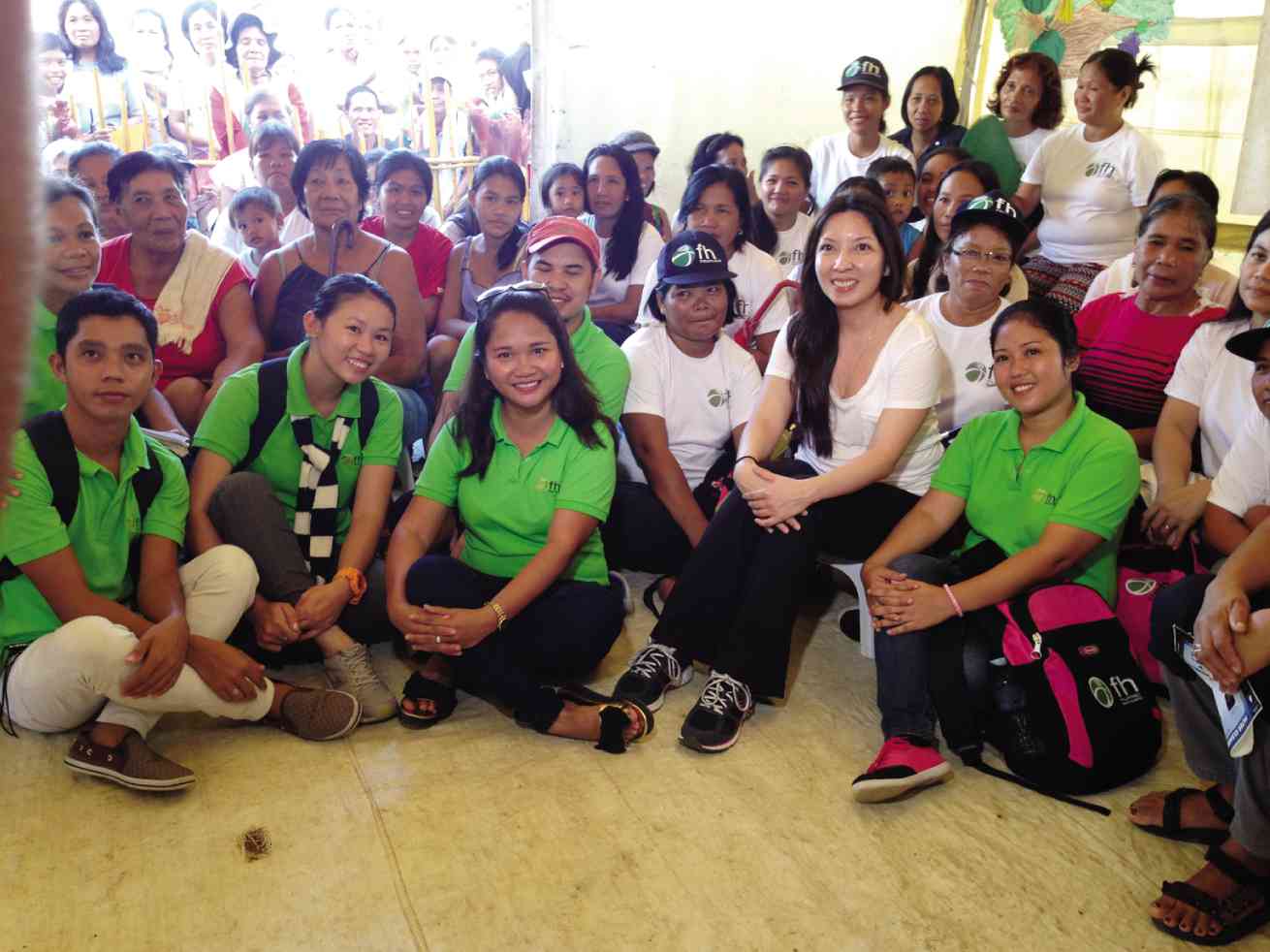 After super typhoon “Yolanda” (international name: Haiyan) hit the province and initial relief efforts were carried out, nongovernment organizations are now in the long-term recovery phase. One of these groups is Food for the Hungry, a global organization supported by Coca-Cola Femsa Philippines and Coca-Cola Foundation, which has been tapping barrio mothers to carry out the mission of sanitation.

Lawrence Espina, health sector head of Food for the Hungry, explains that the first thing they had to address was providing potable water. “Next is to teach good hygiene, which is usually neglected in times of calamity.”

The mother leader campaign is part of a cascade-type program called WASH, which stands for Water, Sanitation and Hygiene. Espina chooses several mothers in a purok to be trained as mother leaders. They are taught basic health and hygiene practices through lectures and flip charts translated into Filipino.

These mother leaders then pass on the information to nine other mothers, making up a “Neighbors Circle.” It pretty much works like folklore, it spreads through word of mouth.

We recently visited Barangay Mabuhay, a sunny coastal town of 4,400 families where most residents earn through fishing and farming. It is an adopted municipality where Food for the Hungry has set up a multipurpose center, which serves as a makeshift classroom and playground for kids, and a venue for WASH lectures.

There were 29 mother leaders in Barangay Mabuhay. One of them was Maricel Santos Pardilan, 44, a grandmother who used to run a sari-sari store before Yolanda hit the town. She now keeps herself busy as a mother leader, teaching hygiene to families and neighbors.

“We were taught to wash hands in flowing water from the faucet, or to use a tabo (dipper),” she says. “We used to just dip our hands in a shared basin of water, and that may cause contamination. We were also taught how to filter water for drinking.”

Young mother Katrina Arpon, 23, says she teaches kids to wash hands before eating because they usually get distracted after playing.

Another mother, Yolanda Tejero, 52, demonstrated how to use the Sawyer water filtration system, a low-maintenance water filter that produces potable water without chemicals. Coca-Cola Femsa has distributed nine Sawyer systems per adopted barangay that produces 20 liters of water in one hour of filtration.

After Yolanda hit, Espina says it took a month before they had clean water. “The water system was totally damaged and sources were contaminated. There was also a high incidence of diarrhea, because people still cooked rice that was in contact with floodwater.”

“At first, we gave urgently needed donations such as bottled water. We lent whatever trucks were left running from the Tacloban plant to organizations that delivered and transported goods,” Avelino says. “Now, we are working with Food for the Hungry to reeducate and spread awareness on sanitation practices—an essential component in a disaster situation.”

Coca-Cola Femsa has donated P3 million to Food for the Hungry for the Samar health programs. It also provided mobile emergency water-treatment plant that can produce 32,000 liters of water a day in preparation for future calamities.

Avelino adds that “unhygienic practices promote disease, and if people get sick, it will take more time for them to go back to work, or they would have to spend whatever resources they have on medical needs.”

The center also houses a Child Friendly Space, a hub where children can play and are taught how to properly wash their hands and brush their teeth by volunteers. Mother leaders are considered volunteers, and are given a P100 allowance per day. This helps them have a day’s budget, says Shirley Daga, 33, mother of two. “Our husbands used to fish, but their boats got destroyed, or they planted crops like camote, banana, palay, but there’s hardly harvest. Volunteering helps housewives like us earn.”

Being mother leaders benefits them personally, too.

“Being mother leaders helped us develop skills in talking to people, giving lectures. The training gave us confidence,” adds Pardilan. “We know that eventually the relief will stop coming in and we will recover; by then I hope to put up a small bakery.”