Haruki Murakami's new novel journeys to the past | Inquirer Lifestyle 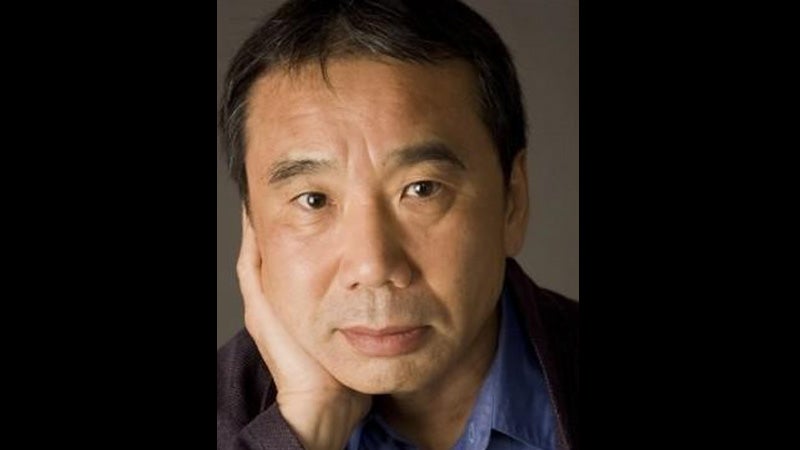 Haruki Murakami’s new novel journeys to the past

NEW YORK — Haruki Murakami’s new novel is yet another risky reunion with the past.

“The past is my treasure chest, and once I open it, I have so many materials in there,” says the 65-year-old Japanese author, whose “Colorless Tsukuru Tazaki and His Years of Pilgrimage” was published this week in the United States.

A perennial Nobel candidate whose current book quickly sold more than 1 million copies in Japan and hit Amazon.com’s top 5 before U.S. publication, Murakami has saved his fans time by completing a novel of around 400 pages — less than half the length of his previous work, “1Q84.” But readers will recognize the author’s themes of loneliness, disconnection and regret.

Drawing upon his memories of broken relationships, Murakami’s title character sees himself as dull and unwanted, without “one single quality” he believes “worth bragging about.” Tsukuru is a 36-year-old railroad employee still wounded by a loss from his college days, when four close childhood friends abruptly cut him off and wouldn’t tell him why.

“It’s like being thrown from the deck of the ship to sea, alone, at night. And so I just wanted to write about such a sentiment. What I wrote is made up, but the sentiment is true,” Murakami said during a recent interview at the offices of his American publisher, Alfred A. Knopf.

For author and character, the book is a story of a life examined and reclaimed. Tsukuru seeks out his friends at the urging of a woman he has started dating. Murakami said he began “Colorless Tsukuru” around three years ago as a work of short fiction, but soon found himself caught up in Tsukuru’s mystery. The author didn’t know at first why Tsukuru’s friends had abandoned him and he expanded the narrative as a way of finding out.

“I had to know his past,” Murakami said. “I’m making it up and at the same time I’m finding it.”

A native of Kyoto, Murakami has extraordinarily precise knowledge of when he decided to become a writer. The epiphany struck not in childhood, but in his late 20s. It was around 1:30 p.m. on April 1, 1978, when Murakami was attending a baseball game in Tokyo, watching an American named Dave Hilton hit a double.

“And it was at that exact moment that a thought struck me: You know what? I could try writing a novel,” he wrote in the 2007 memoir, “What I Talk About When I Talk About Running.”

His first novel, “Hear the Wind Sing,” came out in 1979. Within a decade, he was a superstar thanks to “Norwegian Wood,” a million seller that told of a student’s suicide in the late 1960s and the scars it left with his best friend and former girlfriend. Murakami’s best-known works include “Kafka on the Shore” and “The “Wind-Up Bird Chronicle,” and he has won the Jerusalem Prize and, fittingly, the Franz Kafka Prize for work that demonstrates “existential, timeless character.”

In person, Murakami is both an ordinary man, wearing plain slacks and a windbreaker and likening writing to manual labor, and an exceptional man, who thinks of writing as a kind of transformation. He notes that when working on “Kafka on the Shore,” he felt himself becoming the book’s protagonist, the teen runaway Kafka Tamura, seeing what Kafka sees and believing what Kafka believes.

In “Colorless Tsukuru,” Tsukuru has a mind like a novelist, the real and the imagined so intertwined that “he’d tremble sometimes with the excitement of it all.” Murakami’s characters often find themselves unable to separate dreams from waking life, and the author has been compared to Gabriel Garcia Marquez for such surreal details as the talking cats of “Kafka on the Shore.”

“So many people think of Marquez’s writing as magical realism, but … to him, his world was realistic and he just wrote about it,” Murakami said.

“Cats speaking — that’s realism to me. That’s very natural to me. … (But) if somebody had told me when I was 26 years old, ‘You’re going to be a famous author and come to America and be interviewed by The Associated Press,’ I wouldn’t have believed that. ‘You’re kidding me,’ I would have said.”