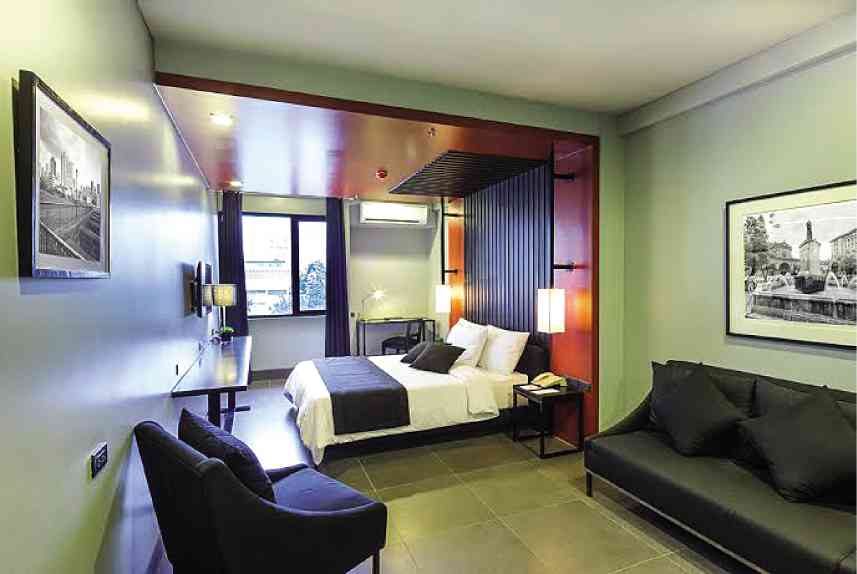 Oversized antique accent seats that hark back to a genteel era, modern art works ensconced in red niches—touches from Manila’s Art Deco period will welcome guests to Amelie Hotel Manila when it opens third quarter of this year. It is interior stylist Anton Barretto’s way of paying tribute to Manila’s old splendor.

Malate and Ermita, the twin districts by the bay, had an illustrious past—with public offices, parks and promenades, and houses designed by pioneers in urban planning, architecture and design, such as Daniel Burnham, Juan Arellano, Juan Nakpil, Tomas Mapua and Pablo Antonio.

Barretto, inspired by Manila’s “golden age” in architecture, picked design elements from the era, and used them in fresh and innovative interpretations.

Barretto used architecture details that capture the distinct charm of Manila’s Art Deco period and presented them in subtle but striking ways.

The color palette—black, red and gray used in the details of walls and ceilings—evokes a mood of refinement and luxury.

The rooms are spacious. And, Barretto used the generous proportion to highlight the sleeping area by using an ingenious design scheme. He used simple and streamlined furniture to give the space a sleek, modern look.

Amelie Hotel honors Filipino artists through art exhibits on each floor. This, says Barretto, is meant to put hotel guests “in touch with our culture. Hopefully, through these exhibits, they will have a better understanding of Filipinos, how we’ve evolved through the years.”

Barretto, editor in chief of Metro Home and Entertaining, describes himself as an “interior stylist” who designs according to the personality of the people who will inhabit his creations.

It was in the late 1990s when Barretto found himself in the limelight, after designing Rajo Laurel’s apartment at Rockwell. Laurel, who was then leaving for New York, asked Barretto to design his apartment with instructions to make his walls white, “look modern,” minimalism being the fashion trend at the time, and white the “palette du jour.”

When Laurel came back from his trip, he found an apartment ablaze in red.

Notwithstanding the digression from his instructions, Laurel was extremely pleased with the outcome. He had just been to museums in the US and became particularly drawn to the color red when he saw it used to great effect in an exhibit of African tribal art.