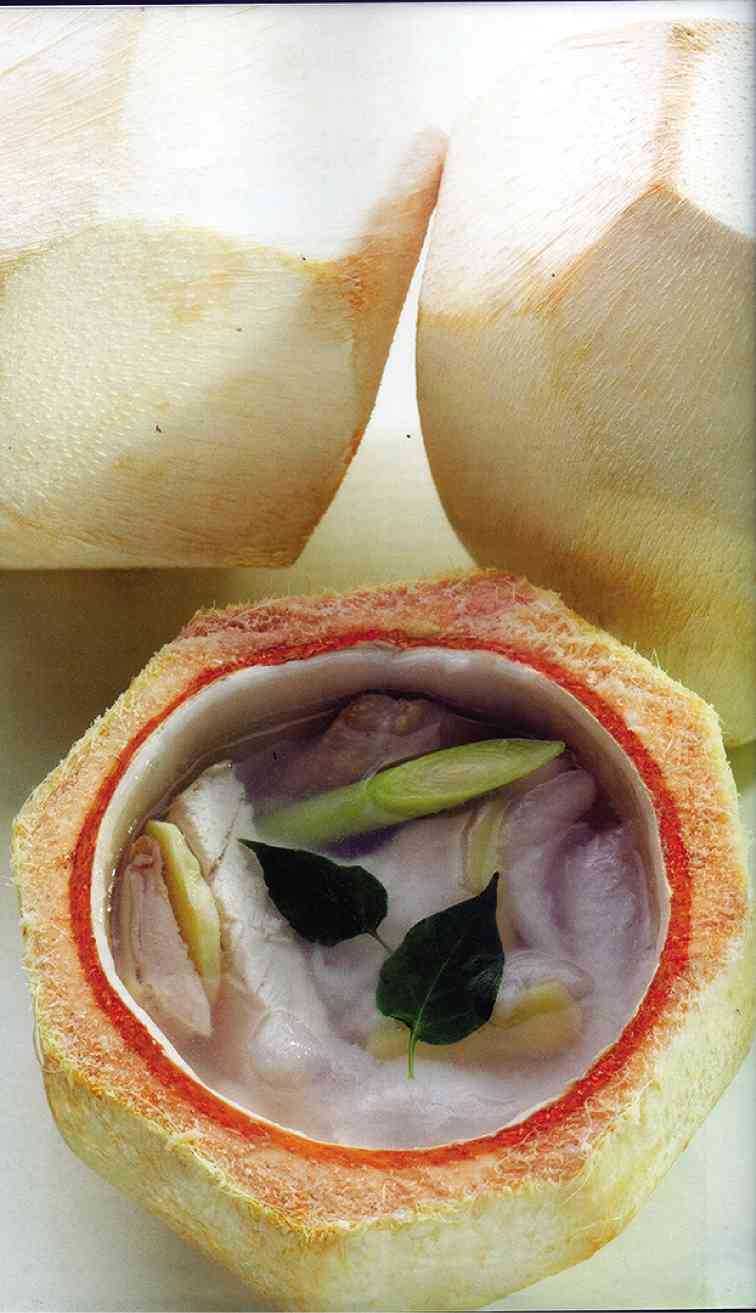 BINACOL of Panay and Negros PHOTO BY NEAL OSHIMA FOR “KULINARYA”

Walking through the pathway going toward San Pablo, Laguna’s Lake Pandin, our guide pointed to the sparse coconut trees around us. He blamed the coco lumber business for the decreasing number of trees in a province otherwise known as coconut country. With a sigh, he added that absentee landlords don’t seem to care at all.

But both provinces are really in danger of not having any coconut trees left. It has been reported that a scale insect identified as Aspidiotus rigidus has been killing the trees by blocking the leaves’ openings so the tree cannot produce the food it needs. The visible sign that a tree has been infected is the yellowing of its leaves.

The disease has also been observed in Batangas. Reports say that a chemical spray may check its spread, but the treatment is not organic and may have an adverse effect on the environment.

The news made me look upward to the two trees in my yard; I was checking if the leaves were turning yellow. They still looked healthy. Their leaves used to touch the ground when we first moved in, but now they are too tall.

The problem hit home when the man who delivers buko (young coconut) every other day said he wouldn’t be coming for three weeks. I thought he was on vacation but, at the wet market last week, there was also no buko to buy.

It was Antonio Pigafetta, chronicler of Ferdinand Magellan’s 16th-century voyage, who noted right away the usefulness of the coconut. Calling the tree palmito, he described how wine was made by tapping into the heart of the tree, where the liquid was collected into “canes,” or what we now know as bamboo containers.

If vinegar was required, the wine would be left out in the sun to ferment. Pigafetta enumerated the uses of the “choco”—juice for drinking, milk, oil, and even bread from its grated white part.

So impressed was the chronicler with the palmito that he declared how “two of these trees will sustain a family of 10 persons.”

We have been taught how the coconut is considered the “tree of life.” Other than Pigafetta’s list, we also know that the leaves’ midribs can be made into the hardy broom called walis tingting.

The leaves, when knotted and placed into seawater, can actually catch fish.

The pith of felled trees is the heart of palm or ubod, main ingredient of a spring roll or a Silay, Negros Occidental, drink called ensalada.

Studies have proven that virgin coconut oil is good for the health; and now, coconut sugar is a health product as well. The dried used fruit, when halved crosswise, becomes bunot to scrub wooden floors with.

The coir from husks can substitute for peat moss in gardening. It can stop soil erosion when braided and can also be used as stuffing for seats. The shell can be processed into charcoal.

While most provinces use coconut milk for cooking, it is Bicol that is considered foremost in its use of gata (coconut milk) for many of its dishes.

“The Coconut Cookery of Bicol” by Honesto C. General has more than 20 recipes, with some using grated lukadon (coconut meat between mature and young stage) and coco vinegar.

In Bicol, the collective name for vegetables cooked in gata is gulay. When Bicol dishes travel out of the region’s borders, their names are transformed. Gulay na natong becomes laing. Tinuktok is more widely known as pinangat.

To neglect our coconut trees is to endanger our cooking. We can’t have many of our rice cakes anymore—biko, suman, bibingka, sapin-sapin. We can’t have our chicken cooked in coco milk such as hinatukang manok in Leyte and pyanggang manuk in Jolo or boiled with buko juice in the binacol of Panay and Negros. We can no longer make our filling merienda of guinataang halo-halo called differently in many places (the paridosdos of Ilocos, the binignit of Cebu).

That is why, for the 12th year of the Doreen Gamboa Fernandez Food Writing Award, the theme is coconut—whether cooking with it, processing it for cooking, eating it. This is the award’s tribute to this most important tree in the country.

Contest rules have remained the same. Entries have to be in English, in essay form and should be 800 words or 5,000 characters. Contestants can submit up to two essays but each one has to have a different pen name. A separate file should include author’s information such as pen name, real name, address, telephone numbers (cell and/or landline). Indicate if you are a student although this has no bearing on the judging. Submit by e-mailing [email protected] Deadline for submission is Oct. 31. There will be cash prizes and books for the winners.

The coconut tree is battered by typhoons, pests and also bad publicity by those who espouse their own oil products (soy, palm, corn). We hope that those tasked to protect it will do so earnestly.