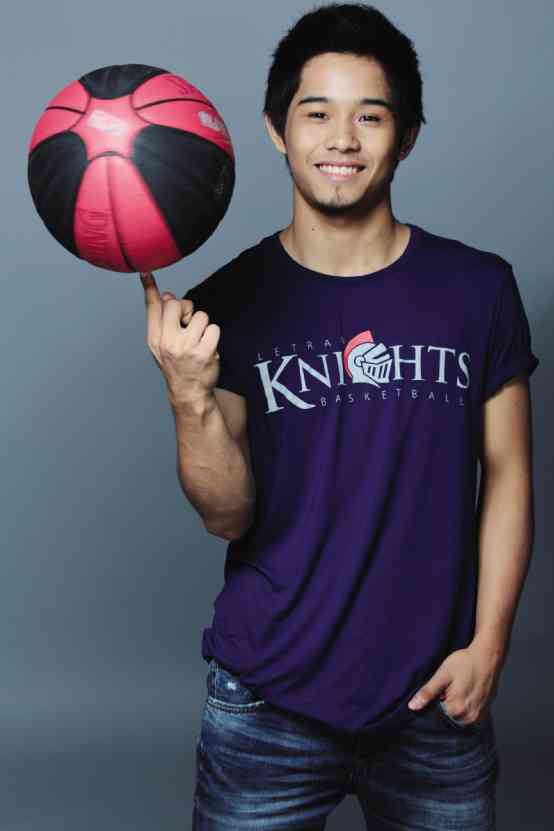 It didn’t take Mark Cruz too long to be noticed in the Letran senior basketball team tryouts. Even given his 5’5” height, he stands out among taller and stronger players.

The small but terrible Mark is now team captain of the Letran Knights.

Playing computer games and basketball, and staying out late with friends—that’s how Mark describes his childhood. He remembers how strict his parents were, and how they would purposely lock the doors whenever he got home late.

At age 21, Mark has already gone through a lot in life.

He was only 17, about to enter college, when he sired a girl. It was a time of hope and obstacles.

“It wasn’t easy because I was too young. Others looked at it as a struggle, but I took that event in my life as a blessing instead,” he now says proudly.

“When my daughter was born, I didn’t know where to get money. We were financially challenged then,” he recounts. “But there’s no problem that can’t be solved … Soon everything went back to normal. And I’m thankful to God and the people who helped us along the way.”

Mark says that the mere sight of a basketball or a court ignites  his passion for the sport. Inspired and influenced by his brother, GlobalPort point guard Marvin Cruz, Mark plotted the steps he would take to make it on his own.

Mark is also a point guard, quite a difficult position  in a sport where height matters. He narrates his experiences during games against taller opponents, saying there is much joy when he gets through the big guys and scores.

“Tall players are sometimes intimidating, but I don’t fear them. I device ways to score and use my height as advantage, rather than merely looking at it as a disadvantage,” he says.

So far, one of his memorable moments in the National Collegiate Athletic Association (NCAA) was during his rookie year with Letran. The memory of that year, 2010, brightens up his face.

“Our team made it to the finals, and I was very happy. It was just my first year, and I got to experience what it was like to reach the finals,” Mark says, even though the Knights failed to win the championship.

He has lapses and committed mistakes in the game; these push him to train harder. He believes that the mistakes of a player in previous games should not be repeated. He sees every game as an opportunity to improve.

After school and basketball practice, he goes home where his wife and four-year-old daughter are waiting. He always looks forward to getting hugged by his loving family.

“My inspiration is my family— my wife and my daughter. In tough times it is from them that I get my strength. They are my greatest source of happiness and motivation to be a better person,” he says.

Mark admits the difficulty of managing his time as  father, student and athlete. But he knows how lucky he is to have a family supporting him all the way in his career and studies.

With one more year left as a Letran Knight, he looks at the brighter side, saying he will give his best and do everything for the team to achieve victory.

In his last playing year, he wants to relive the memory of his rookie year—the joy, the loud cheers from the crowd, and the ecstatic feeling of fighting for the championship title.

Mark is thankful to God for everything that’s been happening in his life. For the Knights, he aspires to give his all to win. For his family, he wishes nothing but the best. And for his daughter, the gem of his life who lifts up his soul, he dreams of a bright future.